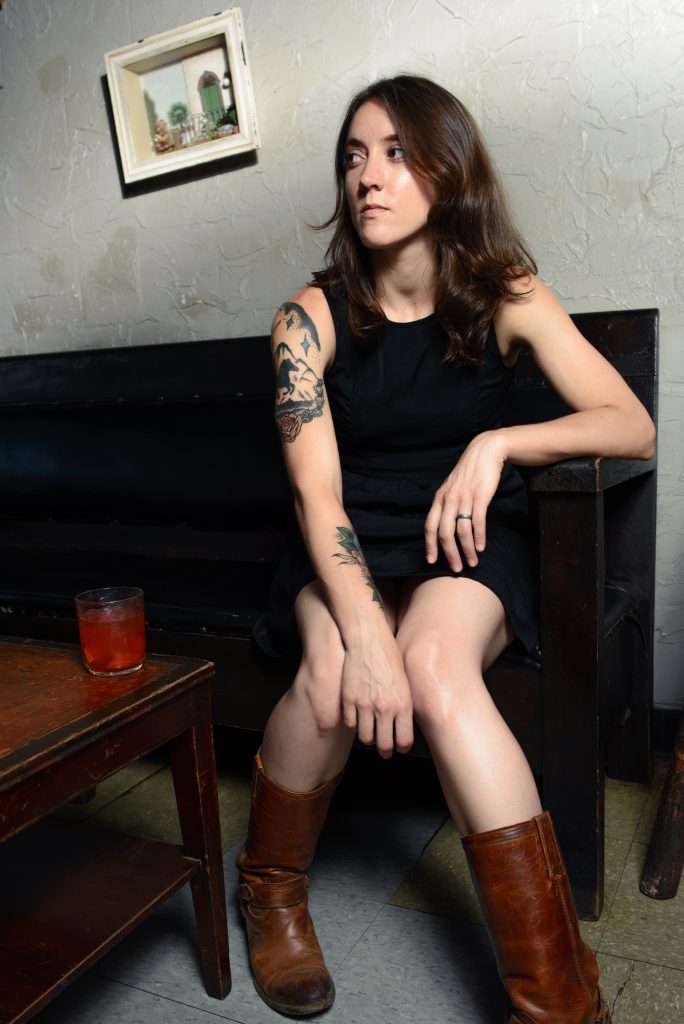 28-year-old Sylvia Rose Novak is a folk/Americana songwriter, a multi-instrumentalist and activist based in Birmingham, Alabama, USA. We spoke to Sylvia about the inspirations behind her songwriting, her growing collection of tattoos, and background in horse-training… Did you ever realize that music and songwriting were your passion?It was almost like a train hitting me in the summer 2013. I wrote a couple of songs in the six months leading up to that revelation without any real purpose or desire to make it “a thing”. But, honestly, it feels like lightning hit me at some point that June and I’ve never looked back.

What inspires your songwriting style? Are there any people you admire? Ryan Adams. Ryan Adams is my dream. I would love to be Ryan Adams when I grow up, with pinball machines and a black Cadillac. He was fascinating to me. He’s also one of my favorite writers and musicians. Jason Isbell is a man I admire greatly. As far as what inspires me, that’s a grab bag. It could be a minor character in a book I’m reading or maybe just the state of the world. I’ve written songs about people I’ve never met just because their story struck me. Although I prefer to write about people and things that aren’t me, I will occasionally do so.

What does music have to do with your other interests like yoga or horse training? One of my friends and, for lack of a better word, “mentors” in the yoga community (Ruby Chandler. She has a dog. Shakti Power Yoga Athens. She is simply amazing. One of my songs was played in a class that I attended once, and it worked. It was always something I wondered about. My yoga practice has a greater influence on my live performances than my writing. I try to stay totally present for and connected to the audience – that is yoga.

For a long time, I was a horse trainer. Sometimes, I still do one-off training. It’s in my blood. People will bring me a horse and say “This horse isn’t safe. It’s explosive. It’s impossible.” and 99% of the time, they’re just not listening. The horse is anxious or scared. Some of the best horses I’ve ever worked with were “impossible”. Now, I mostly just hack around on my horse of 11 years, Milo (who was also “impossible”.) I bought him in 2007 and have a deep love for him. He’s a big fat thoroughbred and he’s ridiculous. Like a giant dog.

There are so many projects on the go, what can you do to take your mind off of them all? I’m actually currently sitting on my couch rereading “Sex, Drugs, and Cocoa Puffs” for the fourth time. This is one of my very rare quiet mornings, so I’m enjoying it immensely (as I wait for the internet installer). I find ways to decompress when I can, but it’s rare. Hitting my yoga mat and working with my horse both help even though they’re active things. I like to run whenever I can. I’m also a big fan of wine. Particularly Shiraz and Pinot Noir.

Can you tell us about your tattoos, you’re an incredibly creative person, are your tattoos a reflection of this? I think they’re more a reflection of the tattoo artists. Most of the time I walk in and say “this is kind of what I want and where I want it”. They will do the rest. I’m not a visual artist. One of my acrylic paintings of Warren Zevon looked a lot like Jim Henson. [My husband hangs it up in the house, anyway.] I have the album artwork from Jason Isbell’s “Here We Rest” on my back. It’s a piece of artwork by Browan Lollar. That record is my favorite, but I also love the piece of art. Ryan Adams tribute on my forearm is my favorite tattoo. Radar, from Walk The Line in Athens GA, knocked it out the park. My tattoos are more a testament to my inspirations than my actual creativity. – except for the compass earth between my shoulder blades. That one’s a reflection of being 18 and making a poor life choice.