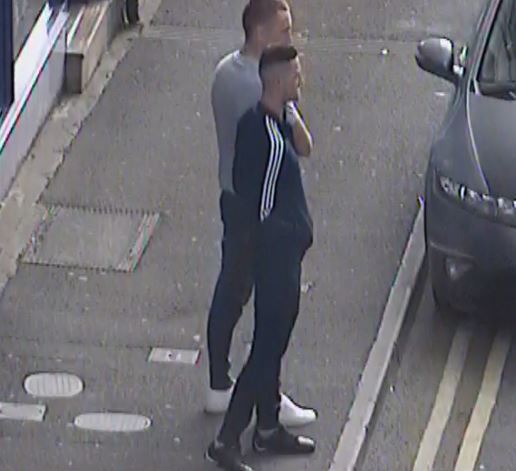 POLICE are interesting for 2 potential witnesses after a person was assaulted and objects have been stolen in a tattoo store.

An Avon and Somerset Police spokesperson stated three individuals have been reported to have gone into The Satan’s Den Tattoos store in Center Road, Yeovil, at round 4.35pm to 4.45pm final Friday (October 16).

A person was subsequently assaulted and jewelry and cell phones taken.

The power spokesperson stated officers try to trace down two males who they hope may also help with the investigation into the incident.

The spokesperson stated: “CCTV enquiries have been carried out and the footage confirmed two individuals who we consider could have witnessed what occurred and will help our investigation.

“We’re releasing an image of them as we attempt to determine them.”

A 34-year-old man and a 35-year-old lady have been arrested in reference to the incident. They’ve since been launched on bail.

Should you witnessed what occurred or recognise the 2 witnesses seen on CCTV, name 101 and quote reference 5220235211.