In pictures: Phat black cat on back at capital tat meet 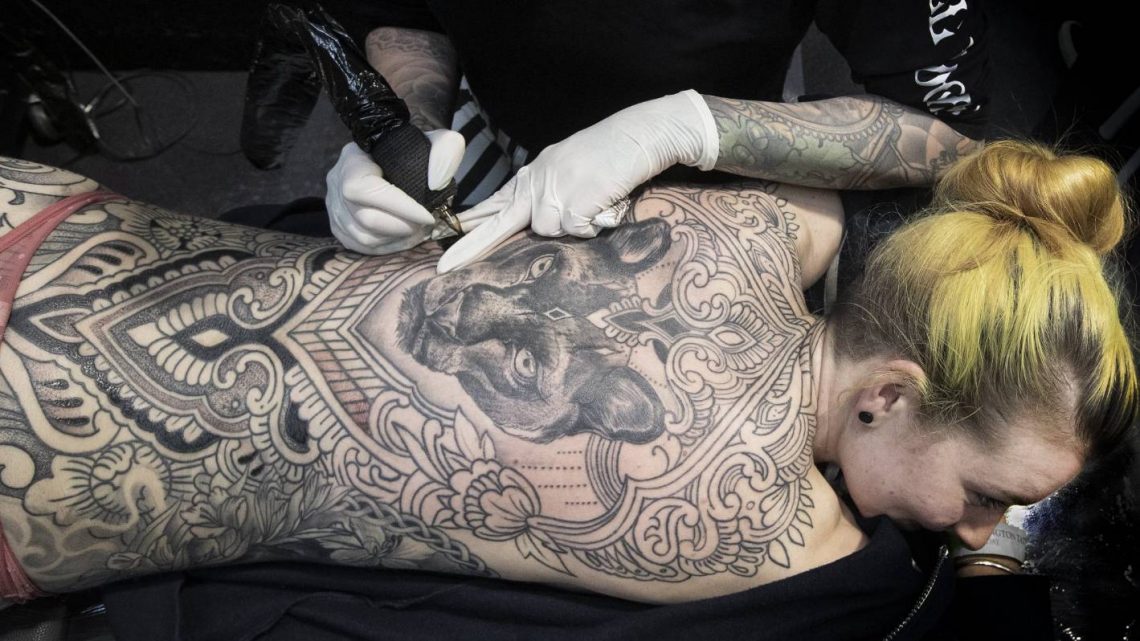 Human menagerie Jess Brown has an owl on her thigh, a fox on her calf, a lion on her facet, and spent seven hours on Saturday getting a panther on her again.

She was one of many many who flocked to the Wellington Tattoo Conference on the Previous Dominion Museum behind the Pukeahu Nationwide Conflict Memorial Park in the course of the weekend.

Greater than 90 tattooists from round New Zealand gathered on Saturday and Sunday for the conference.

Brown spent seven hours on Saturday getting shading on a black panther on her again.

She had additionally had a lion on her facet – representing her Leo star signal – in addition to a fox on her calf and owl on her thigh.

All were done by Hawke’s Bay tatoo artist Sam Carter.