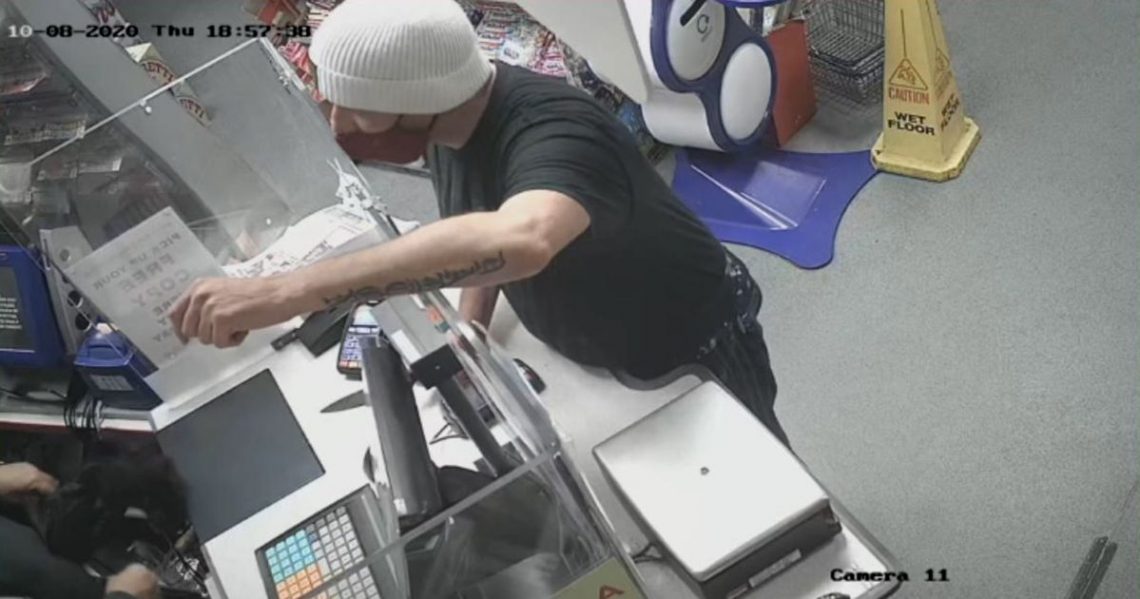 
A CCTV picture of a person police want to communicate to in reference to an attempted robbery has been launched.

Store employees at A&A Johnson reported being threatened by a person who was armed with a knife.

The alleged incident occurred on the night of Thursday, October 8 on the retailer on Bishopton Street, Stockton.

Workers raised the alarm and the person fled empty handed, together with a girl who’s described as of slim construct.

The person proven within the picture has a particular tattoo on his forearm.

Cleveland Police detectives investigating the incident are asking for the general public assist in figuring out a person they’d like to talk to.

A spokesperson mentioned: “The incident occurred at A&A Johnson on Bishopton Street on the night of Thursday eighth October.

“Workers reported being threatened by a person who was armed with a knife and who demanded cash.

“They raised the alarm and he fled empty handed, together with a girl who’s described as of slim construct.”

The added: “The person we’d like to talk to (pictured) has a particular tattoo on his forearm and we’d ask anybody with info to contact Stockton CID through the 101 quantity, quoting Ref 165420.

“Should you don’t wish to communicate to police, please think about passing info anonymously to the unbiased charity Crimestoppers on-line at  www.crimestoppers-uk.org  or by phoning them on 0800 555 111.”