Images released of men after rammy on board Glasgow train 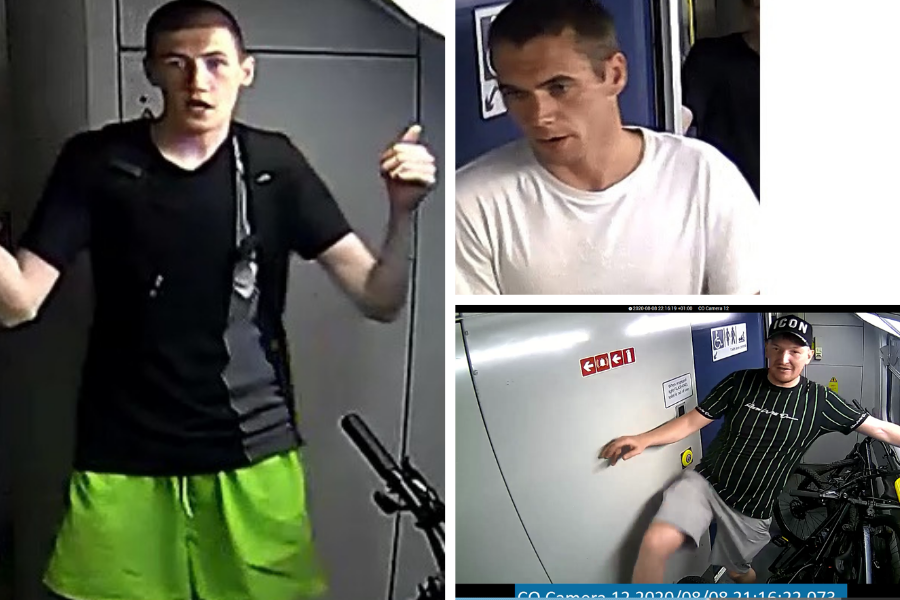 Photos have been launched of three males after an altercation passed off on board a Glasgow prepare.

British Transport Police are interesting to the general public and any witnesses to come back ahead after the late-night incident onboard the Balloch to Partick service, which passed off between 9.45pm and 22.30pm on Saturday, 8 August.

The drive imagine that the males proven within the photos might have data that may help them with their investigation. They’re urging the three males or any members of the general public who might recognise them to make contact.

The primary male is described as a white male, slim construct and round six foot. He was sporting a black skip hat with the phrase ICON throughout the entrance, a black t-shirt with skinny white stripes, gray shorts and white sport socks with black trainers.

The second male is described as a white male, slim construct, small in top, brief darkish hair and clear shaven. He has a tattoo to his left chest, sleeve tattoo on his left arm, and each entrance fingers tattooed. He was sporting a white t-shirt, mild blue shorts, white trainers and carrying a black backpack.

The third male is described as a white male, slim construct, round six foot sporting, brief darkish hair and clear shaven. He has a sleeve tattoo on his left arm. He was sporting a black NIKE t-shirt with gray sample on the left facet, lime inexperienced shorts, black trainers with white sole and a black backpack.

Info may also be given anonymously to the impartial charity Crime Stoppers on 0800 555 111.