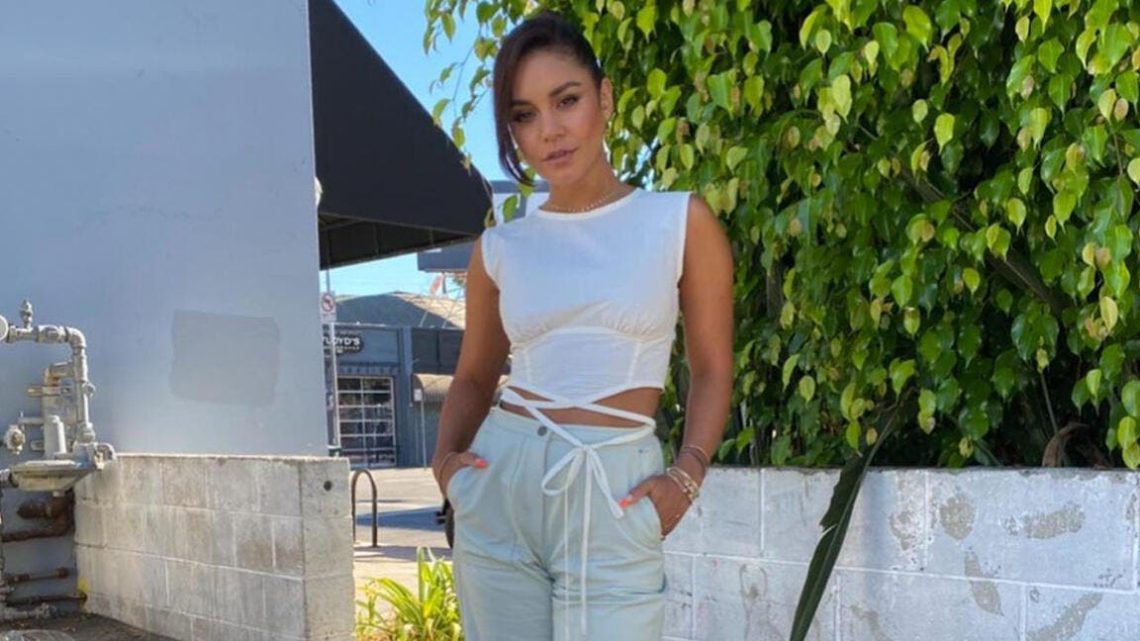 
Vanessa Hudgens confirmed off some new ink on her Instagram Sunday.

The previous Disney Channel star, 31, took to Instagram to debut her new tattoo in a black and white picture.

Etched onto her arm in delicate script was the phrase: ‘Cages or Wings.’

The road was a reference to the music Louder Than Phrases from the musical Tick, Tick… BOOM!

It appeared to carry a particular place in Vanessa’s coronary heart, seeing as she simply wrapped filming a film adaptation of the beloved Broadway present, directed by Lin-Manuel Miranda.

JL’ was probably referred to late composer Jonathan Larson, who crafted the music for Tick, Tick… BOOM and Lease.

He handed away in 1996 from aortic dissection, a coronary heart ailment that was not found till after his dying.

Yet another shot confirmed Vanessa and her greatest pal GG Magree outdoors of the celeb-beloved studio Bang Bang Tattoos with Mr. Okay.

The pair seemed cool in an identical tanks, bleach splattered sweats, and beanies.

Again in March she premiered some ink of a ‘Divine female angel’ on her ribs.

And in January – shortly after her break up from boyfriend Austin Butler went public – she obtained a design of a sunflower beneath her armpit and proper subsequent to her chest.

‘And to conclude our #thirstythursday Hahahahaha,’ she captioned, tagging the tattoo artist Dragon and the parlor Bang Bang.