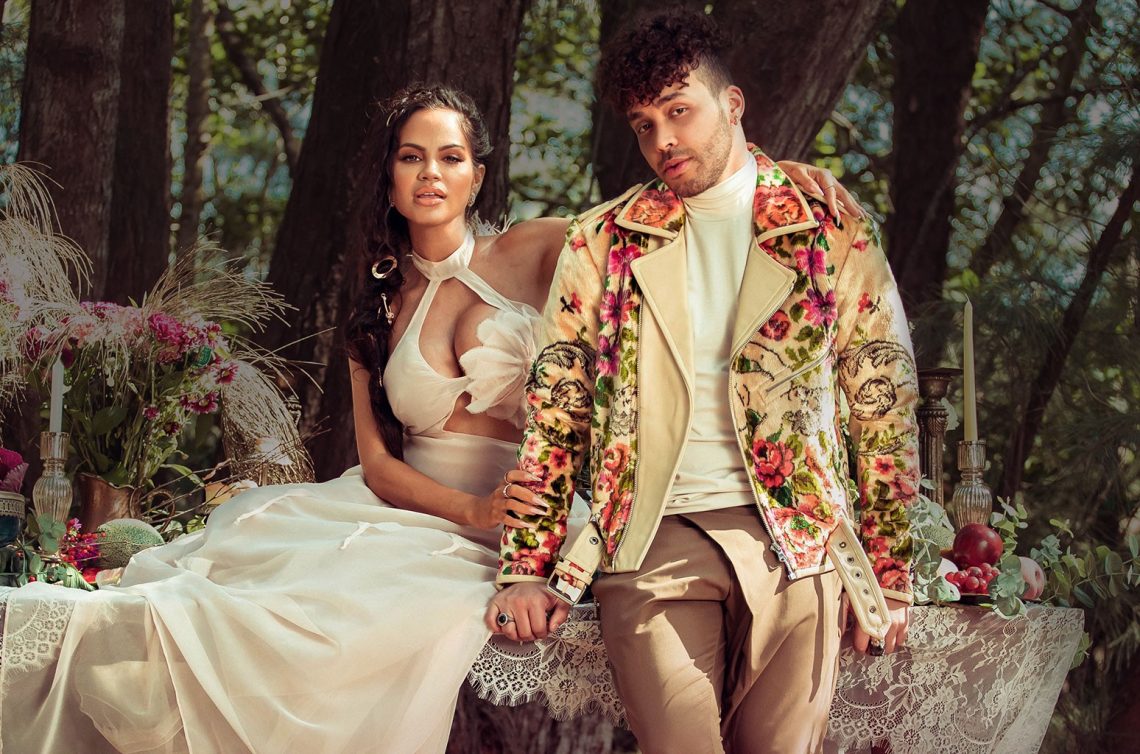 First Stream Latin features the top Latin songs, albums, and videos as recommended by Billboard Latin editors. Check out this week’s picks below.

A long-overdue collaboration within the Dominican music scene, Natti Natasha kicks off 2021 teaming up with Prince Royce on “Antes Que Salga El Sol.” As opposed to what fans thought a collab would sound like between the two — a romantic bachata — Natti and Royce take a different route with a feel-good reggae-infused urban bop. The track, produced by DJ Luian, Mambo Kingz and Rafael Salcedo “Neneto,” is about two people who are looking for a good time after reconnecting. Carlos Perez from Elastic People filmed this music video in Miami. It shows how opposites attract.

Allowing himself to be vulnerable, rising singer-songwriter Junior H wears his heart on his sleeve in his new single titled “La Bestia (The Beast),” a guitar-heavy ballad penned by the teen. Showing off his “Sad Boyz” neck tattoo, the ultra-melancholic tune becomes the perfect canvas that Junior H’s deep and hoarse vocals match perfectly with. The 6-minute track and the music video, directed by Johnnyragr, finds a heartbroken Junior H realizing it’s time to let go of a relationship that has no future. “I am the bad one, like the beast. You are the queen, and the princess. I’m the fake in this story. You deserve someone that loves you,” he sings.

Vallín, rock band Maná’s virtuoso guitarist (and frequent composer), pays homage to his instrument and to musicianship in this album of “micro symphonies” featuring legendary guitarists (Carlos Santana, Steve Vai) and legendary Latin acts (Marco Antonio Solís, Fher Olvera, Alejandro Sanz). The twist? They’re all playing instruments instead of singing, even when the song in question is one of their standards, including Solís’ percussion in “Donde Estará mi Primavera” and Sanz’s flamenco guitar in “Cuando Nadie Me Ve.” Accompanied by the Prague Symphony Orchestra, Microsinfonías Pop songs are transformed into intricate, often spectacular pieces using mood and tempo variations that reflect symphonic structures, while also incorporating Latin rhythms. Opening and closing the set are Vallín’s own compositions, from the opening, evocative “Desnudo,” to the guitar jam tour de force that’s “Microsinfonía” with Steve Vai.

Lenny Tavarez’s sensual side is what most people know about. perreo beats and raunchy lyrics, but at the end of 2020, the Puerto Rican artist began showcasing his softer, more romantic side as heard in “La Mujer Traiciona.” Now, kicking off 2021 with fresh music, Tavarez presents “La Neta,” a flirtatious reggaeton with a very head-bopping, hip-shaking commercial sound. Produced by Dimelo Flow and penned by Tavarez, Flow, Justin Quiles and Sech, the track tells the story of a man who’s not boyfriend material but is all the rage in bed, comparing his skills to being “la neta,” which is Mexican slang for “the truth.” In the music video, filmed by Laura Castellanos in Medellin, Colombia, we see Tavarez in a Mexico setting trying to conquer the girl of his dreams as he’s chased around by her angry father. “La Neta” is the fourth single off of Tavarez’s album KRACK.

Jorge Gaxiola, Voz de Mando’s frontman, reflects on his journey to become a major force in the music industry in this traditional ranchera song. “El de Arriba” starts with an audio and footage of an older man who says “here’s this kid starting his career here and who will be a great artist when he’s older.” The kid happens to be the young intrepid Gaxiola who walks up to the stage to take the mic. The LA-based regional Mexican group stays true to their norteño sound led by the tuba, accordion and bajo quinto. Penned by Erika Vidrio, the corrido is Voz de Mando’s first single from their forthcoming album.

He may be known from Spain’s underground rap scene, but C. Tangana is not shying away from experimental fusions as of late. After lacing bachata rhythms, old-school reggaeton beats, and traditional flamenco in his “rumbachata” “Tú Me Dejaste De Querer,” C. Tangana drops “Comerte Entera.” On this track, el Madrileño teams up with renowned Brazilian singer and guitarist Toquinho, bringing to life a seductive bossa nova with hints of electro-tango and flamenco. Co-produced by C. Tangana, Alizzz, and multi-instrumentalist Victor Fernandez, “Comerte Entera” is a song about lust and desire. Starring Spanish actress Bárbara Lennie as the lead femme fatale and nuns riding around segways, the artistic visual was filmed by Santos Bacana in different Madrid locations including Casa Carvajal, Palacio Real, and Lhardy restaurant.

Danna Paola presents her personal album. K.O.She takes her fans on a fun, pop-urban rollercoaster ride in each song. “With this album, I knocked out all of the bad stuff that was killing me, emotionally,” she tells BillboardIt is a healing production. “I used it to drain everything I had in my heart. That’s why I named it ‘K.O.’ — because it was like the last punch to the heart during this whole process.” Home to 11 tracks, including “Friend de Semana” with Luisa Sonza and Aitana, and the Sebastian Yatra-assisted “No Bailes Sola,” the Mexican singer says the song order depicts the exact order that everything was occurring in her life. “I had to learn how to put myself first and I think the entire album has that vibe,” she says. In the melancholic “Amor Ordinario,” Danna poured her heart out, saying it best defines her emotional process. “Everyone that heard it felt my pain and what I went through from beginning to end. I had to understand what ordinary love meant and that I deserved better,” she said. Listen to streaming K.O. below.