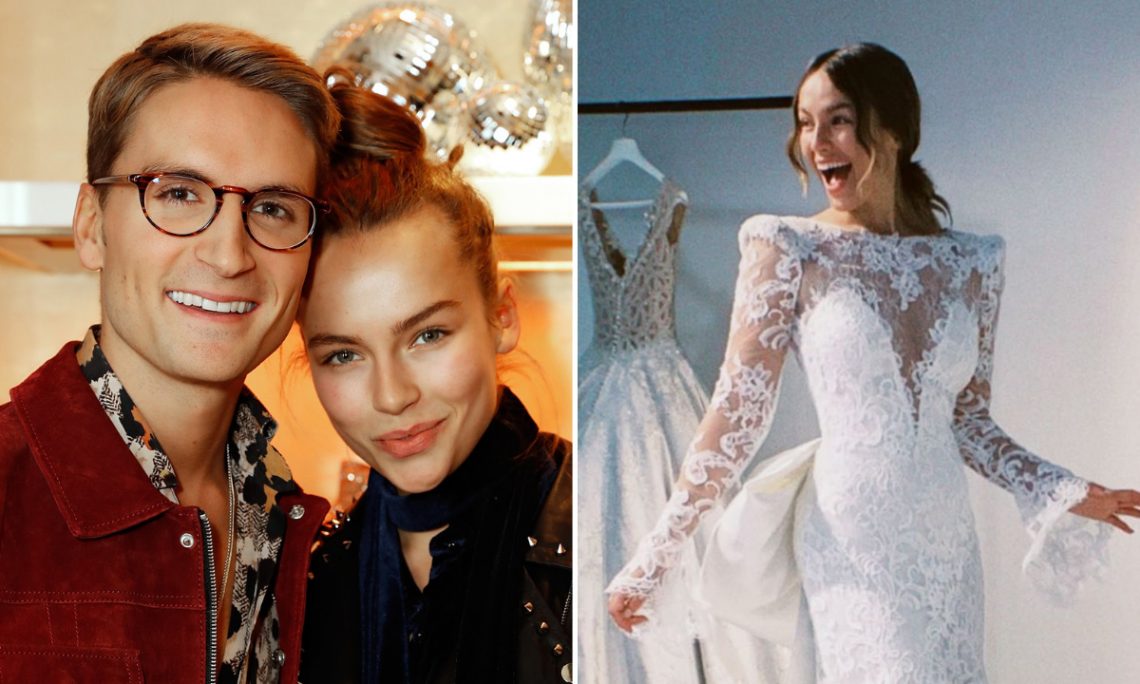 Emma Louise Connolly married Made in Chelsea’s Oliver Proudlock in December 2020 – and now the information is public, Emma has taken followers on a behind-the-scenes journey of her wedding ceremony costume becoming.


Made in Chelsea star Oliver Proudlock lately confirmed that he married Emma Louise Connolly in a secret ceremony again in December 2020. The beautiful bride Emma, who’s a mannequin by commerce, has now shared a sequence of behind-the-scenes pictures of her wedding ceremony costume fittings.

SEE: Oliver Proudlock has a tattoo of his wife on his arm

Within the photographs, Emma’s bespoke Pronovias Atelier robe will be admired intimately – it has a plunging neckline, fluted lace sleeves. She described the costume as “utter perfection” and even admitted she has tried it on a number of instances because the huge day.

The bride revealed that she very practically wore another big bow affixed to the again of her costume, which she likened to the type of Intercourse within the Metropolis character, Carrie Bradshaw. She wrote on the submit: “All my Carrie Bradshaw goals rolled into one!”

Emma did accessorise it with a bow in the long run, however this time a smaller one which sat at her decrease again and draped onto the ground.

One image confirmed that she additionally opted for a fur stole to raise the bridal look – a should for winter brides.

Emma paired her costume with a fur stole

Clearly an emotional time for Emma, she confirmed an image of her crying with happiness as she imagined her then-fiancé Oliver on the finish of the aisle.

The couple determined to proceed with their low-key wedding ceremony in Fulham after their plans had been cancelled a number of instances as a result of on-going coronavirus pandemic. They stated their vows at St Albans Church earlier than having a really small reception at The Ned, because it was earlier than UK lockdown restrictions had been introduced.

Oliver is not the one Made in Chelsea star who took the plunge to say “I do” in the course of the restrictions, as co-star Ollie Locke also got married last year.