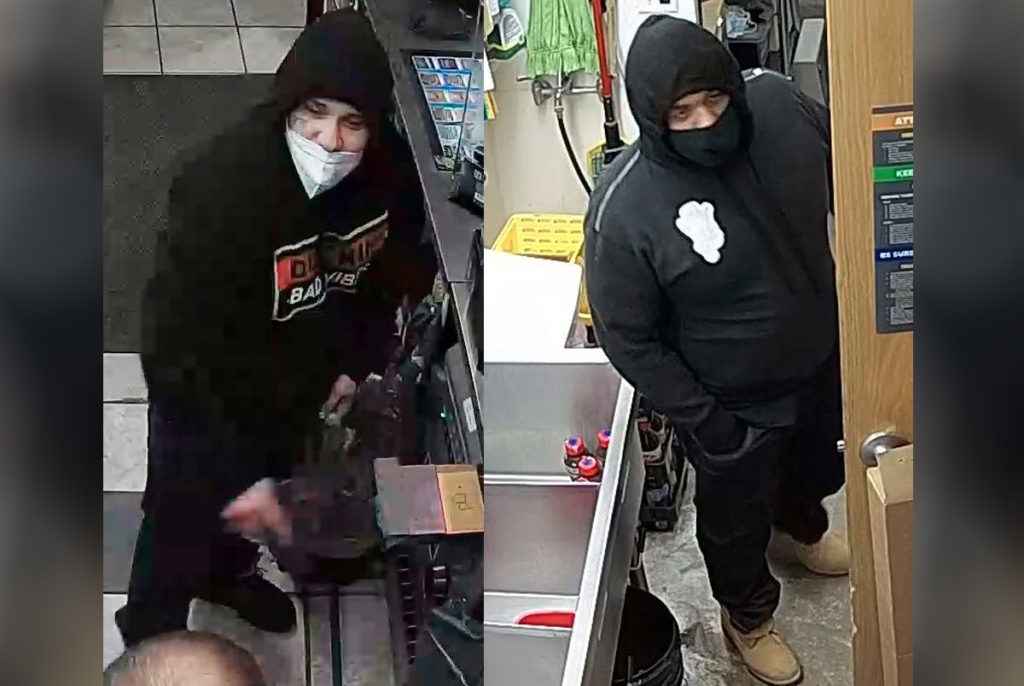 
Police have launched photos of the 2 suspects who shot a gasoline station clerk throughout a theft in Marengo and are asking the general public for assist in figuring out them.

The Marengo Police Division and Marengo Hearth and Rescue Districts responded round 3:30 a.m. Wednesday to the Circle Okay Shell gasoline station, 600 North State Avenue, for a report of a taking pictures and armed theft.

The sufferer was handled on the scene by paramedics and flown to Javon Bea Hospital in Rockford in secure situation, in response to Marengo Hearth Safety District Capt. Patrick Fanning.

The 35-year-old sufferer, an on-duty gasoline station clerk, was shot as soon as within the leg throughout an armed theft.

Suspect 1 is described as a male Hispanic, 25-35 years outdated, roughly 5-foot-4 or 5-foot 5, with a tattoo or mark on the appropriate cheek, carrying a black hoodie with the textual content “DUCKIN BAD VIBES” on the chest and armed with a handgun.

Suspect 2 is described as a male Hispanic, 25-35 years outdated, roughly 5-foot-8 to 6-foot-1, carrying a black jacket with a stripe on the shoulder and an unidentified white emblem on the appropriate chest, black denims, tan boots and armed with a handgun.

The suspects fled the scene after taking pictures the worker and police are asking the general public for info on the crime.