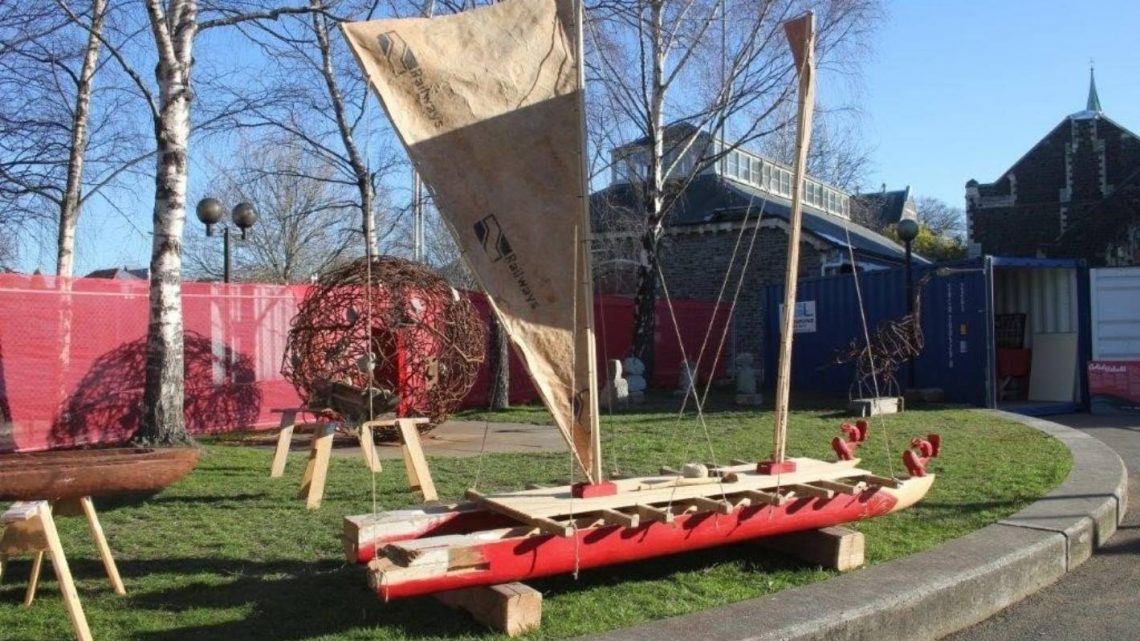 A waka carved by Riki Manuel was placed on show in Market Sq. on the Christchurch Arts Centre in 2013.

A waka carved utilizing timber reclaimed from buildings demolished after the 2011 Canterbury earthquakes is happening show in Christchurch for the primary time in eight years.

Te Waka Whaka Hou (The Canoe of the Rebuild) might be on present to the general public for the primary time since 2013 within the north quad of the Christchurch Arts Centre from Monday.

One of many items of timber was a damaged verandah pole that had a splintered and ragged base. Manuel retained the splintered piece.

“I needed to depart that in the back of the waka as a reminder of the quakes after which as you progress ahead it’s all full,’’ he mentioned.

“The carvings on the entrance are all individuals wanting ahead.

“It was a few hopeful future.

“It was attempting to mirror the carnage and the frustration of the quake – the injury of all of it after which transferring ahead.”

The sails on the waka have been outdated New Zealand Railways canvas covers, which have been getting used to guard supplies at a salvage yard.

“I mentioned: ‘I would like these, however not what’s underneath them,’” Manuel mentioned.

“They nonetheless have New Zealand Railways stamped on them. It has a whakapapa.”

He mentioned the undertaking to create the waka in 2013, funded by the Todd Basis, gave him work in a tough time.

“There wasn’t any work. All of us that lived right here have been in some type of limbo.

“It was simply one thing constructive for us to get again to work. It was a starter.”

Manuel was happy the Arts Centre had chosen to place the waka again on show.

“I prefer to assume that after I make one thing the worth is in individuals taking a look at it and it’s entertaining,” he mentioned.

Arts Centre chief govt Philip Aldridge mentioned the waka was being displayed as a part of its Matariki celebrations. It had been in storage on the Arts Centre because it was first displayed in 2013.

“Riki used to have his workshop right here earlier than the earthquakes.

“It’s good to have that reference to Riki and with Matariki and acknowledge for Christchurch and the Arts Centre that Matariki has a rising significance.”

He mentioned the waka informed the story of the Canterbury earthquakes.

“He’s telling the story of transferring ahead out of this monumental pressure of Rūaumoko within the earthquake.”