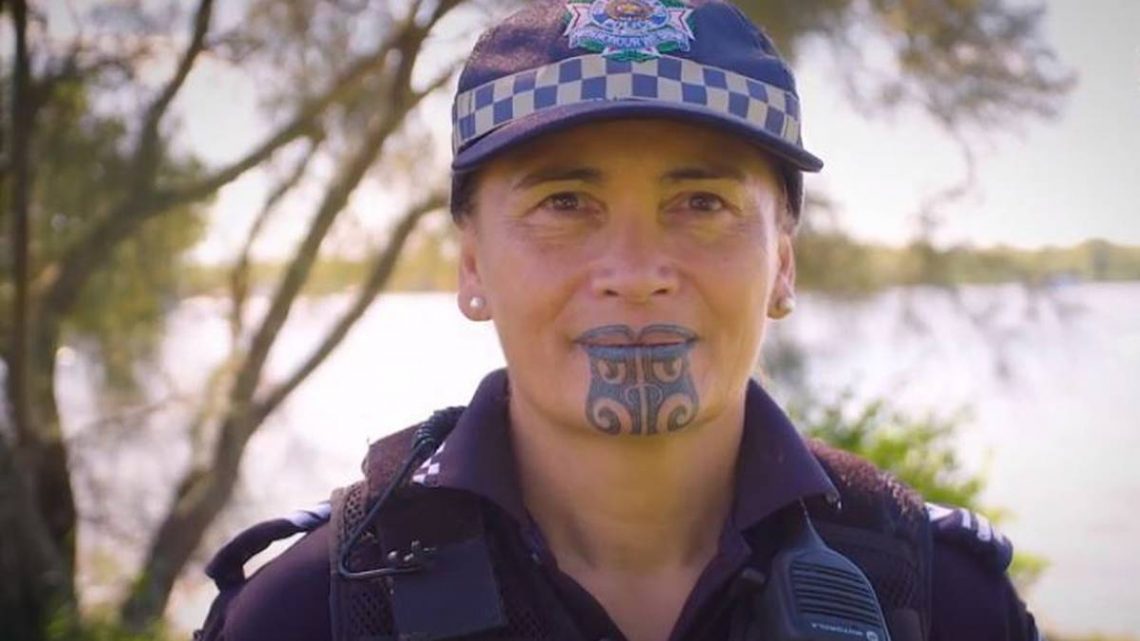 Senior Constable Brenda Lee, Queensland’s first police officer to put on a moko kauae, hopes her tatau will encourage others to be happy with who they’re.

Taking her practically 20 years, Lee mentioned she lastly reached a time in her life the place she was able to put on a moko kauae.

“Tae mai te wā māku I used to be prepared, that is my time.”

As soon as the moko artist was completed and Senior Constable Lee regarded within the mirror for the primary time, she cried.

“Everybody has particular person designs and also you by no means know what it will appear like till you get off the desk. So, after it was completed, I went to the mirror and had a extremely good look and oh, man, I cried.”

A moko kauae is an ancestral marking or tatau (tattoo) that wahine Māori put on on their chins, historically acquired on the idea of their mana and whakapapa.

“It represents dignity, id, worthiness, respect, integrity, family tree, accomplishment, warriorhood, magnificence, honour to serve others, you should not have to earn it, for those who whakapapa Māori, it’s your birthright to decide on,” she mentioned.

When Lee was requested what it’s prefer to be a Māori Queensland Police Officer, she mentioned being Māori, a girl, mother or father and a grandparent brings distinctive expertise to her position, offering a robust hyperlink to her group.

“I bear in mind one specific psychological well being job. The affected person checked out me and mentioned, are you Maori? And I mentioned ‘Ae’, and an immediate connection was made.

“I used to be in a position to work together together with her, hold her calm and I picked up that she missed her mum. I began to sing little waiata, little songs to her from when she would have been at college and we did a karakia collectively.”

Lee did not realise how a lot being Māori would have an effect on her policing jobs.

Lee mentioned she has been ‘blown away’ by the response she has had after receiving her moko kauae, she was approached by a fellow indigenous officer who mentioned he was happy with her making a stand.