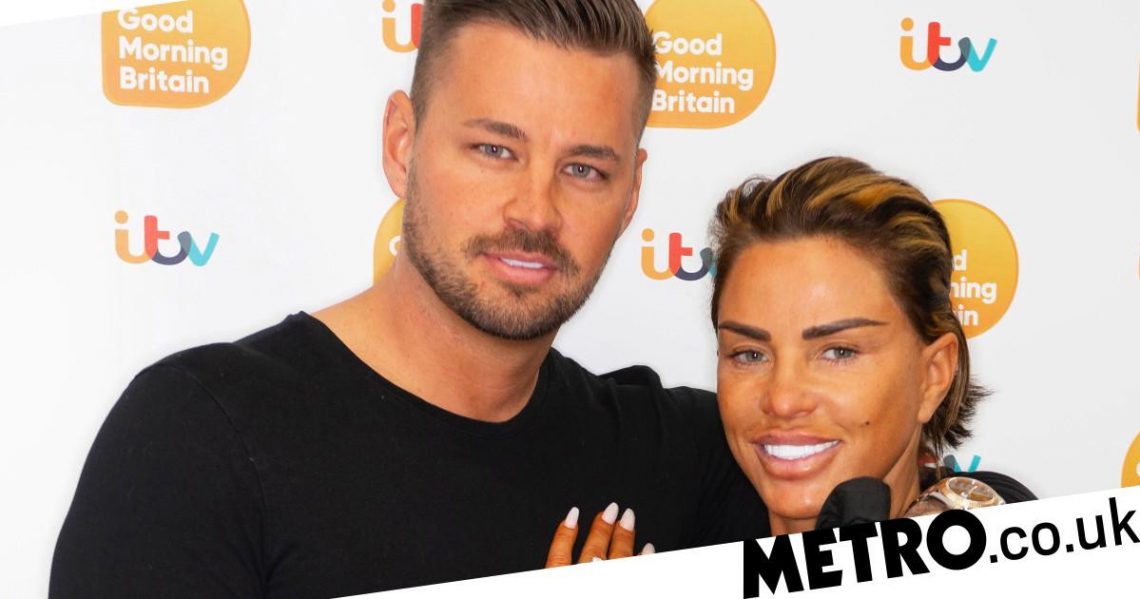 
Katie Price has been cooking up a storm on this yr’s Celebrity MasterChef, however whereas rolling up her sleeves within the kitchen, she revealed that fiancé Carl Woods was there along with her.

On Tuesday’s episode of the present, the mannequin turned TV persona was giving it her all in a problem set by judges Gregg Wallace and John Torode.

And whereas she was centered on getting ready a culinary masterpiece, viewers at house bought a glimpse at a tattoo portrait of her beau.

Katie, 43, and Carl, 32, introduced their engagement in April after relationship for ten months.

Earlier than Carl may even pop the query – with a custom made ring worth £50,000 – the 2 had already sealed their love by getting the opposite’s face tattoed on their forearms.

Katie nonetheless took it a step ahead and has one other two tattoos that pay tribute to her man.

On her wrist, she has ‘Katie and Carl’ in a beautiful cursive font whereas nearer to her elbow she bought ‘Dear Woods’.

Whereas talking of her plant of a full tattoo sleeve on her YouTube channel, she defined that she can also be planning on getting that final tattoo once more, this time written just like the well-known Hollywood signal.

This isn’t the primary time Katie has bought her associate’s title etched onto her physique – whereas married to ex-husband Peter Andre, the mum of 5 bought his title inked earlier than getting it coated with a rose.

Her tribute to her ex Leandro Penna additionally bought coated up, this time with a black flower.

As for her MasterChef journey, Katie has made it to the quarter-finals beating Melissa Johns earlier this week and reserving herself a spot within the subsequent stage with Dion Dublin and Joe Swash.

In tomorrow’s episode, they must impress earlier Superstar MasterChef winners Sophie Thompson, John Partridge and Vicky Pattison so as to transfer on to the semi-finals.

In the event you’ve bought a celeb story, video or photos get in contact with the Metro.co.uk leisure workforce by emailing us [email protected], calling 020 3615 2145 or by visiting our Submit Stuff web page – we’d love to listen to from you.