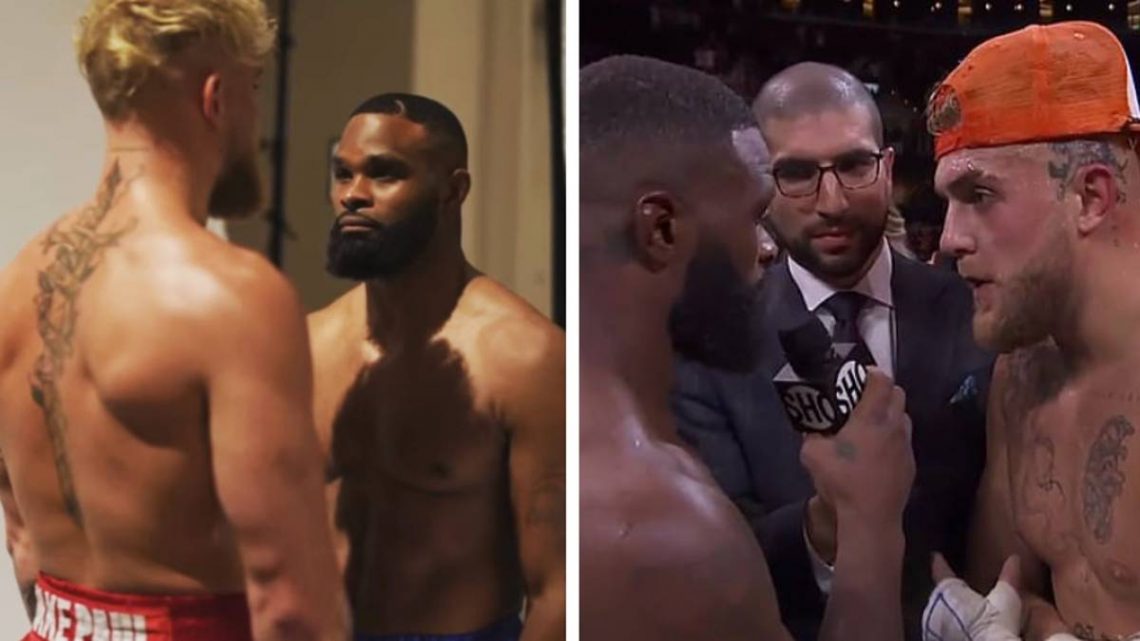 A rematch between Jake Paul and Tyron Woodley appears to be like to be off the playing cards with the previous UFC champion reportedly refusing to get his loser’s tattoo.

Properly, just a few weeks on from his damning defeat, and it appears T-Wooden nonetheless hasn’t bit the bullet and gone beneath the needle.

And with Woodley not being a person of his phrase, Paul is able to set his sights on one other opponent – which means there will likely be no rematch between the pair.

“The tattoo was the wager earlier than this battle,” Paul stated on the ‘Full Ship Podcast’ this week.

“It was the loser needed to get the tattoo. So, now, all of the sudden he is attempting to vary it to make it for the rematch?”

Paul added, “He is saying, ‘Oh, I am going to get it as soon as we signal the contract.’ No. You f***ed up. Simply get the tattoo and let me resolve from there.”

The duo have been trading barbs on social media for a while now and even got here nose-to-nose backstage following Paul’s win over Woodley.

“He is expert,” Paul added on the podcast.

“He is undefeated. After which, yeah, he is [Tyson Fury’s brother]. And he is an actual boxer. And he has like 4 million followers on Instagram which is sweet engagement.”

The Jake Paul hype practice, should you can name it that, is but to be derailed.

Tommy, who nonetheless boasts an undefeated file, will undoubtedly be hoping he is the person to close the trash-talking YouTuber up.