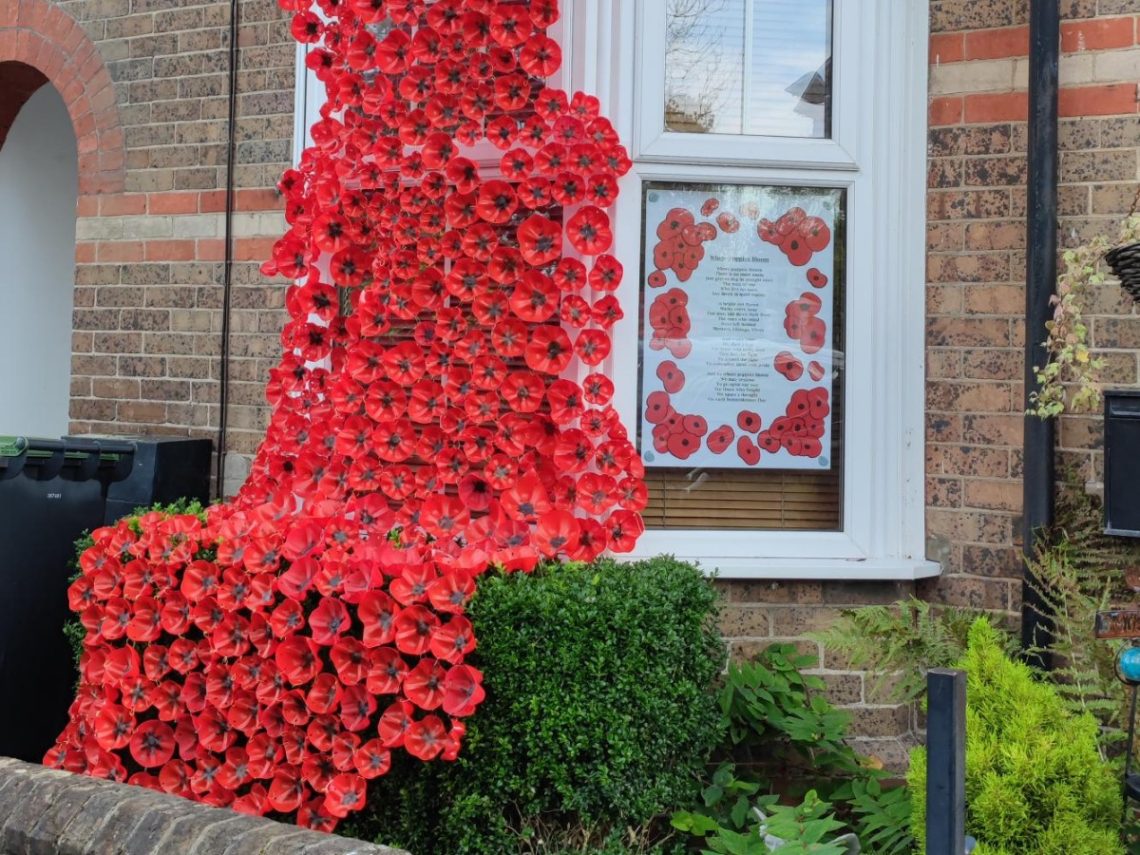 A FUNDRAISER has created a placing remembrance-inspired show at her Dorchester dwelling to tug in funds for an armed forces charity.

Fiona Hooper has been amassing empty consuming bottles since final Christmas to create a poppy show in a bid to lift funds for the Royal Air Pressure Benevolent Fund.

Beforehand, the Dorchester resident has offered aeroplane-shaped biscuits on the Royal Worldwide Air Tattoo in Gloucestershire, however resulting from Covid-19 has missed the previous two years.

“We now have not been capable of go for 2 years now and I assumed what else may I do to lift cash,” mentioned Ms Hooper.

“The charities want cash, this shall be only a drop within the ocean.”

Ms Hooper put the show collectively on the entrance of her home in Monmouth Highway, Dorchester, and says she has acquired nothing however constructive suggestions.

Read more: Residents asked to give generously as Poppy Appeal 2021 is launched in Dorset

She mentioned: “I arrange a Simply Giving web page at £200 and it raised £170 within the first two days so the purpose is to lift as a lot as I can.”

The unique thought got here after Ms Hooper noticed an analogous artwork show on social media and determined she would have a go herself – with family and friends serving to to gather the bottles.

She mentioned: “I noticed one thing on Fb and thought I may try this and so I’ve been amassing bottles since final Christmas.

“Pals collected them up as properly, together with a woman from Derby who I met on vacation and despatched two bins, however primarily it’s native individuals.

“I’ve usually come dwelling from work and located a bag full on my doorstep.”

Ms Hooper says her ardour for planes comes from her dad who was within the RAF.

The charity offers help to RAF personnel and their households once they want it since its inception in 1919.

Along with the show Ms Hooper has written a poem known as ‘The place Poppies Bloom’, which may be seen in her window.

Those that want to seize a duplicate of the poem can discover one on her doorstep, with guests inspired to make a donation at her home or on-line through the fundraising web page.