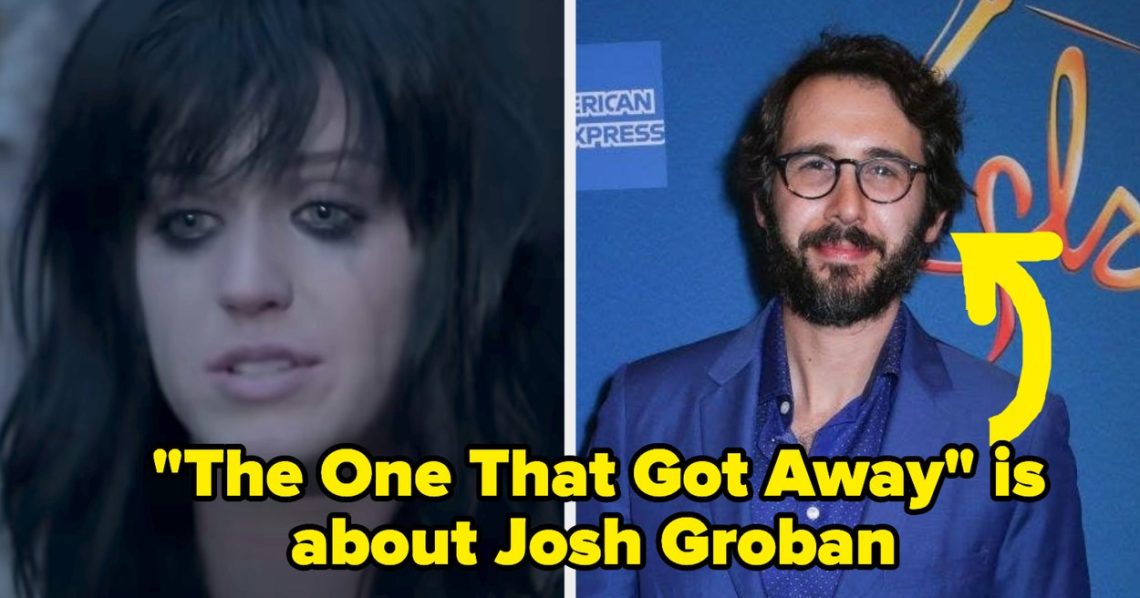 “Breakup songs in regards to the Jonas Brothers” may very well be its personal style.

“The One That Received Away” by Katy Perry is about Josh Groban.

And “Nonetheless Really feel Like Your Man” by John Mayer is about Katy Perry.

“Don’t” by Ed Sheeran is rumored to be about Ellie Goulding and Niall Horan.

“Colours” by Halsey is probably going about Matty Healy from The 1975.

“Name out My Title” by The Weeknd is theorized to be about his relationship with Selena Gomez.

“Shout Out to My Ex” is probably going about Perrie Edwards’ personal ex, Zayn Malik (and Gigi Hadid).

“You are So Useless” by Carly Simon is partly about her relationship with Warren Beatty within the ’70s.

“Ms. Jackson” by Outkast is about Erykah Badu (and her mother) following their divorce within the ’90s.

“Gonna Get Caught” by Demi Lovato is about Joe Jonas.

And “Flattery” by Aly & AJ can be about AJ’s breakup from Joe Jonas after the pair dated for a couple of 12 months back in 2006.

“7 Issues” by Miley Cyrus is about her relationship with Nick Jonas.

And “Wedding ceremony Bells” by the Jonas Brothers — written by Nick — is about Miley Cyrus’s engagement to Liam Hemsworth.

“You Oughta Know” by Alanis Morissette is probably going about her breakup from Full Home star Dave Coulier.

“Ex-Issue” by Lauryn Hill is about her affair and breakup with fellow Fugees member Wyclef Jean.

“I Want a Woman (Half One)” by Diddy is partly about his 2001 breakup from Jennifer Lopez.

Lastly, “All Too Effectively” by Taylor Swift could be very possible about Jake Gyllenhaal.

Sustain with the newest each day buzz with the BuzzFeed Day by day e-newsletter!