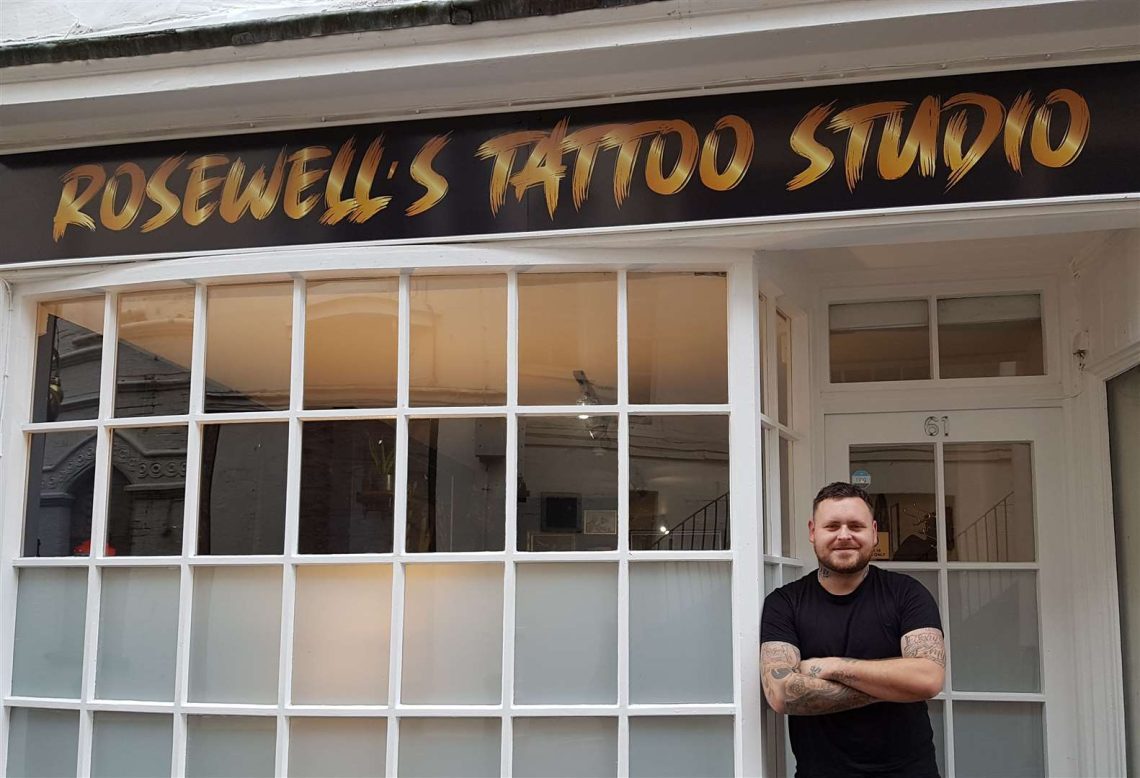 
A seventh tattoo studio has opened in Ashford city centre however the proprietor says he isn’t anxious concerning the competitors and hopes to carry one thing new to the market.

Rosewell’s Tattoo Studio has taken over the empty unit beforehand utilized by employment company MC Personnel within the excessive avenue.

Artist Tomas Paul Rosewell, who specialises in black and gray realism and portraits, has been tattooing for nearly 20 years.

Regardless of the excessive variety of different websites within the city centre, Mr Rosewell is hoping to face out as he says he’s “not the run-of-the-mill tattoo store”.

“I do plenty of portraits which can be private to folks,” the 34-year-old stated.

“We’ve a pleasant, clear, up-to-date fashionable studio the place you will get lattes and a greater private expertise all spherical.

“I am attempting to carry one thing contemporary and interesting inside protecting of the churchyard and the historic space.

“With the yr we have now simply had, to return out of it beginning a enterprise is de facto optimistic.”

The constructing, within the part of city generally known as Center Row, is Grade II-listed and sits close to St Mary the Virgin Church.

It’s a quick strolling distance from opponents Bobinski’s Tattoo Studio, Inking Out Loud and Wyldfire to call just a few.

The studio formally opened on Thursday and is already totally booked for the following two months.

Mr Rosewell lives in Sutton Street, Maidstone, however felt Ashford provided the right alternative as a lot of his clients are already within the space.

The daddy-of-three added: “It was a logical transfer and I actually like that as it is a listed constructing with plenty of character, it is good for us.

“I’ve been wanting to do that for a very long time however circumstances get in the way in which. Now, after 20 years, I’ve lastly finished it.

“My clients are following me to the city so it is good to carry one thing to the excessive avenue and hopefully make it a bit busier.”

It will likely be open from 10am to 6am every day, excluding Sundays.