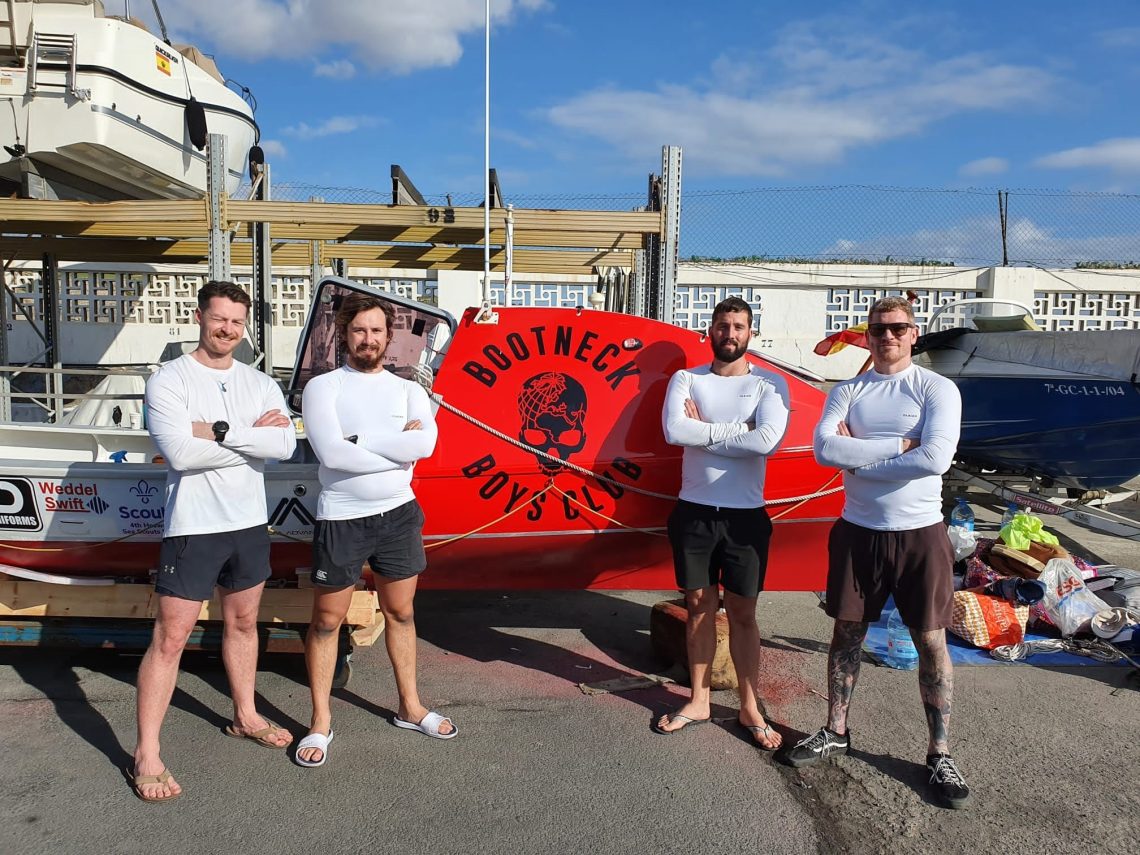 A ROYAL Marine veteran from Yate is at present midway throughout the Atlantic ocean in a rowing boat to lift cash for a charity that helps present and retired servicemen and their households.

Thus far the group have raised over £21,000 of their £50,000 objective for the Royal Marines Charity to assist injured comrades and brothers in want.

Jason Gardiner flew out to Gran Ccanaria earlier than Christmas to board the boat named ‘Danielle’ to finish remaining preparations and coaching rows earlier than the departing from Pasito Blanco on December 15.

Earlier than they set sail the group confronted quite a lot of points, notably dropping half of their rowing squad within the weeks earlier than the problem when the Royal Marines wouldn’t launch the serving members.

The group recruited Connor and Mitch, veterans from the Royal Marines and Service provider Navy and after a barely delayed departure left spain to start the 4,800km roa to Barbados.

Jason has an SMS messaging system and has been updating the Gazette from the Atlantic.

In his most up-to-date message, obtained on New Years Eve, Jason stated the group had been fortunate with the climate thus far and had each day companions of a pod of dolphins.

They have been hoping to achieve the 750mile mark on New years day which might see them full round 1 / 4 of their journey.

Dad-of-two Jason carried out a tour of Afghanistan throughout his service as a commando and represented the Navy and Mixed providers Boxing group.

The now-tattoo-artist has beforehand raised cash for the RMA by boxing professionally and working within the Marathon des Sables, a 156 mile race over six days within the Sahara Desert

Jason stated: “The group are scuffling with the robust circumstances of sleeping only some hours at a time, adopted by gruelling 12 hours of rowing each day, however to have such an superior expertise while elevating cash for an ideal trigger is unbelievable.”

He added: “The morale on board is nice, particularly iven the group have solely recognized one another per week.

“Pleased new 12 months to all Gazette readers, and we are going to give one other replace subsequent week!.”

To donate go to Donate at bit.ly/3rCzbo6