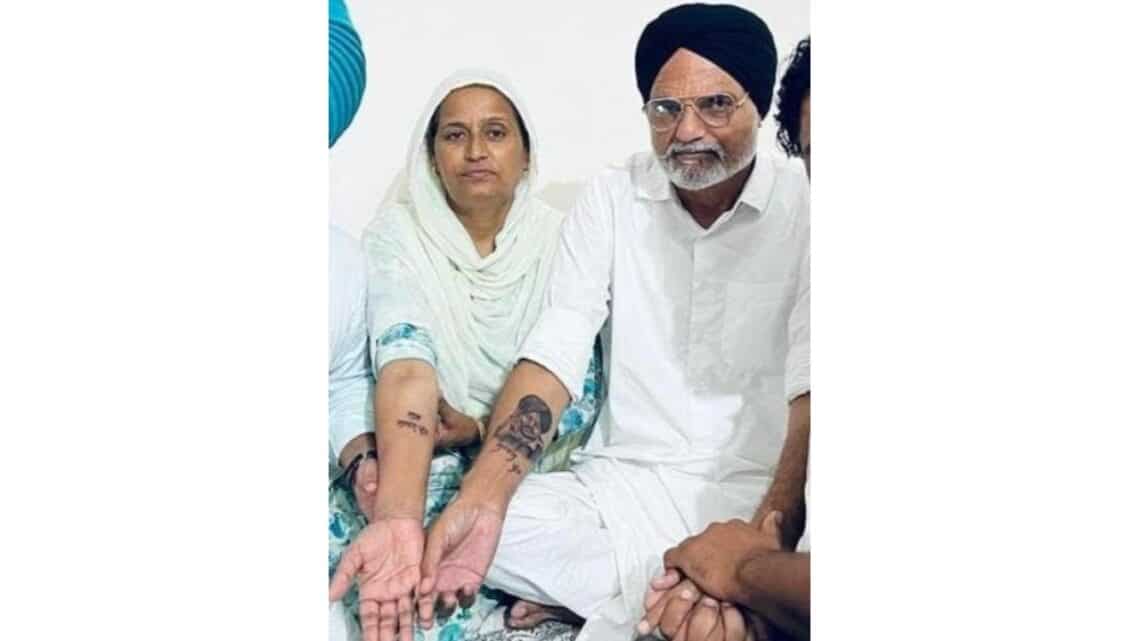 Balkaur Singh’s father Sidhu Moosewala got the son’s name tattooed on his arm as a tribute.

In Gurmukhi, the father inscribed ‘Sarwan Putta (obedient) on his son’s forehead.

Sidhu had his face done by Charn Kaur’s mother, along with ‘Shubh Sarwan Putt.

28-year old Moosewala, whose real identity was Shubhdeep Sin Sidhu was gunned down while driving in Mansa district, on May 29, a few days after his security protection was withdrawn.

He was taken into hospital, where he was declared deceased.

Moosewala’s song ‘The last ride’ is a tribute to Tupac Shakur. He was 25 when he was fatally shot in the back of his car.