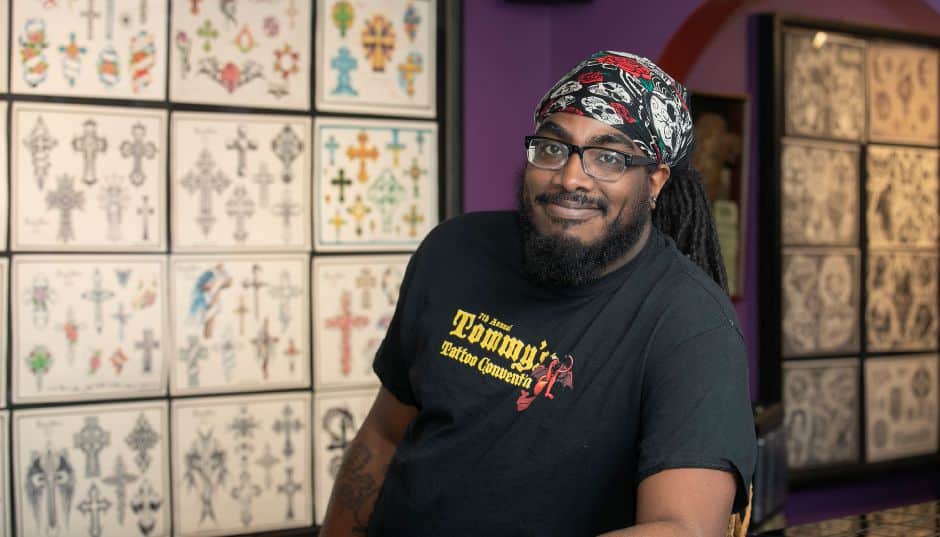 MERIDEN — The city’s long-standing prohibition on tattoo and body piercing shops will end next month as the City Council voted recently to eliminate the  ban.

Council voted 9-1 in favor of removing language that prohibited tattoo and body-piercing business owners from opening up in commercial areas where they are permitted to do other personal services such as nail salons or barbershops.

“It’s unnecessary,” City Planner Renata Bertotti said this week. Bertotti, hired in 2018, didn’t know exactly why or when the regulation was approved, but said it has been in place for at least 13 years.

“I feel that this is not a use that is really problematic in any way, and I think most of why it was prohibited has to do with (negative stigmas around tattoos), which may have been true in the past, but every single woman in my yoga class has a tattoo,” Bertotti said.

“Far be it for me to restrict their ability to get it in this community,” Lowell said, adding state agencies will have oversight over any tattoo or body piercing businesses that opens in Meriden.

Fellow Democrat Bruce A. Fontanella, the only councilor who voted against lifting the ban, said while he personally has no issues with tattoos or piercings, he doesn’t believe tattoo parlors will benefit the city’s economic development profile.

“Tattoo parlors and piercing establishments aren’t the type of businesses that would attract other types of businesses that we want to have come to Meriden — you know, convenience stores, restaurants — and they aren’t really conducive to the types of commercial neighborhoods we’re trying to build in Meriden,” he said.

The issue recently came up when a resident asked Bertotti if he would be permitted to open a tattoo shop in South Meriden, at which point Bertotti researched it and realized, “not only could he not open there, he couldn’t open anywhere.”

There are some tattoo- and body-piercing shops in the area, but they opened before the new ban.

Lifting the prohibition may open the door for a “wave” of young artists, said Diego Palmares, tattoo artist at Turnpike Tattoo & Body Piercing in the city’s north end.

His tattooing career began in New York’s upstate. The city-dweller, now 40, returned to Meriden to set up a shop. However, he was prohibited from opening in Meriden. Wallingford and Southington are also allowed to have tattoo parlors.

Palmares called the recent repeal the “best news tattoo-related that we’ve heard in a while” and said he will still look to open his own shop.

“Tattoos used to be associated with crimes, but now a lot of people have tattoos — doctors, lawyers, police officers, nurses,” he said. “It’s way more accepted in society today, so I definitely think a tattoo shop would thrive downtown.”

Bertotti stated that the change would take place on February 4. Rather than creating new regulations for tattoo and body piercing businesses, Bertotti said the establishments will be treated like other “personal service” businesses.

Machine Gun Kelly’s Tattoos Will Inspire You To Get One. See Pics Here