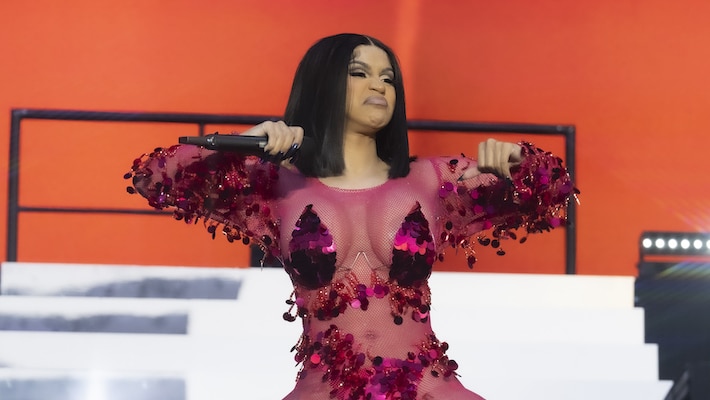 It’s finally here trial over the cover art for Cardi B’s debut mixtape a second time, according to Billboard.

Due to the COVID-19 pandemic delay, Cardi’s trial was scheduled for August 3. However, on Friday, Judge Cormac J. Carney moved the trial to October as Cardi’s original attorney will be unavailable due to a “serious illness.” She’ll now have a week to find a new attorney and begin preparing for the trial.

This case centers around Kevin Brophy (a California resident) who filed a lawsuit in 2017. Cardi Without permission, he was used as his likeness on the cover Gangsta B*tch Music, Vol. 1; he claims that this violated his privacy and “humiliated” him among family and friends. Cardi is shown on the cover with her legs extended and a tattooed male kneeling before her.

The original model was happy to allow the use of his photo on the cover. However, the artist who created the cover had to photograph the back tattoos. Brophy’s tattoos appeared on a Google search and were superimposed on the model. Brophy’s lawyer said that he “has had to face uncomfortable comments, questions, and ridicule, from community members and family” and that “his work and professional life have been unalterably damaged by his having to explain this unconsented-to, offensive, and malicious use of his image.”

Cardi’s lawyers, however, contended that there’s no real way Brophy’s tattoos would be recognizable, that the digital manipulation on the cover makes it protected by the First Amendment, and that Brophy is just trying to cash in. Meanwhile, Cardi herself has been putting the finishing touches on a new album featuring the single “Hot Sh*t.”