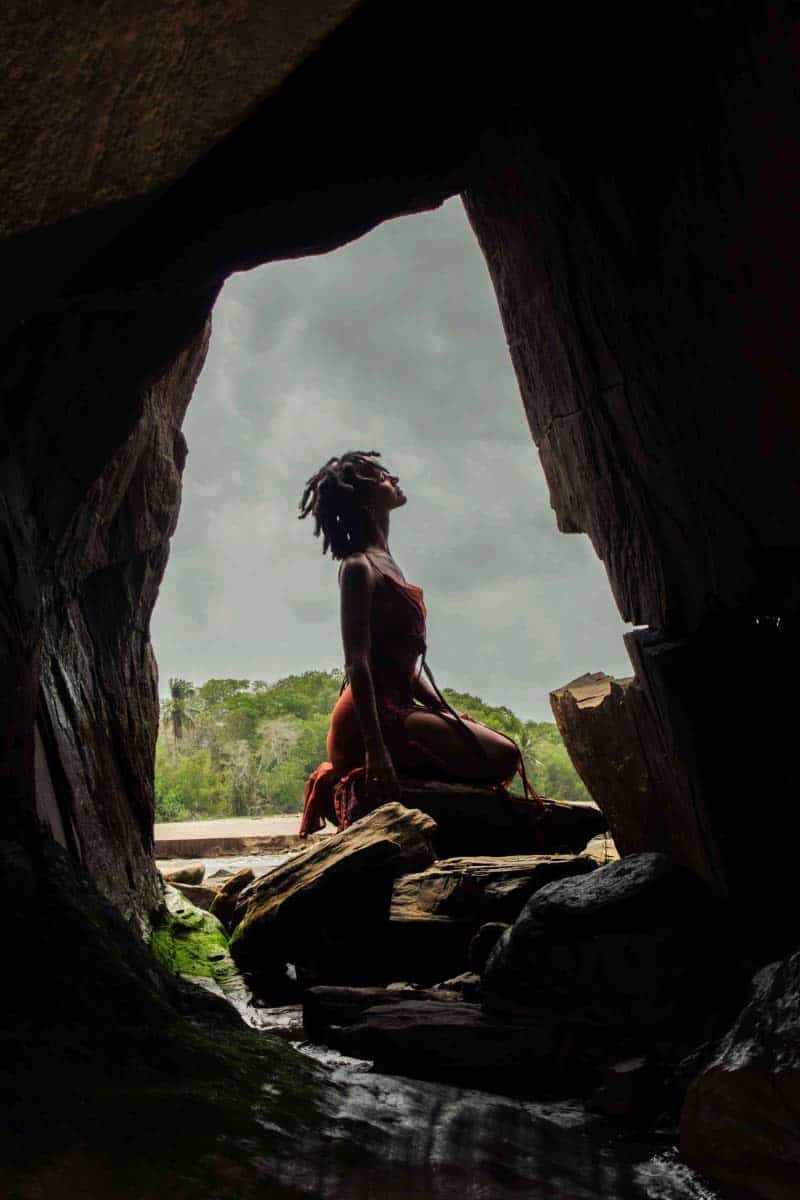 On August 1, Reframing Picton was opened by National Museum Cardiff as a community-led show. The exhibition includes two newly-commissioned artworks, which will become part of Wales’ national collection.

These new commissions consist of an immersive installation that includes sculpture, artifacts from Amgueddfa Cymru’s collections, as well as striking photography and film. These works will help reframe the legacy of Lieut Gen Sir Thomas Picton (1758-1815) and give a voice to those most affected by Picton’s actions, and to those who live with the legacy today, a media release said.

Alongside the new commissions, Picton’s portrait will return to the museum’s walls in a travel frame following its removal in November 2021. The portrait by Sir Martin Archer Shee has been a part of Amgueddfa Cymru’s collections since its founding in 1907.

The decision to reinterpret the portrait was made as part of Reframing Picton – a youth-led project team involving the Sub Sahara Advisory Panel (SSAP) Youth Leadership Network and the Amgueddfa Cymru producers. The project team worked with the museum’s curators to provide additional information and context about Picton’s legacy as governor of Trinidad at the turn of the 19th century. This includes his brutal treatment of the people of Trinidad, including the torture of 14-year-old Luisa Calderon – information which was not part of the museum’s previous interpretation of the portrait, the release said.

Calderon was a “mulatto” free girl who had been charged with theft. Her torture was called “picketing”, and she was held by her wrist from a scaffold for nearly an hour.

Picton was a controversial figure who was well-known for his cruelty in his lifetime. He was also known as “The Tyrant from Trinidad” or “The Blood-Stained governor” because of his management of Trinidad and the treatment of slaves.

The project team looked at objects across Amgueddfa Cymru’s collections to reinterpret the narrative around Picton. The interpretation contained objects such as a transcript from Picton’s trial in London, 1806; antislavery medals that were produced in support of the late 18th-century antislavery movement in Great Britain; an 1819 Eisteddfod medal won by Walter Davies 1819 to honor Picton.

The Reframing Picton project team said in the release: “For generations, even up to recent years, saying ‘Black Lives Matter’ has been controversial. In the time we worked on this project we made a point to expose –not erase – history, and it was essential that we directly involved people connected to Trinidad, where Picton entrenched his reputation for barbarism during his tenure as governor.

“One of our goals for this exhibition was to create a site of conscience rather than indoctrination. It was to create dialogue among museums, governments who fund them, and communities that they serve. To promote healthy approaches to trauma treatment. We hope that this exhibition will encourage visitors of all backgrounds to listen and learn from the past, and to put these learnings into practise today.”

Amgueddfa Cymru issued a request in January 2021 to artists for ideas that would challenge the colonial narrative of Picton’s portrait. The aim was to center black experiences. The new artworks by Gesiye and Laku Neg explore narratives of ancestry, healing, transformation and empowerment and they challenge the colonial narratives that have traditionally existed in National Museum Cardiff’s galleries by centring black consciousness, experiences, and voices.

Gesiye, pronounced gay-seeyay, is a multidisciplinary artist hailing from TT. Gesiye’s work is multidisciplinary and explores connection, storytelling and healing. It also illustrates a deep respect and love for the Earth. The Wound is a Portal is her commission that uses tattooing as a cathartic method to examine generational trauma and its relationship to the land. The installation includes several portraits as well as a short movie. This intergenerational project ties each tattoo together through stop motion animation. It facilitates a reclamation and a gateway to self-reconnection, as well as with others and the land.

Gesiye declared in the release

“This healing offer is a portal. It’s an ode and tribute to our island, its beauty, our belonging. It is still a difficult time for the African diaspora to be in touch with their land due to the traumas of colonialism and slavery. To create The Wound is a Portal I used Afro-diasporic healing modalities in order to weave a mythology for land and personhood. This allows me to celebrate individual identity and provide space to recognize our truest and transform our pain. I’m grateful to have created this work in collaboration with musicians, designers, filmmakers, photographers and eight volunteers from across the island who met through this experience. ”

Laku Neg (Black Yard in Haitian Kwéyòl) is represented by four artists, three of Trinidadian heritage, who live and work in the UK. Through the arts, this group promotes African diaspora knowledge. Laku Neg’s commission Spirited is an immersive installation – a tapestry of memory and understanding, comprising a metal sculpture, bamboo frames, twisted paper, found objects and audio-visual elements. This installation is inspired by the ole mas tradition, practice and aesthetics of the TT Carnival. Their commission explores a re-presentation of Luisa, Thisbe and Present, named victims of Picton’s brutal regime in Trinidad.
Laku Neg said:

“This ancestral work honours fractured African traditions in Trinidad that feed and underpin our island culture. Here, we offer re-imaginings and re-creations of a period in which Trinidadian and Welsh history overlap – and which continues to imbue our lives with inequity. As we acknowledge racism and injustice, the power to transform is still available. We rejoice in our being here. We are here.”

Kath Davies is director of research and collections at Amgueddfa Cymru.
“This project is the culmination of such positive working between Amgueddfa Cymru and the Sub Sahara Advisory Panel’s Youth (SSAP) Leadership Network and the Amgueddfa Cymru Producers. It highlights how important it is to work together and listen to each other.

“We are very grateful to the young people of the SSAP’s Youth Network for giving their time in working with us at the museum, and we’re very proud of the artworks that have now entered the national collection. Thank you to the artists who worked through an epidemic and crossed international borders. We hope that they spark conversations on representation and the many histories of Wales in a modern-day museum.”

“For the longest time Picton has been celebrated in Wales, now, for the first-time communities that were historically exploited and abused by the likes of Picton have a reason to celebrate:
“Our stories, told through beautiful and affirmative pieces of art, celebrating our resilience and remembering our heritage and history, our side of the story.

“There might be misconceptions that Amgueddfa Cymru – Museum Wales and the Sub-Sahara Advisory Panel’s Youth Network seek to rewrite history with this project.

But that’s far from true. Reframing Picton seeks to change the way that we view history and rewrite our future. This project will allow us to shine a light on the dark side of Picton that for so many years has been hidden in the full truthful context. SSAP’s Youth Network and Amgueddfa Cymru have played a key role in shaping important conversations that involves our nation and our past. We hope this is the beginning of discovery to the many neglected voices that makes Wales a prosperous, globally-responsible nation that brings communities together to thrive.”

Amgueddfa Cymru can be used by everyone. Our charity is part of a group that includes seven museums in the nation and a collection centre. Our aim is to inspire everyone through Wales’ story, at our museums, in communities and digitally.

We are grateful for funding by the Welsh Government. This welcome extends to all people. Play your part in Wales’ story: by visiting, volunteering, by joining, by donating, www.museum.wales

The Hands on Heritage initiative allows youth to lead projects in the museum. This grant was made possible through the National Lottery Heritage Fund’s Kick the Dust Grant.