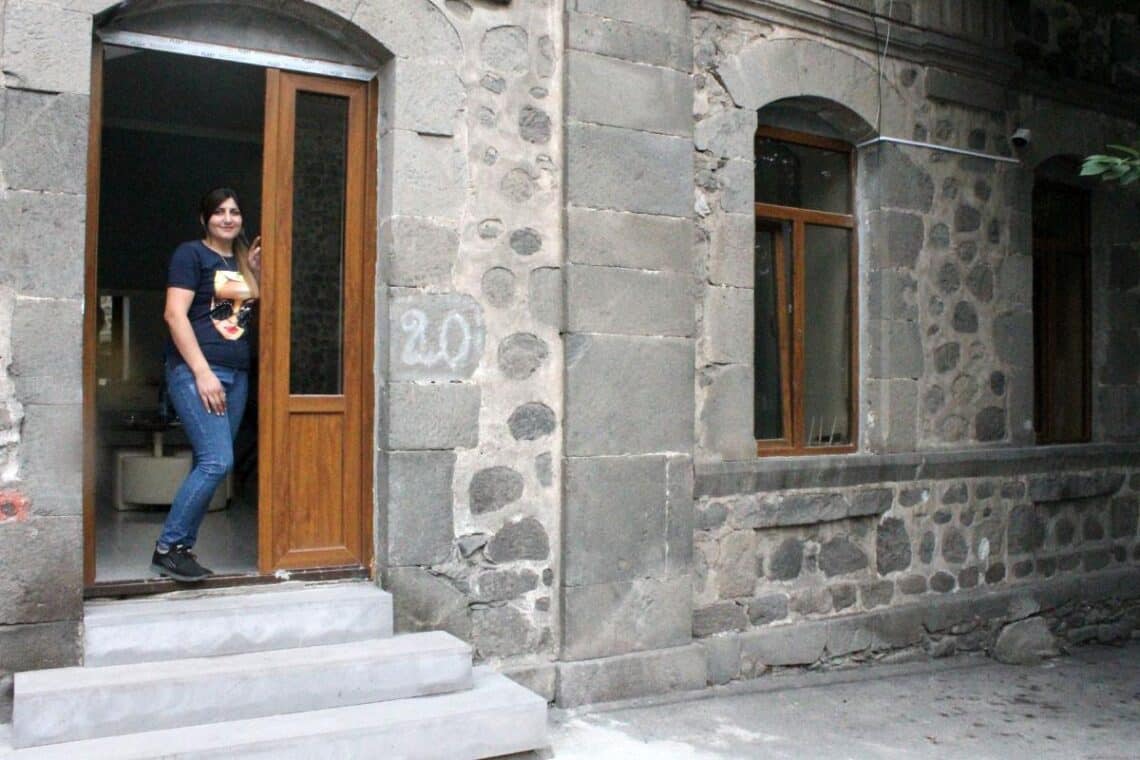 Azerbaijan now controls Kashatagh and a large part of the Republic of Artsakh after the 2020 war.

The 29-year-old woman now runs a beauty salon in Goris, a town in Armenia’s Syunik province.

Satineh, an Azerbaijani citizen, searches the TikTok pages every night for photographs of her old home before she goes to sleep. She often finds something she is looking for, most commonly images from far away.

Satineh said that she is sad to think about what Ishkhanadzor left behind.

“I get teary eyed and sad. What else is there?” she tells me and finds more village photos. “Here’s one of the river, where they are catching fish. Here’s another where my husband worked.” 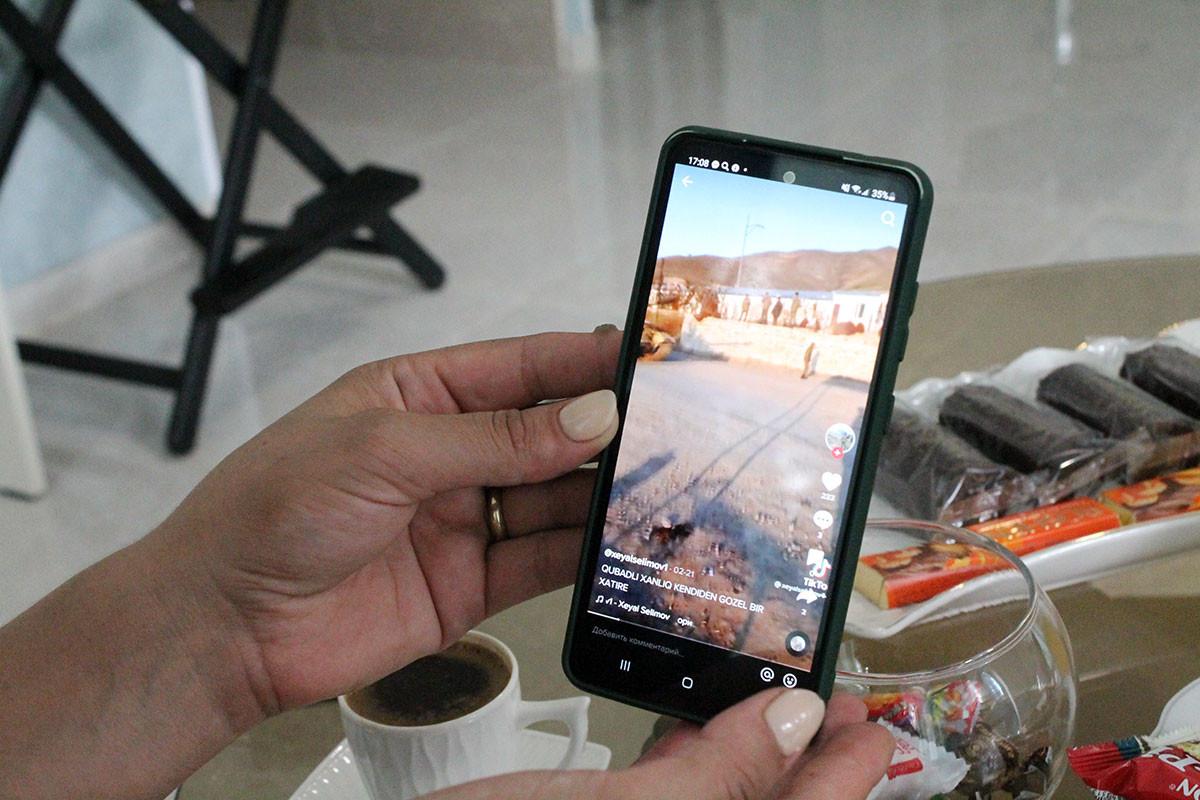 You’ll find many others displaced by the war in Goris. All of them have stories similar to theirs.

Satineh was born Tegh (a village in Armenia near Goris, on the way to Artsakh). Six years of age, the family moved from Tegh to Getamej in Kashatagh. The family built a home, took care of the farms, and raised animals.

Satineh was trained as a hairdresser in Goris, and then studied at the nearby university. She taught for a year in Kashatagh but decided that she wasn’t cut out for teaching.

Satineh was married to Harutyun from Verishen (a village just outside of Goris). They built a house and raised animals.

In her trunk, she would travel to Artsakh villages selling clothes. After the war, she had collected four million drams worth of accounts payable. Her customers were unwilling to pay. They told her that life was difficult.

“My two kids grew up in that car, on the road,” Satineh says, referring her twin daughters Lia and Lily.

Satineh took Goris children with her and other Ishkhanadzor women when Azerbaijani forces attacked their village on September 27, 2019. As a volunteer soldier, her husband, who was involved in water management, remained behind to defend the village.

“My mother was one of the last to leave the village. It was only a matterof inches before she fled. As she left, the Azerbaijanis entered on pick-up trucks.”

Satineh used a Goris space to practice her craft. She took cosmetics and tattoo classes in Yerevan and decided to start her own company. A loan was taken out by her brother. 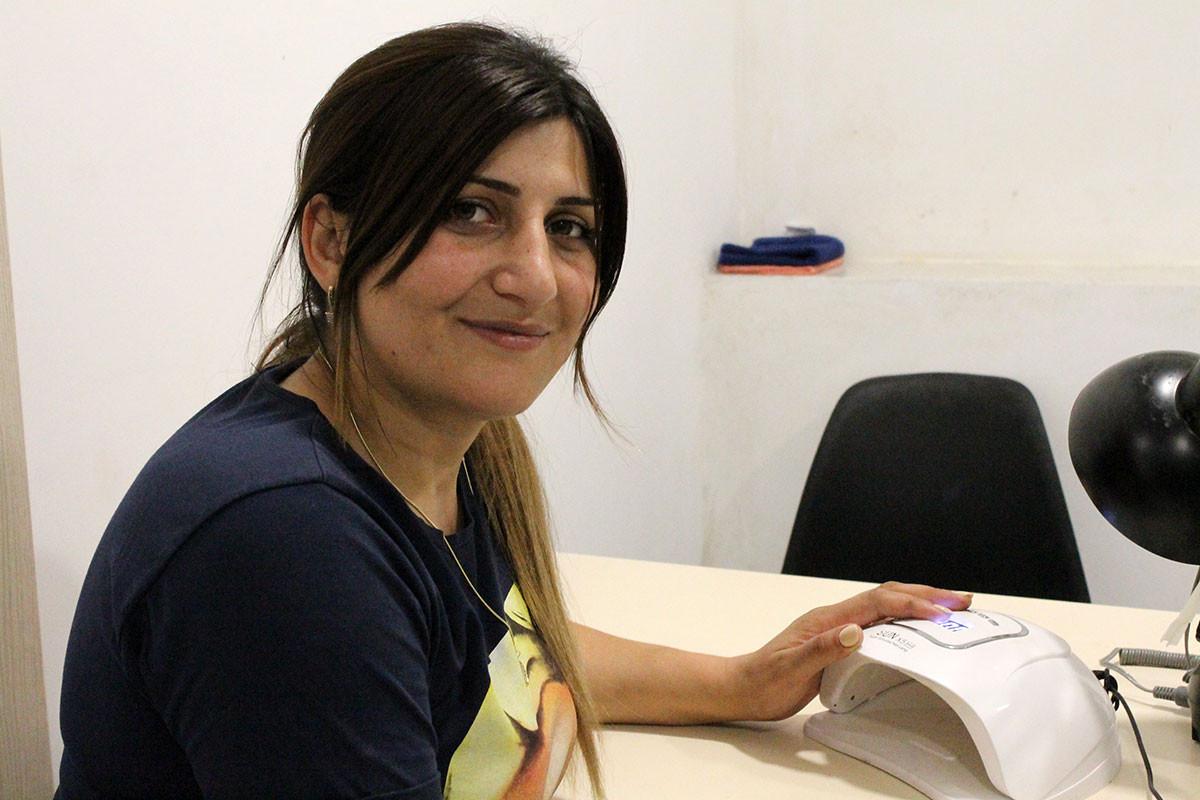 My work is satisfactory. Our prices are lower than other salons. It’s possible to sit in your home and do nothing but whine. This is not how I work. Satineh says, “I must do something.”

Her design team created the salon’s interior and the furnishings. There is still much to do.

Satineh states, “I’d really love to have a tank of water and solar energy panels.”

Goris has frequent water shortages. Our visit was the first time that there had been no water at the salon. One elderly woman was cut by the stylists using bottled water as a rinse. 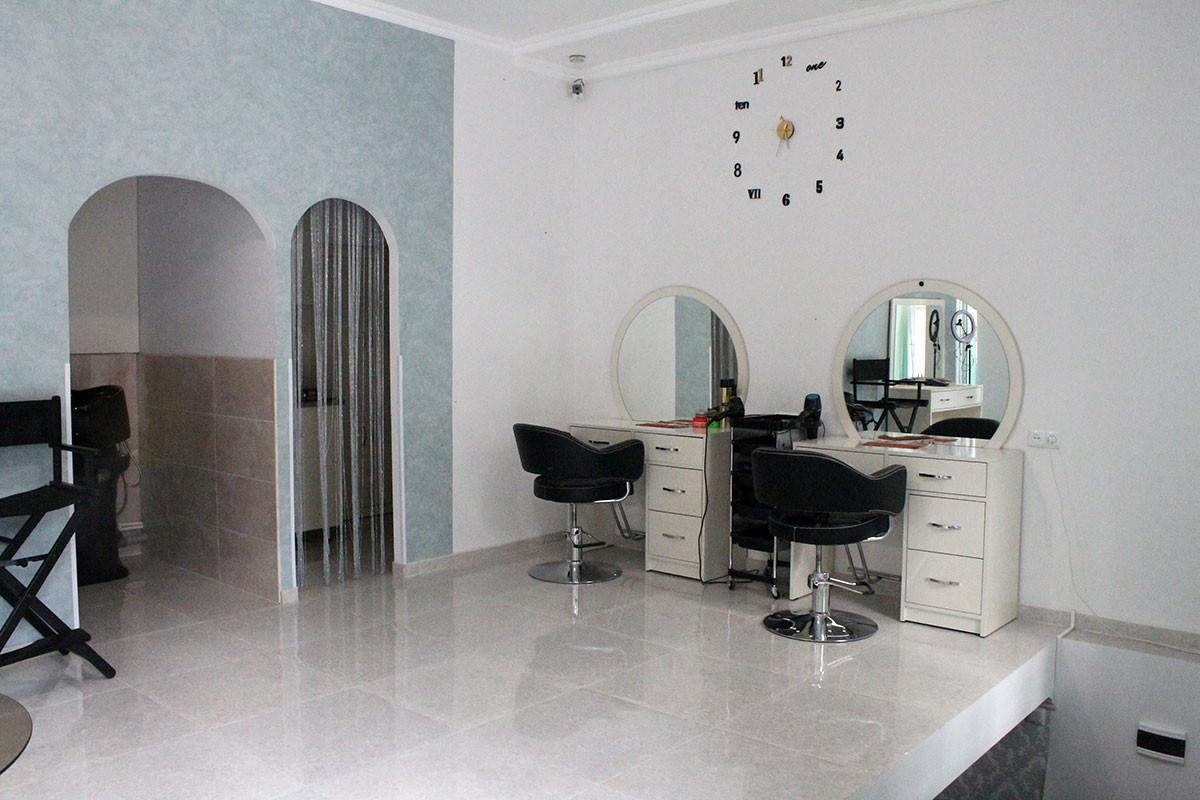 Satineh places sweets on the glass tables in the hallway, while one of her staff members brings the coffee. According to her, everyone is taken care of. We laugh.

Her smile disappears. Satineh says that after purchasing the space and ​beginning construction, her husband asked if she wasn’t afraid of losing it all as in Ishkhanadzor.

“I think we’re in a strong position here. However, I felt the exact same thing back then. How can we give our Goris away?”

Satineh lives with her husband, Harutyun and their four children in a single-room rental. Her husband Harutyun is a contract soldier with the army.

She says people often ask her about whether it would be better to own their house. But she insists that running a business is the best. Satineh feels that hard work will pay off in her salon.