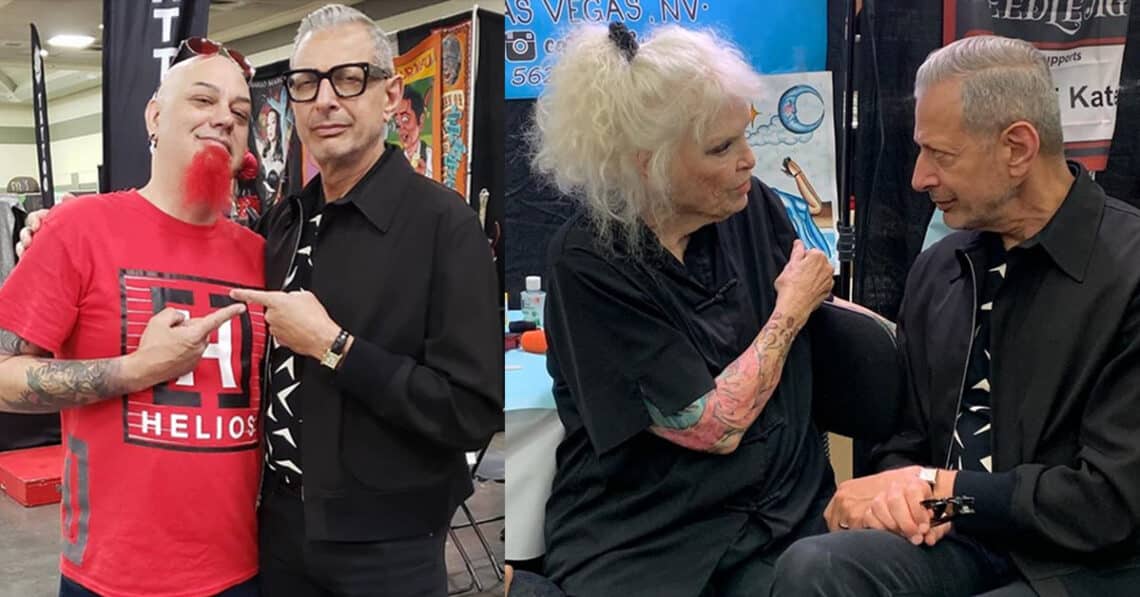 Jeff Goldblum, the actor visited Villain Arts Baltimore Tattoo Convention on Saturday to vote for tattoo of the day. He also filmed his Disney + Docuseries. The announcement by Disney + on April 11th 2019 was that Jeff Goldblum would be appearing in the new series “The World According to Jeff Goldblum.” You may also have noticed that one episode of this series will be about the Maryland Convention and culture surrounding the tattoo industry.

While the final episode of the series is in development, it’s worth taking a moment to look at those who met the cast.

On May 5, star. You can see some of the photos below, and you can let us know your excitement for the series in the Facebook comments.