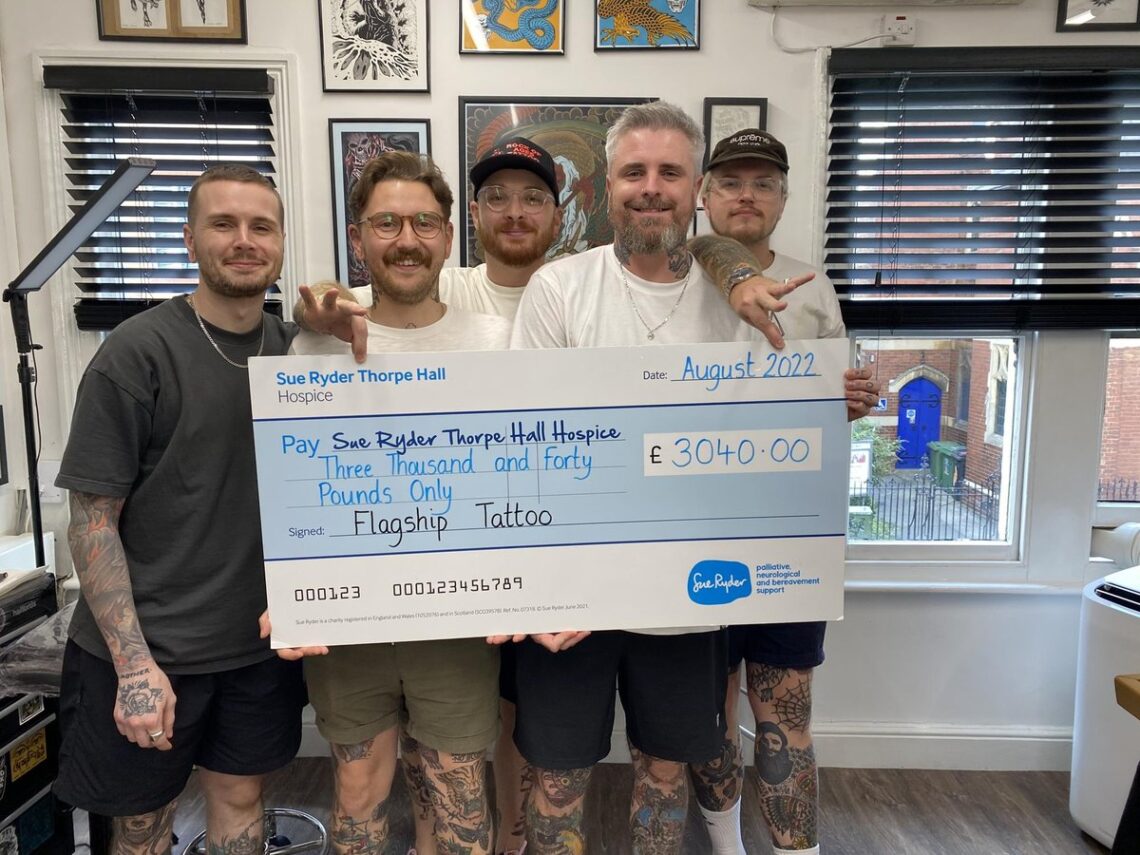 The team raised more than £3,000 for the hospice

A raffle ticket was given to interested punters and they were called one after another to get in the chair. People could have tattoos anywhere they wanted on their legs or arms. There was a large selection of designs available. You could also bid on Oli’s original artwork and purchase limited-edition t-shirts featuring Oli and Ben’s art specifically made for this charity day.

Throughout the day the team raised an incredible £3,040 for the hospice.

Alex said: “A number of the team have a personal connection to the hospice and our friends’ wife was also cared for there in the last couple of years.

“It’s particularly special to me as my wife and I got married at the hospice with all the money from the day going directly to the charity. It means so much to so many people and they do such fantastic work,” he said.

“The charity day was hectic, but great. All were in great spirits and wanted to help us. Some of our regular customers, who couldn’t stay for a tattoo that day just popped in to make a donation, because they too knew people who have been cared for at the hospice.

“We had no idea we would raise the amount of money we did; it was just incredible! Thank you to everyone.”

Asif Shaheed, Community Fundraiser at Sue Ryder Thorpe Hall Hospice said: “I can’t thank the team at Flagship Tattoo enough for their efforts on their Sue Ryder fundraising day. I popped into the studio on the day and there was a real buzz about the place – and not just from the tattoo guns.”