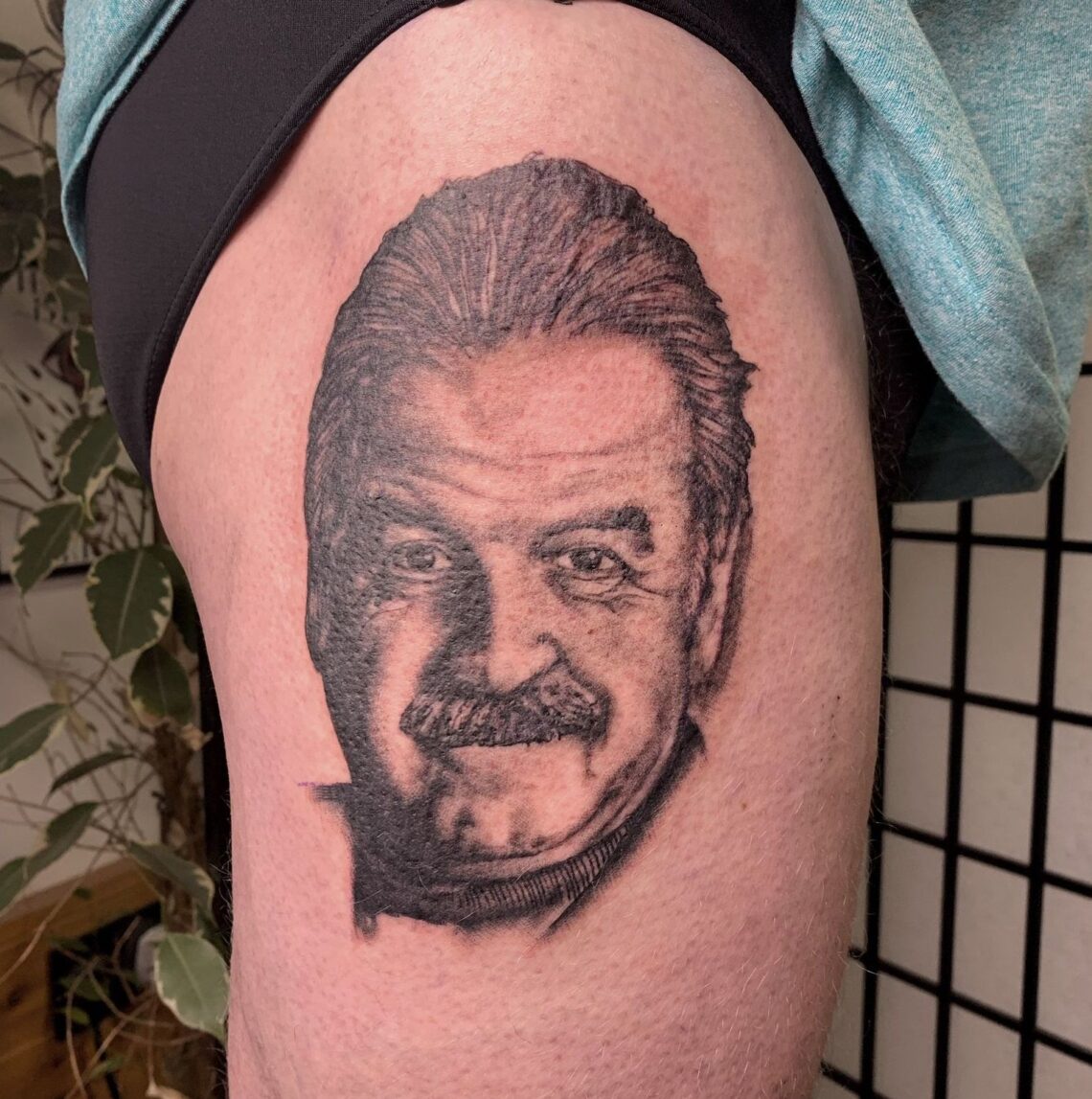 Twitter user Phil O’Kelly had the social media platform in stitches this week with his story of committing to a tattoo of the broadcaster on his thigh after a Fantasy Football face-off went awry.

RTÉ star Marty Whelan has said that he’s “honoured” that a fan got a tattoo of his face after losing a bet.

Twitter user Phil O’Kelly had the social media platform in stitches this week with his story of committing to a tattoo of the broadcaster on his thigh after a Fantasy Football face-off went awry.

So I lost a bet and had to get a Marty Whelan tattoo… pic.twitter.com/WBdNjGleJT

Phil had decided with his friend that the Fantasy Football team scoring the highest points in the 2021-2022 season was the winner. They could also decide on the tattoo for the loser.

The loser, however, could decide where the ink would go, but the tattoo had to be larger than a €2 coin.

“There were no shortage of suggestions for pictures of Marty. The man, after all, is extremely photogenic…” Phil tweeted, but he eventually settled on a photo of the “legend” himself posing with an RTÉ Lyric FM microphone.

For the commission, he contacted Kit from Live Fast Tattoos at Temple Bar’s Eustace Street in order to get it done.

He said that Betty White was his first guess (which, of course, would also have been cool). He was still giddy when I said it was Marty’s party.

After three and a half hours, Phil walked out of the tattoo studio with a 9-inch tattoo of Marty Whelan’s face on his thigh.

“At the start I told him the most important thing was to capture his smile (I definitely didn’t want a grumpy Marty on my leg forever more), and Kit absolutely nailed it,” he wrote.

“The pic will only get better as it settles down too,” he added as he shared a photo of the incredibly detailed fresh tattoo.

A confused Marty took to Twitter on Monday to say: “I’m getting a lot of messages that I have been immortalised as a tattoo. What’s all this about…?”

However, once he’d finally set his eyes on the unusual tribute, the broadcaster was delighted.

He wrote: “I’m strangely flattered, such bravery… It was an honor to stand on Phil’s legs…forever.”