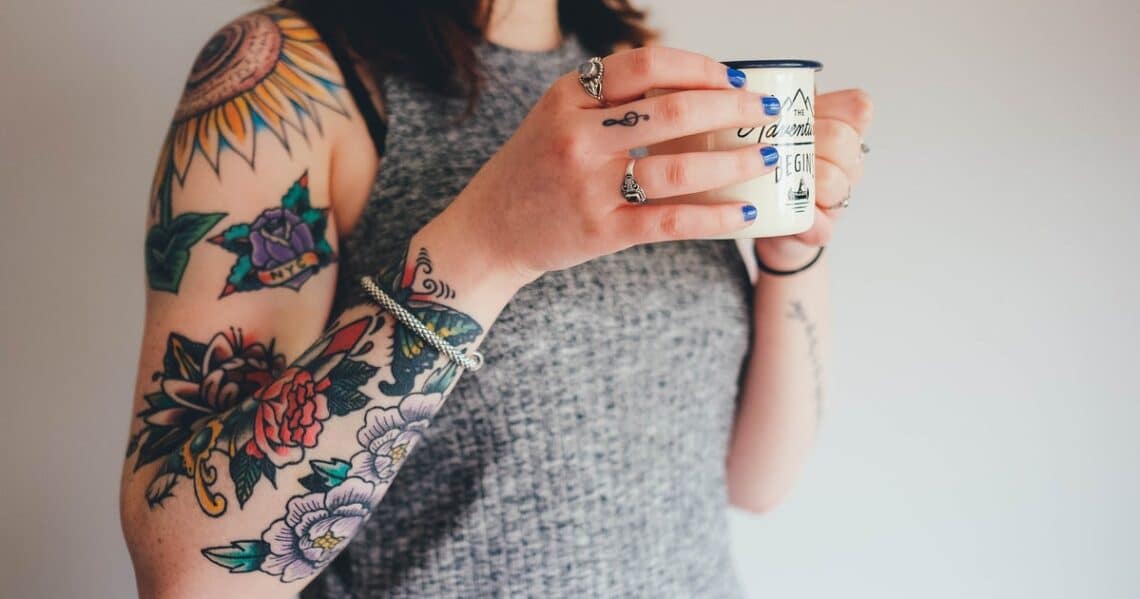 Ink tattoos were long considered taboo in society. They are a way of rebelling against the system by etching permanent artwork into your skin. However, in recent years, we’ve seen an increase in people getting inked, creating a newfound acceptance of the art form. We’ve grown more comfortable with tattooed sleeves in workplaces and at family gatherings; they have become an anchor in many people’s growing self-esteem and love for themselves.

Behind closed doors, tattoo artists who are becoming more women struggle to get a job in a traditionally male-dominated field. Their struggle against subtle and sometimes unsubtle workplace discrimination is complicated by the harsh exterior and stereotypes associated with this career. To learn more about becoming a tattoo artist and being a woman in general, I spoke to three female tattoo artists.

Emma Carr was the first artist to make a statement about this piece. She had lived in Tempe, AZ for many years and experienced many different workplace situations. All of these were more challenging because she is a woman.

When asked about a particular time when she faced gendered discrimination, she shared, “The first shop I went [to] When I tried to find an apprenticeship, it was because I am a woman that I turned down. [and said that] ‘it’s really hard for women in the industry’ and ‘you have to be tough.’”

In addition to that she talked about how, when she did finally find the right location, her owner was not professional and forced her quit, causing her to reconsider her path in tattooing.

The story of her struggle was heartbreaking. She poured so much emotion into her stories of struggles within the industry that it was hard to believe. It revealed many of the same issues she faced as others in their career. After conducting interviews, it became evident to me that the women I interviewed wanted to tell their stories due to the hush-hush tattoo industry about struggle. Again, the hardened exterior doesn’t really give opportunities for vulnerability to bloom.

“I was fired from an apprenticeship I started more recently because I thanked the owner’s wife for the opportunity [instead of him],” Carr told me. “[When he fired me] he claimed that I was being sexist towards men by giving his wife any credit for the decision-making around the shop.”

Similarly, artist and owner of Sanctuary Pittsburg, Susie Humphrey shared her experience, saying, “When I first started having a serious interest in tattooing as a career, I started bringing my art portfolio to shops and was told by countless shops that they ‘would never hire a female artist’ or ‘would never teach a woman how to tattoo.’ I was fortunate enough to find a few shops that welcomed women and had female shop owners.”

Humphrey has always made a point to help her clients feel accepted, having been open herself about being a bisexual woman and garnering a clientele of “around 80 percent female, including a large percentage of clients who identify as queer and trans.”

Maggie (a tattoo artist based in Ottawa, Canada), was also open to sharing her story.

“I think tattooing has [always] been a largely male-dominated industry and is also very gate-kept by the people who have been grandfathered in it,” Maggie shared. “[A] young 20-year-old girl deciding to throw college out the window and take a crack at tattooing, well, I think a lot of my family and even some friends didn’t think it was a smart move or that I could do it.”

This is a reason why the profession is difficult to get into, and also because it is less expensive than traditional college education.

Discrimination against women still exists despite the tattoo artist’s experiences. With tattoos, in particular. Traditional femininity is a constant reminder that women must be delicate and complacent, which seems to contradict the idea of having an entire arm full of American traditional tattoos. The warning that women who get tattoos are given is the same one as those who think about cutting down their hair, or letting their arms grow (an entirely normal bodily function), is that men won’t find them attractive because of these modifications. It is as though their whole self-worth will be affected by how men perceive them.

When I asked Carr about her thoughts on the increasing number of women choosing to be tattooed, she said “I love to see more women getting tattooed. In the past, tattooed women were considered promiscuous and criminal. Tattoos can now be seen as an expression of one’s self. [and] have gained respect as an art form, thanks to the open-mindedness of the newer generations.”

Maggie also supported the rise in tattoos by women. “More women are feeling it’s okay to get tattoos, as they’ve been seen as more of a ‘man’s thing’ in the past. I think an important part of opening the whole industry up to all genders is making sure that every gender feels safe and comfortable first receiving tattoos.”

This is a shift in how tattoos are being viewed by society. Often, they’re often grouped together under the heading of masculinity. “Tattoos aren’t just for bikers and outlaws anymore; tattoos can be seen across

every profession, not only blue-collar but white-collar as well,” Humphrey said in her response. “Having tattoos doesn’t change who you are as a person, as a woman, as a mother, or as a friend.”

In a feminine sense, tattoos can help women accept and love their bodies more readily, considering the rates of women suffering from eating disorders and self-harm, and it’s a highly effective way to create beauty where you may struggle to otherwise see it.

“I think a great aspect to highlight between femininity and tattoos is the ability to express yourself and feel beautiful, because we all know femininity isn’t really about being girly or pretty or pink and sparkly,” wrote Maggie. “It’s about being truly feminine and, to me, that means being yourself as a woman. Tattoos definitely make me feel beautiful and help me express myself as who I am.”

Humphrey shared her views on the subject with me, and her belief in bodily acceptability. “When I first started tattooing, I was told “don’t tattoo like a girl,” but that’s exactly what I did,” she said. “We want tattoos that make us feel more comfortable in our own bodies regardless of the style of tattooing. As women, we’ve been told most of our lives how to look, how to dress, [and] how to cut our hair, but getting tattooed allows us to take back control of our bodies.”

While there once existed a society of judgment towards tattooed women, we’re beginning to see a shift in their acceptance. I encourage you, the next time you’re walking around your campus or hometown, to count how many people around you have tattoos. I’m sure you’ll be pleasantly surprised to find that it’s more people than you would think. Like the people with tattoos I know, we will see a shift in the attitude of future generations towards tattooing.

Learn More About The Artists

Susie Humphrey can be found in Pittsburgh at Sanctuary Pittsburgh Tattoo Shop.

Emma Carr, a Set in Stone Tattoo Co. apprentice, is located in Tempe.

Maggie works as an independent artist out of Ottawa.

They are well worth checking out, and we encourage you to follow them! They are as talented as their words. Continue to show support for female tattoo artists within your locality.

Will tattoos finally be accepted as art?