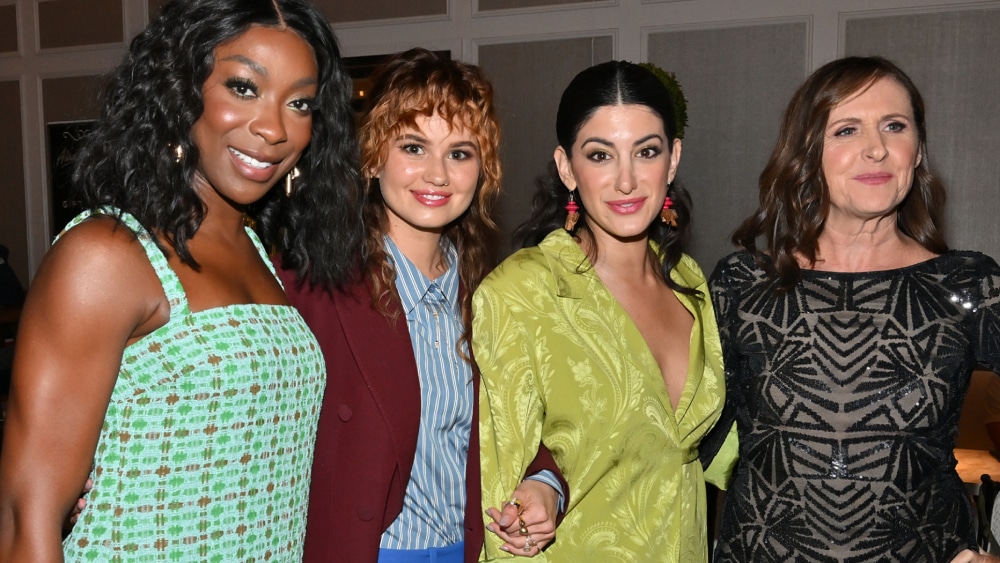 “Spin Me Round” stars Ayden Mayeri and Debby Ryan got along so well while filming the new indie comedy “Spin Me Round” in Tuscany that they ended up getting matching tattoos after production wrapped.

“We all became great friends in Italy,” Mayeri told Variety at the movie’s premiere on Wednesday in Los Angeles. “So while we were shooting, Debby and I thought it would be a great idea to get a tattoo in honor of the movie. The rest of the cast was like ‘absolutely not!’ So when we returned home, Debby and I were determined to show our commitment to each other. So we drew up a design with tattoo artist and friend Colin Rigsby!”

The tattoo is a black ink inscription on their legs that says “Frizzante,” which means “sparkling” in Italian. Mayeri, who’s red carpet dress at the premiere was bought at a flea market outside their Tuscany hotel, also recalled when she was approached for the role.

“They were like, ‘Hey, do you want to go to Italy with all the funniest people you’ve ever met or known or heard of?” Mayeri said. “And I was like, ‘Yeah, of course.’ No brainer.”

“Spin Me Round” follows a group of Italian restaurant chain managers who win a trip to Italy to attend the franchise’s education immersion program. Mayeri, Ryan and Ryan star in the film. Alison Brie, Aubrey PlazaMolly Shannon and Fred Armisen. The entire cast grew close over the course of the scenic production in Tuscany, but Heidecker also recalls how the beauty of Italy was contrasted by extensive shoots inside a “dingy” hotel.

“There’s a lot of beautiful shots in the movie overall, but not the stuff that we’re in,” Heidecker explained. “That was the joke, that we’re separated from the beauty of Italy.”