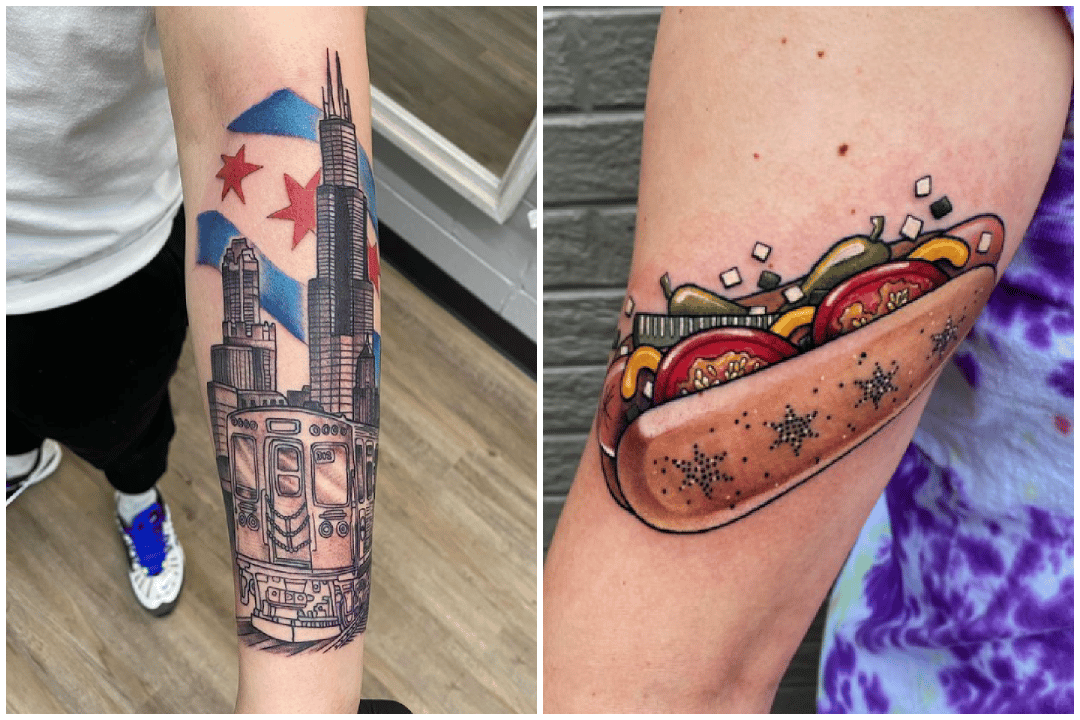 CHICAGO — There’s not a day that goes by without someone walking into Tattoo Factory Uptown for a Chicago-themed Tattoo Amanda “Bats” Day.

Most often, the ink features the skyline or the stars of the Chicago flag — features that are widely used all over the city for decoration and to show Chicago pride. Day doesn’t get tired of those designs, though, or any of the other Chicago-themed tattoos she’s given people.

“It’s dope! It’s an honor to help people show their love for this city,” she said. “I’m pretty sure I can do a billion of them and still not be tired of them. You got to love Chicago.”

The coolest Day’s ever done: a realistic view of the South Side from the 18th Street bridge. It was a beautiful shot. Chance the Snapper The Humboldt Park lagoon seen from above.

And it’s not just Chicagoans who are coming to see Bats — people from all over the United States have stopped in to get a Chicago-themed tattoo.

“The one thing they all have in common is: They want to memorialize their love for Chicago,” she said.

Block Club asked Chicagoans about tattoos with city themes to share their stories.

Here’s what they said: