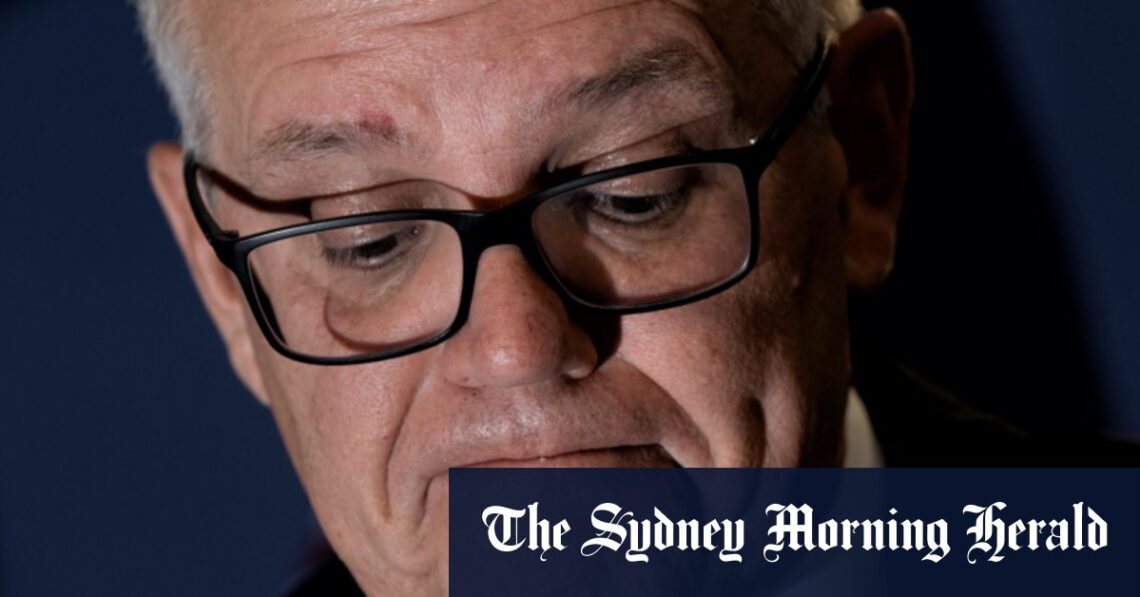 When other applicants were considered more qualified for the job of London agent general, Stephen Cartwright’s legitimacy was questioned. Again, the spectre of “jobs for the boys” is raised. Do these high-paying positions, which are funded by the taxpayer, provide any benefit to NSW? Leo Sorbello, West Ryde

The NSW government should reveal to the public what economic benefits our London-based trade commissioner has brought the state. This office has opened new trade routes, created new businesses and provided new employment opportunities. Austrade already exists in Britain and is able to fulfill this function. This duplication of effort is unneeded. For every dollar spent on Cartwright’s salary, expenses and staff, there should be a much greater return flowing to the NSW economy or else it’s just another sorry story in this litany of waste and hubris that is swamping the state government. Peter Cooper-Southam (Frenchs Forest)

An impartial evaluation of the benefits and costs to NSW from the general positions of both the trade envoys and agents would be very useful. The Productivity Commission might be interested in it. John Barry Oakdale

The selection process for trade commissioners and agents general has given a new meaning to “The Last Shall Be First”. Tony Re, Georges Hall

Cartwright’s appointment should be rescinded and the government should reassess whether such a position is even necessary. The federal Coalition and state governments have not been respectful of due process in recent years. It is time to change rules to stop future dodgy actions. All governments will have to work hard at regaining our trust. Graham Lum, North Rocks

Tim Buckley’s article needs to be answered by the federal treasurer (“Time to rein in fossil fuel profiteers”, August 22). We read that the majority of fossil fuel giants operating in Australia “have paid precisely zero corporate tax in the last seven years” and there is no need to continue fossil fuel subsidies while the five “super majors” earn staggering profits. It is imperative that the federal government responds positively to the article and continues its work of capturing obvious taxes wherever and whenever needed. Quite a revelation for many, no doubt. Thanks, Tim. Klaas Woldring, Pearl Beach

Although there is overwhelming evidence to the contrary, it’s hard to believe our politicians allow fossil fuel subsidies continue to be allowed to go on. Tim Buckley’s article states clearly the huge cost to Australians financially, environmentally and morally of continuing along this path. To stop catastrophic global warming, we must drastically reduce fossil fuel production as well as provide subsidies for fossil fuel companies. Subsidies are a threat to this goal, and they send the wrong message regarding what merits government support. Tax minimisation/avoidance of the majority of fossil fuel giants operating in Australia, who have paid no tax to the ATO over the past seven years, is outrageous. Tax from fossil fuel giants’ huge profits is not being collected and it deprives everyone of what we have as sovereign resources. Please stop the fossil fuel subsidies and let’s have $11 billion back into the federal budget annually. Liz Macfie, Crows Nest

I was 14 (“In love? Think before you ink”, August 20). They used to meet up at the Melbourne milk bar every other week. George wanted to be with me. I felt butterflies in my stomach. At 16 he was such a grown-up. I was 16 when he took me on a walk and held his hand. One Saturday, he showed up with a new tattoo. A heart with “Mary” ribboned across it. Then I went outside to throw up into the gutter. I haven’t been able to stand tattoos ever since. Mary Porter Watsons Bay

It’s all very well to describe the new shelters “with technology to keep commuters cool in summer” (“Self-cleaning green toilets just part of a $100m new look on the streets of central Sydney”, August 20) but what about when it’s wet, windy or cold? You can’t see the bus coming and the driver waiting if you are waiting by the shelter because of the advertising panels. Also, there’s a dearth of information. A detailed schedule and an easily readable map showing the routes of busses are essential. Peter Kahn, Coogee

A scare and wings

Feeding Indian mynahs (Letters August 22, is similar to feeding rats. The only difference between birds and rats is that they have wings. Officially, the mynahs are a nuisance and threaten native bird species. They have overtaken their breeding grounds and natural habitats. There should be fewer of them. Terry Bugden, Wauchope

At Hallidays Point people trap and kill Indian mynahs. This has a terrible effect on native bird species. It’s disappointing to learn that in Marrickville people are feeding them. As a matter of fact, you might as well give food to the rats or cockroaches. Bill Gillis Hallidays Point

Can we pinch it?

While I agree that it would be better to leave the gas in the ground, and madness to truck 1430 tonnes of salt per month into the Darling basin catchment (“Santos salt waste adds to gas project’s pollution concerns”, August 20), I am wondering whyno one sees the salt as a useful resource.
Could it be a sodium-salt that can be refined for use in our meals? Could it possibly be an apotassium sodium salt which could be used as a storage device for solar heat? Could it be used to make a chemical precursor? It is possible to get something more out of it than just salting our lakes and water tables. Alan Stanley, Upper Corindi

Letters to August 22, 22. Your correspondent feels sorry. He is feeling threatened by the memorial plagues that are placed in public places and parks. My family resides in Vancouver, and I feel comforted every time I walk on its shores and see the love messages written on seats. One of those messages is for a nephew, “AJ”. He was a great fan of the foreshores, and he died there. My sister and our extended family rejoice that AJ’s plaque is a testament to living memories. Therese Curtis (North Sydney)

How about some divorce plaques placed on benches by the beach? Tim Schroder, Gordon

Your correspondent suggests that to solve the monument dilemma, the statues should be divided into those people who were “good” and those who were “bad”. Is there a judge to be found? Ross MacPherson Seaforth

The question would be: “Gratitude for what?” (LettersTuesday, August 22, 2009. In my many years of voting, I’ve seen a variety of PMs and I would rate our most recent departure as the worst on almost any scale. Brenton McGeachie, Queanbeyan West

Grit is natural, except for those without any. Jeffrey Mellefont, Coogee

A friend told me that when her granddaughter started at a girls’ high school last year, six others in her class shared her first name, Lily (LettersAug 21, 2007. But wait, there’s more. Apparently, my friend’s son, a barrister and a cricket tragic, initially wanted his daughter’s name to be “Lillee”. Edward Loong at Milsons Point

Kersi! Why did you leave me out of your Casey, Casei Kasey Kaisi and KC lists? Kersi Meher-Homji, St Ives

Sleep at the joystick

Re parliamentary conventions, the use of “honourable” for parliamentarians could do with some scrutiny. Chris Moon in Katoomba

To misquote Ernest Hemingway: obituaries (Letters, August 22) are reminders that people who have died hadn’t died before. Col Shephard Yamba

The digital view
Comment online from the story that received the greatest reader feedback yesterday smh.com.au
Australia’s most in-demand professions revealed, but migrants
Be wary about returning
Start at Nonsense: ″⁣The demand for most of the occupations listed is because of migration. It will increase demand if we have more qualified people. Stopping migration is a priority. We must encourage people to return home. We need a smaller sustainable population of people who are well trained and rewarded.″⁣

After Tom Parker's death, The Wanted is nominated to win the National Television Award