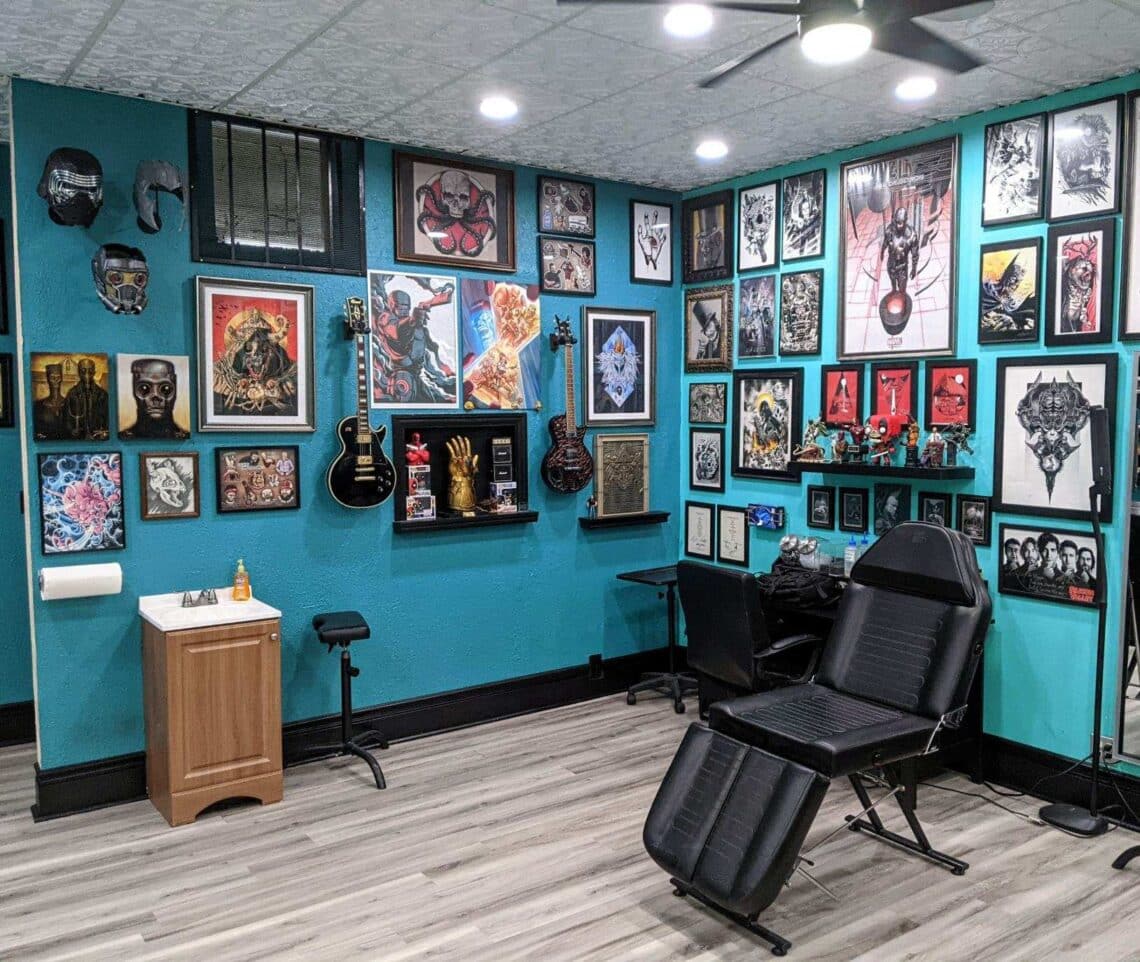 Mike Klein was a shop owner who knew right away what he wanted. “I’ve drawn my whole life, so when I was trying to answer the age old question of what do you want to be when you grow up? My desire to create was always there. I got my first tattoo at 17, and I have been obsessed ever since,” he explained. 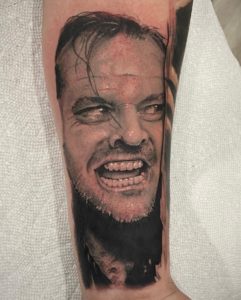 Klein got an apprenticeship after knocking on many doors. He opened his first shop eight years later, and the rest was history.

Get it cleaned up

Ink and Iron were recognized in 2021. The Toledo City Paper’s “Best of Toledo” awards named Klein as the runner up, and in-house tattoo artist Digger Pierce as the winner, and the shop itself won the award for Best Tattoo Studio.

Pierce started tattooing in 2008 with an apprenticeship at Revelation, Alexis Rd. Ink and Iron offered Pierce a position in 2018 after he had worked at BroadWing Tattoos for many years in Bowling Green. “It was the only shop I’d heard of at the time that was reputable,” said Pierce. “I decided that if I didn’t get the job here, I was going to quit tattooing and find something else to do.” 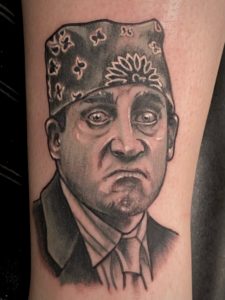 One aspect that sets Ink and Iron apart from other shops is their overall love of “nerd culture.” According to Klein, “When we talk about nerd culture, it’s a combination of everything that is pop-culture. It’s really just being in pop culture and understanding what makes people tick. This makes us more accessible, as people can relate to us better.”

“Most of the other shops feel like traditional tattoo shops,” said Pierce. “We’re really into the weird pop-culture stuff in a way that we don’t see too often when we’re at the conventions [for tattoo artists and studios].”

The open-concept layout at Ink and Iron is a modern take on the “back room” feel of a tattoo parlor. “It’s kind of got that old school barbershop feel– we can all holler at each other and hang out while we’re tattooing,” said Pierce. 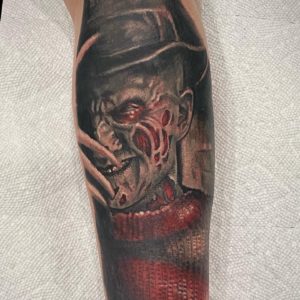 The atmosphere is everything

Klein and Pierce agreed that one of the best things about the shop was its welcoming atmosphere. “The co-workers are all pleasant to work with, and the clientele is much better than anywhere else I’ve worked,” said Pierce.

“There’s sort of a cliche about tattooers– where everything is very serious, and it becomes unapproachable. We’re not like that,” Klein explained. “We’re much more relaxed. We just wanna hang out with people we like, do some cool art and hopefully they share good conversation and friendship with us.”

Klein added, “We operate more like a family, we love and fight passionately, but ultimately we all compliment each other. Everyone has their own niche and as a unit we’re pretty much unstoppable.”

Creating art on someone’s body that will potentially be there forever creates a lot of meaning between the artist and the client. “That’s my favorite part,” says Pierce. “Making those connections is incredibly therapeutic.”

You can find more details at www. inkandirontattoo.com

“Turning the blind eye.” The families of the missing Black and Brown people keep pleading for justice