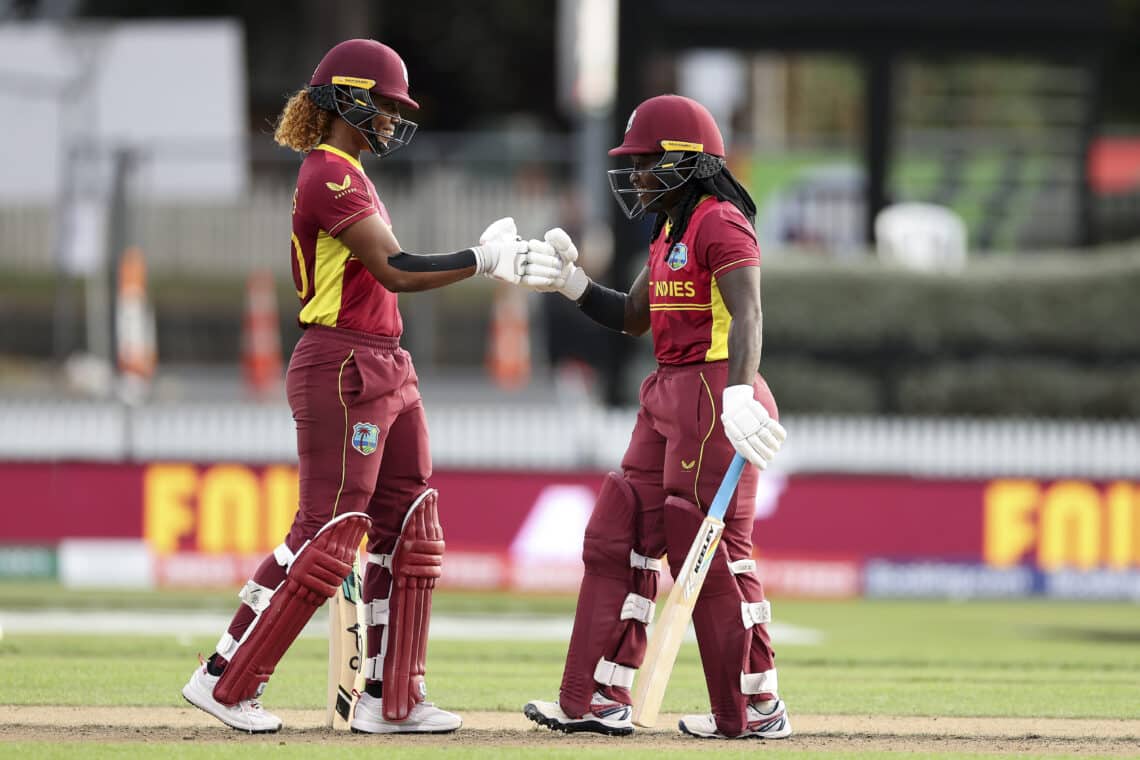 Hayley Matthews is the featured guest of this month’s ICC 100% Cricket Podcast, which went live on the ICC’s platforms today.

The newly appointed West Indies captain discussed a variety of topics in her conversation with broadcaster, Isa Guha and New Zealand off-spinner, Frankie Mackay, including the surprising timing of teammate, Deandra Dottin’s retirement during the Commonwealth Games in Birmingham last month.

“Deandra and I had some conversations prior where she may have mentioned it (retirement), maybe the timing of that exactly was a bit of a shock,” she said in response to a question from Mackay.

Matthews expressed her support for her now former teammate, saying: “At the same time I definitely felt like, if it was something that Deandra was ready for, I support her a hundred percent. We’re so thankful for everything that Deandra has done for West Indies cricket. She’s been a game changer, not only for West Indies, but in the world with how she played and how she carried herself on the field.”

Her support did not make Dottin’s loss an easy one for Matthews and the West Indies team, however. Twenty-five year-old captain admitted she sympathizes with players who are trying to find a balance between national team duties and the lucrative T20 league opportunities.

“Obviously when you’re coming up against stuff like the Big Bash, The Hundred, who are paying very well and giving ladies lots of opportunities, it can get quite hard for a lot of players to want to stay playing professional cricket when the resources aren’t as much where they’re from,” Matthews explained. “So, I think the first thing for Cricket West Indies is to get our domestic structure running a bit better. I have no doubt that they are looking to do that kind of stuff, obviously with the CPL coming up this year, the 6ixty tournament, those are really good initiatives to get the girls going and to get women’s cricket in the West Indies growing a bit more, which is really good to see.”

Matthews also described the pride she felt when she represented her home country of Barbados in the recently concluded Commonwealth Games and why the Games, to her, were such a significant step forward for women’s cricket.

“It was amazing,” she enthused. “Going as the Barbados team was quite different. We had a great first match against Pakistan. We were very grateful for it. I also know that Barbados and the West Indies region, which represented everyone, appreciated the gesture.

“Every time we go out there for West Indies, there’s a lot of pride and passion, but there’s definitely that extra ‘oomph’ to it on a stage like that. This would have been the first international match for a Barbadian team. We were given T20 status, which meant that a lot.

Matthews was recently appointed as the new West Indies women’s captain but began her captaincy journey by leading Team Barbados at the Commonwealth Games. The podcast features Matthews’ leadership style, and she shares with the listeners what to expect from her new captain.

“As a captain, I kinda always try to encourage having as much fun as possible, I’m obviously still taking it very seriously, but I think as West Indians, when we do go out there and we enjoy ourselves, that’s when we play our best cricket.”

Matthews will reveal the tattoos of some Barbadian athletes at the Commonwealth Games. Matthews also shares her views on how to create an environment that supports mental health and provides assistance for those who need it. She shares her story of how she kept playing even though she thought she might have to retire last year. Finally, she talks about the type of cricket she wants to see West Indian cricket return to.