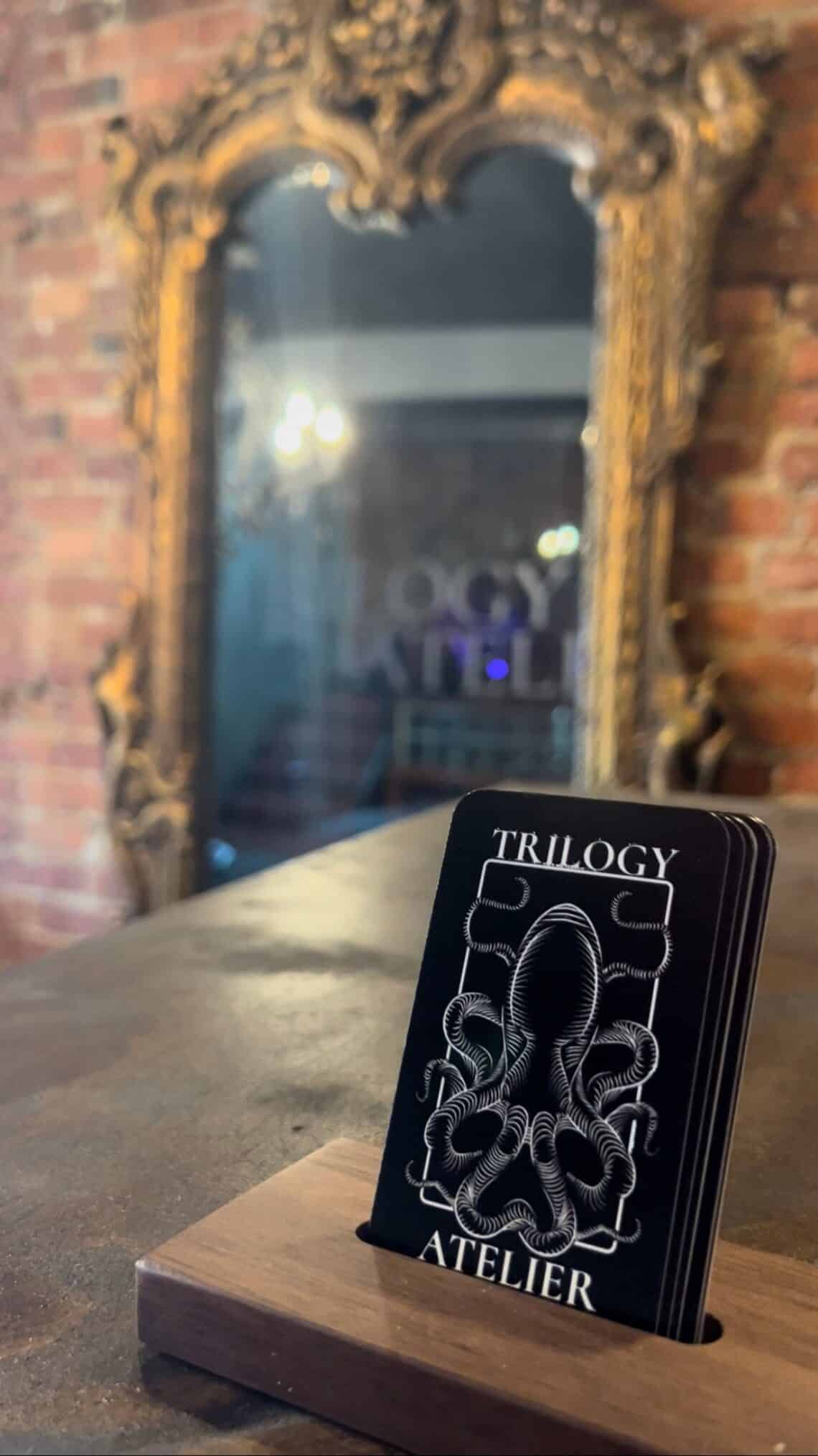 Trilogy Atelier’s logo (a kraken) was inspired from the movement of squids in water. Toni Durantine is co-owner.

A Monday afternoon at Columbia Heights’ new tattoo studio, the client fell asleep as he was getting his chest tattoo. Trilogy Atelier.

“The music put them to sleep,” says the shop’s co-owner John Jafari, who was playing BedouinThe band is known for their hypnotic and Middle Eastern-inspired melodies. “They’re like, ‘When I go into a tattoo shop, I’m expecting metal.’ Don’t get me wrong, I’ll play some Pantera or Tool. That is what I like. That’s what you think of in a traditional shop. But I put on Bedouin, and the guy literally fell asleep.”

Trilogy Atelier is a new tattoo shop which opened in August. It aims at being a place where customers feel relaxed enough to drift off to sleep. The shop, which doubles as an art gallery, is run by a husband and wife who say they’re hoping to redefine what a tattoo studio can be—starting with “excellent customer service” and a welcoming environment, says co-owner Toni Durantine.

Their plan is for monthly exhibitions of art with both local and foreign artists. Jafari’s father owns a bar under the shop, so visitors can grab a drink at the bar before heading upstairs for the art events. Durantine says she wants to provide a “360 perspective” on artists’ work—tattoo artists often work in multiple mediums, and that can translate into their style of tattooing.

“I want to kind of connect the dots for people,” says Durantine, a paramedical tattoo artist who works on patients to camouflage scars or other physical differences.

Trilogy Atelier is also open to artists who are not represented at other studios. The first artist they hired, Kristin Pilkerton, has a connective tissue disorder called Ehlers-Danlos Syndrome and says Trilogy Atelier is the first tattoo shop she’s worked in that will accommodate her needs. Pilkerton sometimes tattoos clients with Ehlers-Danlos and says artists often turn away clients with the condition due to their skin’s elasticity.

“With Trilogy Atelier, I feel seen beyond my disability,” says Pilkerton, who goes by the name “Faith” professionally. “They saw me as an artist.”

Durantine said that Trilogy Atelier should be a place where their artists learn and grow. The shop plans to bring in international artists whose styles aren’t already available in DC, and they’re hoping resident artists will get the chance to learn from the guest artists. In November, they’re bringing in a tattoo artist from the UK specializing in color realism, and the owners are in talks to bring in an artist from Iran who inks traditional Persian-style tattoos. Trilogy Atelier hopes to eventually bring in traditional tattoo artists and old techniques.

“The lectures, the artists that are coming in—I want to get even crazier down the line,” Durantine says.