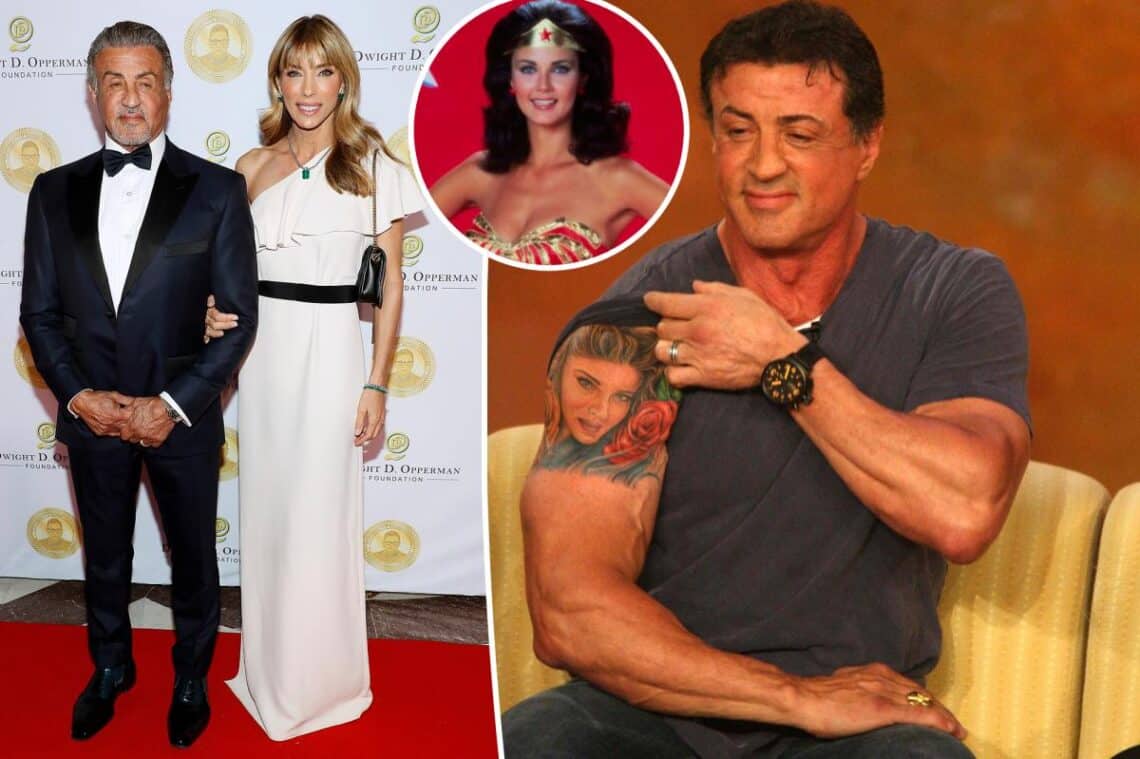 According to tattoo artist Mike DeVries, Sylvester Stallone wanted to cover up his ink tribute to wife Jennifer Flavin long before the couple’s breakup.

August’s headlines were made by the Golden Globe Winner adding a portrait of “Rocky” dog Butkus over one of Flavin on his bicep, just one day before news broke that Stallone’s spouse had filed for divorce.

“I already knew that he wanted to do something, because last year he emailed me, called me, and we discussed talking about making Jennifer Flavin into [Wonder Woman],” tattoo artist Mike DeVries told People.

Calling Stallone “one of those guys who just knows what he wants,” DeVries recalled the actor requesting “brighter” colors mid-tat and showing him multiple magazine covers as inspiration at the time.

DeVries told the “Creed” star that Wonder Woman wouldn’t “work” as a cover-up because of her tiara — “All of [Flavin’s] hair would just shine through,” he said — and Stallone, who’s currently filming “Tulsa King” in Oklahoma City, ultimately tapped local artist Zach Perez for the canine cover-up.

“Greatest day in my tattoo career!!” Perez wrote on Instagram on August 16, two days after Flavin’s birthday. “Thank you for trusting me with your tattoo today @officialslystallone.”

Since getting inked, the “Expendables” star has responded to estranged wife Flavin’s divorce filing, denying her allegations that he “engaged in the intentional dissipation, depletion and/or waste of marital assets which has had an adverse economic impact on the marital estate.”

Hollywood’s legend denied that their 25 year marriage was a lie. ended because of his dog According to rumours, the two fought over Dwight, a Rottweiler. Flavin allegedly didn’t want a pet, while Stallone wanted one for “protection.”

You are the action star told TMZ, “We did not end the relationship on such a trivial argument,” but admitted they disagreed about “how to care for the dog.”