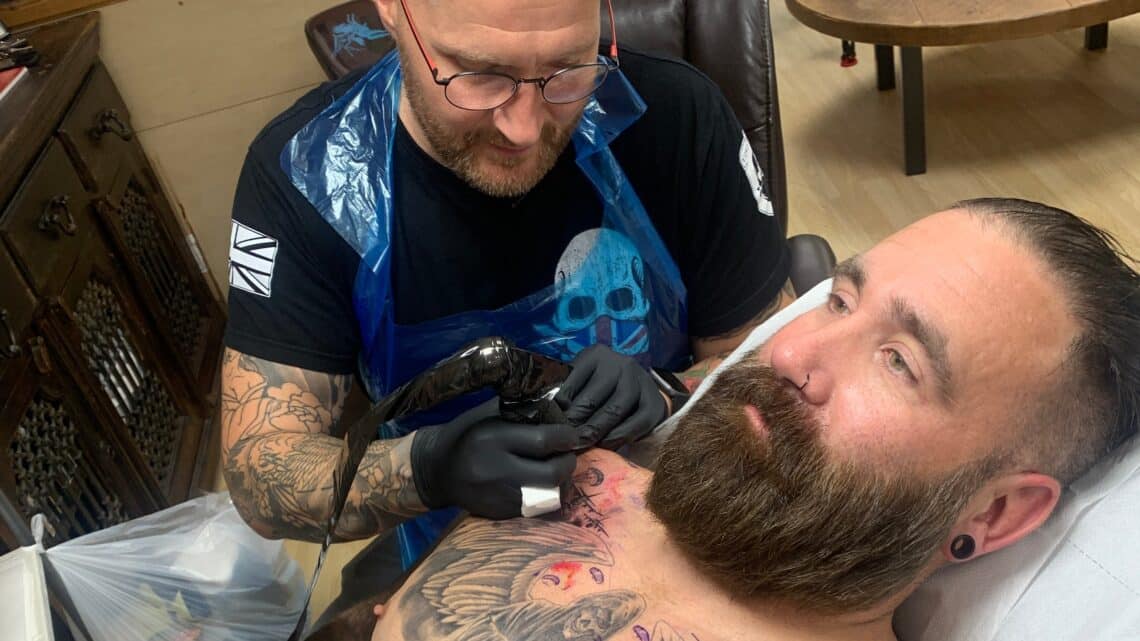 Hairdressers and tattoo artists are being encouraged by a veterans’ charity to take a short training course on how to spot and support suicidal clients.

Help For Heroes said there was “plenty of anecdotal evidence” that salon staff often provided “informal therapy” sessions for veterans struggling with their mental health by bonding with them as part of their daily work.

The charity offers a free, 30-minute training program that everyone can take. The course is taught by experts of The Armed Forces charity as well as the Zero Suicide Alliance.

I’ve been through some very difficult times in my military service, and now feel able to relate to my customers. They become my friends. Tattooists should be able to go through this training to recognize signs that someone is struggling.

Help For Heroes stated that one veteran who wanted to remain anonymous shared his story about how a tattooist saved him by building a relationship with him during a time of serious depression.

While getting a tattoo to commemorate fallen soldiers, the artist recognised that he was struggling with his mental health and extended his sessions over several days – even though the piece could have been completed in hours.

According to the vet, this kindness helped him work through his emotions and eventually saved his life.

Aaron Baillie is a former Royal Engineer who served 22 years and was a tattoo artist in Chesterfield for veterans. He said that his sessions were often informal therapy.

Mr Baillie, who has taken the training course, said: “I regularly tattoo serving military and veterans and, a lot of the time, the tattoo appointments become almost therapy and venting sessions. 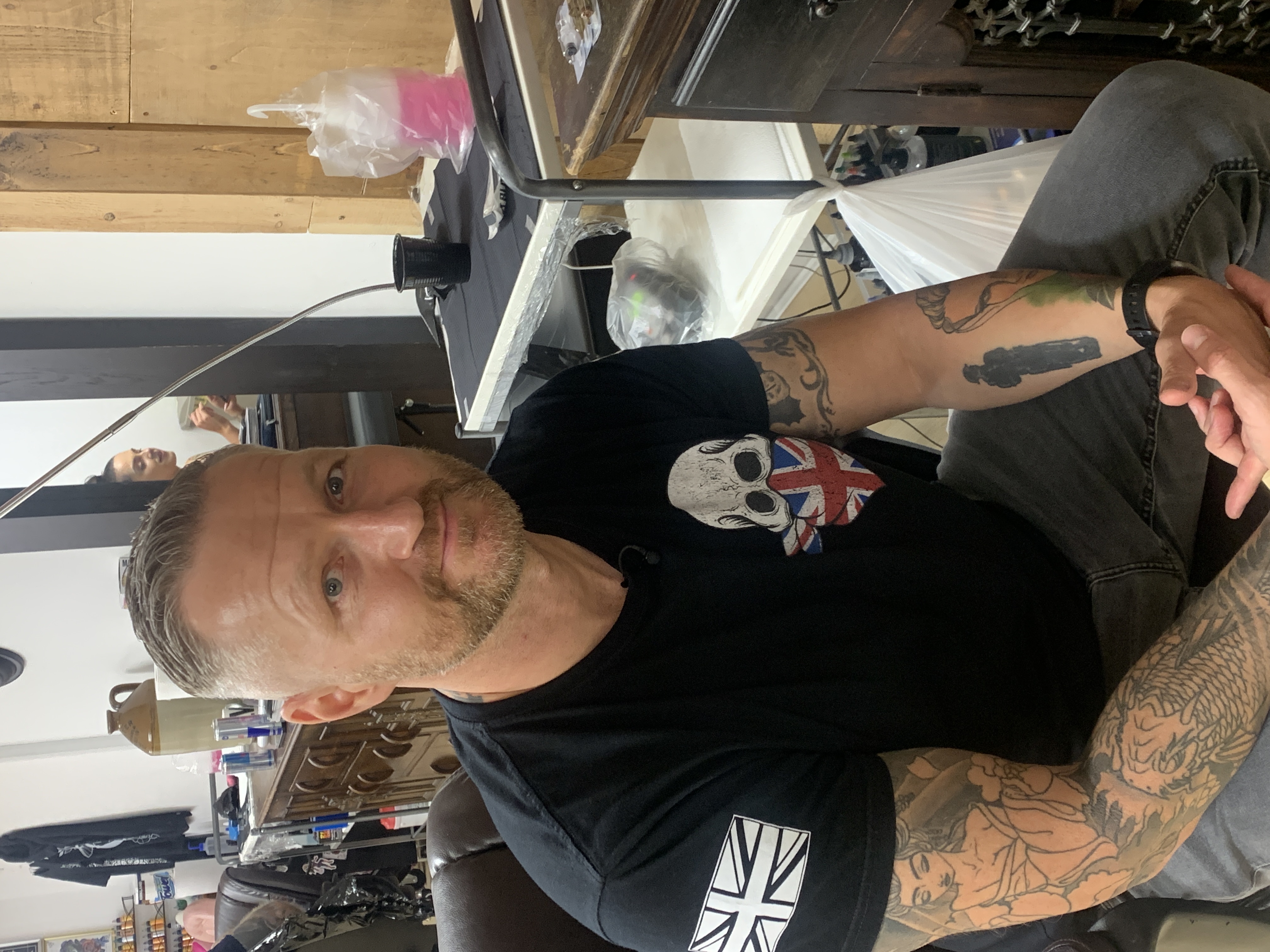 Aaron Baillie is a tattoo artist.

“Having gone through some really tough times during and after my military career, I am able to empathise with my customers, who become friends.

“I think tattooists are perfectly placed to take this training and learn how to spot signs when someone might be struggling.”

Kemsley Whittlesea, another veteran-turned-tattoo artist, from Maidstone in Kent, has also completed the training.

Mr Whittlesea, who served for 15 years before he was medically discharged with a shoulder injury, said: “Every time I’ve been on tour, I’ve ended up losing quite a few of my comrades, as well as friends, to suicide.

“As soon as I heard that Help For Heroes were doing a campaign to raise awareness of suicide prevention training with tattoo artists, the stars aligned, and I knew I had to jump on board to help in any way I could.” 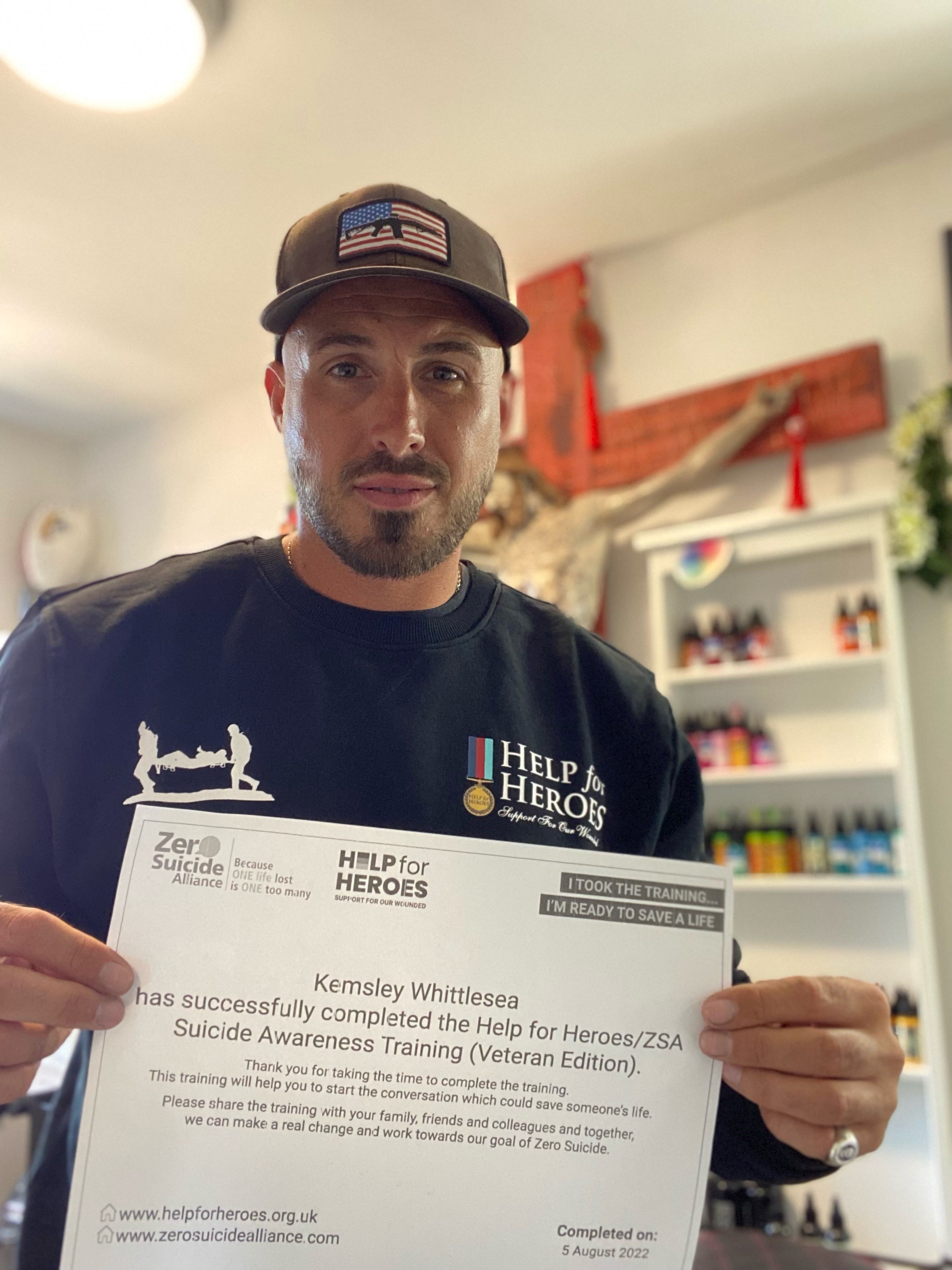 A survey by YouGov of over 8,300 respondents, 455 veterans and more, was conducted in July 2022. It found that one third have experienced suicidal thoughts in their life.

According to the charity, former military personnel are more likely than their therapist to seek support from family members and friends.

The short session is designed to assist veterans and others in recognizing signs that someone may be struggling with mental health. It also aims at opening conversations about the subject.

Help For Heroes is especially encouraging people in roles within their community and those who have lengthy conversations with clients to take part.

Get the latest videos every day

You can watch the important stories right in your email.