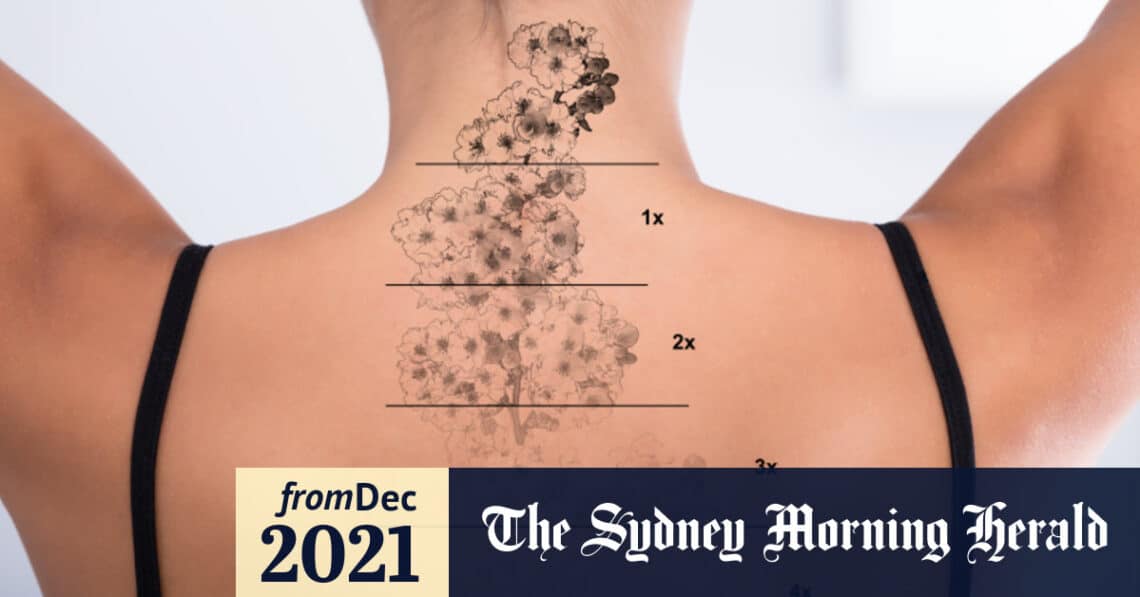 There are many reasons why people do what they do. Some do it because of a job opportunity, when an employer doesn’t allow visible tattoos. It may be because they are grieving the loss of someone with whom their name has been etched across their heart. And others do it because they thought the smiling tattooist in Bangkok was inking the Thai word for “love” on their back when, in fact, it said “chicken”.

Many of us have just outgrown how we used to look years ago. Mike Anderson can almost predict when they’re going to be feeling that way. “It generally takes seven or eight years for someone to change their mind about a tattoo,” says Anderson, co-owner of the Think Again Laser Clinics in NSW. “There was a boom in tattoo applications seven years ago, so we’re about to see a peak in tattoo removals.”

You can get into the tattoo removal industry. The industry is not regulated outside of Tasmania, Queensland or Western Australia. Hilary Quinn, who proudly calls herself “an old-timer” after 13 years at Melbourne Tattoo Removal, says, “I’ve seen a lot of burned skin and scarring from dodgy removal jobs.”

A laser is used to break up the ink on the skin. The ink fragments are then absorbed into the body’s lymphatic system and slowly excreted over a period of weeks. Although it’s important a high-quality machine is used, it’s not just about the technology, but the person using it.

“It’s like a car,” says Quinn. “You can buy a Ferrari, but if you don’t know how to drive it, you’re probably going to go straight into a telegraph pole.”

A tattoo removal takes about $1000 and requires 10 treatments. These are spread over the course of a year. Quinn doesn’t have any tattoos, but Anderson is a testament to the saying “Physician, heal thyself”. When he was 14, he had his first tattoo. He soon got nine more. But he’s since had seven removed and plans to “be clean” in two years.

“My staff have to do a treatment on me to get through their training,” he says. “The best way to explain the process to the client is if you’ve gone through it yourself.”