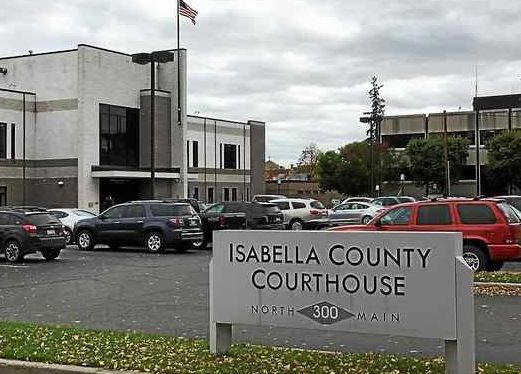 A former tattoo artist was accused of assaulting the victim while she covered the identity of her boyfriend. The incident was described to an Isabella County jury Monday afternoon.

According to the woman’s identity, the attack began shortly after Scott Ray Kellogg II (39), started inking her the night of March 10, 2021. Kellogg was inking the shape of a sunflower above her right hip, and she said his hand fell on top of her underwear. This is where the attack took place.

Kellogg hasn’t been affiliated with Sinister Tattoo since before March 15, 2021, according to a Facebook post on the parlor’s page.

Mark Webb asked her how many times she had seen it happen, and she responded repeatedly.

Kellogg’s attorney, Paula Fisher, told the jury during her opening statement that details in the woman’s story had changed over time, and that there was no evidence of ink or skin ointment on her underwear from the incident.

The woman previously testified that Kellogg placed plastic wrap over her bottoms and then folded the wrapping under her top.

Sinister Tattoo Parlor (1807 S. Mission St.) was the place where she was allegedly assaulted. It took place between 6-8 p.m. She was visiting it because it was close to her home. Monday she stated that she was carrying seven tattoos, each one of which had been done in St. Louis by her former tattoo artist. During the COVID-19 epidemic, he was forced to close his business.

Kellogg was also present when she visited the tattoo parlor. The parlor’s owner was also present as were two women. Kellogg shut the front door shortly after Kellogg arrived. According to the woman, he said that he did it in order to stop someone from interrupting them.

It took Kellogg more than an hour to sketch, clean and prep, and start to tattoo the woman’s skin.

After Kellogg began to assault her, she said that told him to stop or she’d contact the police. She said that he stopped briefly and then assaulted her once more.

The woman also stopped for a moment and went back to the chair. Fisher, who said the woman had previously said that there were no breaks, asked her why she didn’t just leave.

At 8:20 p.m. the woman stated that she had received text messages from Kellogg requesting she put her children to sleep and informed Kellogg she must leave. The woman also made an appointment for the following day so that she could get her tattoo done.

Fisher was told by Fisher that this was her exit strategy. Kellogg had to be liar so she could go in peace.

After the woman fled, she said that she had called her brother at the Michigan State Police academy, where he was also attending. He told her to call the police and she responded immediately.

Mt. Pleasant Police Department, who persuaded her to come back that evening with a wire. He confronted her, she said.

“What you did last night was bulls**t,” she told the jury she told him. She claimed that he was sorry for crossing a line.

Chuck Morrison (a Mt. Pleasant police detective Chuck Morrison sent her a SMS message informing her that she needed to unlock her front door. The parlor was opened by police shortly after she had done so.

Although the prosecutor tried to play the audio of the conversation’s conversations, technical problems prevented it from being properly played. An audio file from the defense was not playable as well. Judge Eric Janes rescheduled proceedings to Tuesday morning.

The late return of a juror from lunch broke caused testimony to be delayed. About 20 minutes after the doors opened, the juror arrived back.

While everyone was waiting, Janes asked the jury, “Anybody got a good joke.”