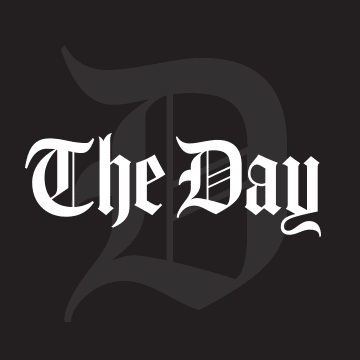 America’s contributions to the art of tattooing are culturally and artistically varied and, ah, indelible. Ray Bradbury’s “The Illustrated Man” comes to mind, as does the character Queequeg in Melville’s “Moby Dick.” There’s Popeye, of course – who was himself an ink product – with those anchor tattoos on his massive forearms. And don’t forget the sinister tradition of teardrop shapes under one’s eye, amateurishly administered in prisons, to quantify the number of homicides perpetrated.

In our part of the world, tattooing is increasingly synonymous – we’re talking a global audience – with 28-year-old Middletown native Holli Marie. A tattoo artist who works at Flat’s Tattooing & Body Piercing in Groton, Marie is currently competing on the current 14th season of “Ink Masters,” the immensely popular reality television program.

Episode 2 of the season premiered tonight, on Paramount + TV. It began a week ago.

“I’ve been drawing since I was 2,” Marie says in a phone call last week from work at Flat’s in Groton. “I went to high school at the Greater Hartford Academy of the Arts and majored in visual arts, so I had a bit of training. But I wasn’t sure about college, and the only reason I ended up tattooing is that I was a bit of a punk rocker and didn’t want a real job. My first job was to clean up the tattoo parlor and answer phones. I became an apprentice when I turned 18.”

Marie, who now lives in Old Saybrook, is home between trips to Vancouver, where this season’s episodes of “Ink Master” are being taped. As the sustained tension of the program is based on the audience not knowing who will last in the competition from week to week, one of the stipulations for being on the program is that competitors can’t divulge how far they advance in the competition. Marie acknowledges she’s having fun and is a bit nervous – but this isn’t a totally new experience either.

Retired in the saddle

“I competed on Season 12, and they actually reached out to me to see if I’d be interested in being on the show,” Marie says. “The theme that season was ‘Battle of the Sexes,’ and I finished 7th (out of 18 participants).”

That was good enough for the “Ink Master” producers to call Marie for this year’s competition – which is called “Legends Return” and features combatants from previous seasons who performed well.

“On one hand, we all have some seasoning,” Marie says, “but you’re still competing. Everybody on the show does a great job and is a nice person. I’m definitely having fun. Tempers can run a little hot at times, but it’s neat to see how the others process what we’re doing and learning.”

The reality TV format is well-known to those who are familiar with this popular series. On “Ink Master,” tattoo artists go against one another in a variety of challenges that demonstrate their artistry and personality as determined by a panel of celebrity judges. Precise episodes might reflect something appropriate to the air date – as with Halloween, for example.

At the end of each of the season’s 10 episodes, one or more contestants are eliminated. The last artist standing wins $250,000 – the largest prize in the show’s history – the title of Ink Master and will be featured in an upcoming issue of Inked, the industry’s mouthpiece publication.

“For me, it was so exciting to see who our judges were going to be,” Marie says. “When they walked out (for the first taping), I was like, ‘OMG. Heart attack!’ I’ve been seeing these people on TV since I was 10 when I first watched (an early tattoo program called) ‘Memphis Ink.’ Now, of course, I know them as the best in the world at what we do.”

Celebrity-wise, “Ink Master” is most associated with off-and-on host Dave Navarro, the heavily tattooed guitarist for Jane’s Addiction who will appear in guest spots as “Master of Chaos” over the course of this season – introducing unimaginable structural twists to the assignments. The host for “Legends Return” is Joel Madden, lead vocalist for the band Good Charlotte, and judges are industry icons Ryan Ashley, Nikko Hurtado and Ami James.

Of course, Marie carries on her gig at Flat’s with her usual excitement and commitment. Despite having been a professional for seven years, her conversational tone indicates a refreshing sense of pride and even surprise that she’s doing something she loves.

Marie works in traditional and neo-traditional styles as well as black and grey – a process in which shadings and gradations are emphasized – as well as watercolor. A portfolio of her work indicates a fine sense of realism and imagination, and she says it’s not unusual to do a bit of homework if a particular design calls for it.

One of her tattoos depicted a hyper-detailed portrait of Theodore Roosevelt; another, based on a television interview stunt, shows former wrestler Randy “Macho Man” Savage with several tiny containers of coffee creamer he displayed to illustrate that he was “the cream of the crop.”

“I book clients a couple of months out so that I can do my research and develop images so I can have reference photos for the date,” Marie says. “I love doing designs like that.”

Marie, as she was thrilled to meet the celebrity judges for the first episode of the series, is a huge fan. To that end, when she’s asked what person – deceased or alive – she’d love to tattoo, she pauses, thinking.

“I’d probably say Amy Winehouse. She was one of those iconic and truly gifted artists, but she seems to have had that punk attitude, too.”

Marie also knows the importance of her work.

“I think having integrity in your work is really important, and maybe it’s something a lot of tattoo artists have lost,” Marie says. “You have to have that for your clients – and I want my clients to respect and trust me. I’m pretty straightforward. I will definitely tell someone that I don’t think a color palette will work with a skin tone, or if a design isn’t right for the person. I think people respect when you’re honest.”

Marie is therefore limited in her ability to express herself artistically.

“I always caution against names and dates,” she laughs. “These are things that might come back on you in as short as two weeks. Many children today see celebrities or musicians with tattoos on their faces. If they want to look like a bathroom stall, I’m not going to be the artist.”

Marie won’t accept certain design requests that are not in her interests or contrary to her beliefs.

“I will not do hate symbols or the Confederate flag,” she says firmly. “(Tattoos) are forever and if someone asks for something inappropriate, I’m not going to do it – and I pray you figure it out. A decade ago I was the only female in a tiny shop when someone asked for swastikas. All the other tattoo artists were scared to say no. That’s what I did. ‘You need to leave now; just keep it moving.’”

Whatever happens with “Ink Master,” Marie’s career is certainly on an upward trajectory. She travels frequently to tattoo conventions across the country, and she says she’s delighted to have found her career.

“I was the first person in my family to have a tattoo,” she laughs. “My parents weren’t too thrilled. They’re used to it now, of course. They should tune in tonight to see the latest episode. I hope everyone tunes in tonight.”

Watch out for the “Watch” button.

What: Competes on the reality show “Ink Master”

Where and when: The new episode will stream live at 12:00 a.m. on Wednesday, Paramount +. Paramount + has older episodes.