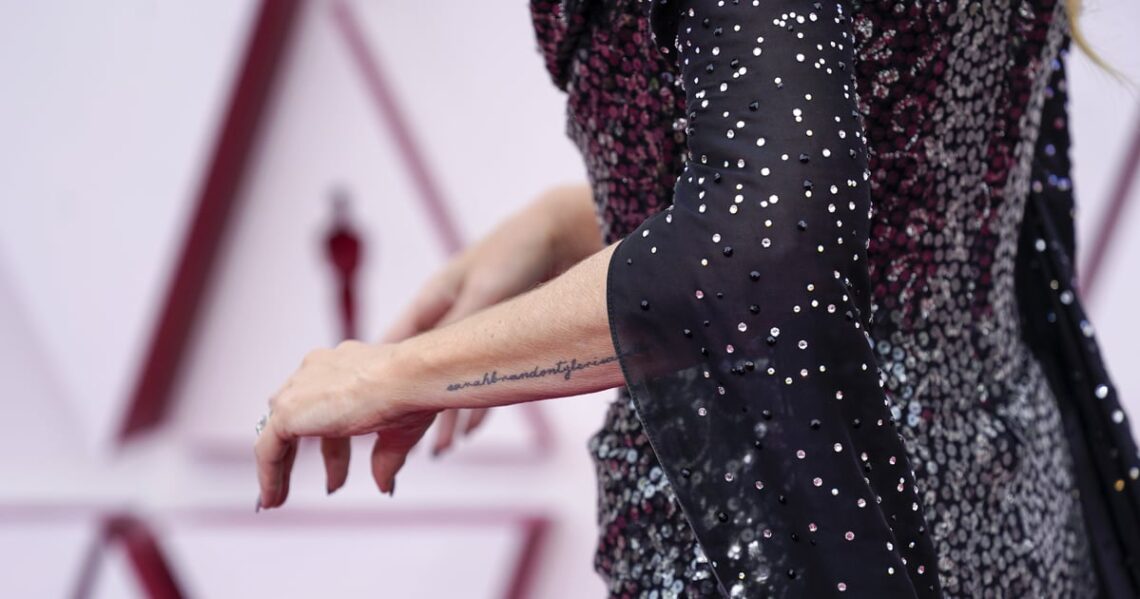 Marlee Matlin gave the Oscars’ best documentary short subject award and best documentary feature awards on Sunday. During her huge moment viewers were taken by her tattoo on her forearm. That one is a cursive design featuring the names of all four of her children — Sarah Rose, Brandon Joseph, Tyler Daniel, and Isabelle Jane — but the actor has three other tattoos as well.

As a token of her gratitude to her loved ones, she also received ink other than the former. Matlin also sports a tattoo depicting a compass at the back of her neck. But instead of four points showing the cardinal directions the design replaced each of them with the initials her children. Matlin also has two tattoos on her feet: one that says “Sweet faces, love you very mucho” and another that shows the American Sign Language symbol for “I love YOU”. In an interview, Matlin shared her thoughts with Allure Sarah, her daughter got the same tattoo.

Sarah explained, “Because her mum is deaf she wanted to identify me so Sarah has it in same place behind her ears.” You can see each detail in the following.