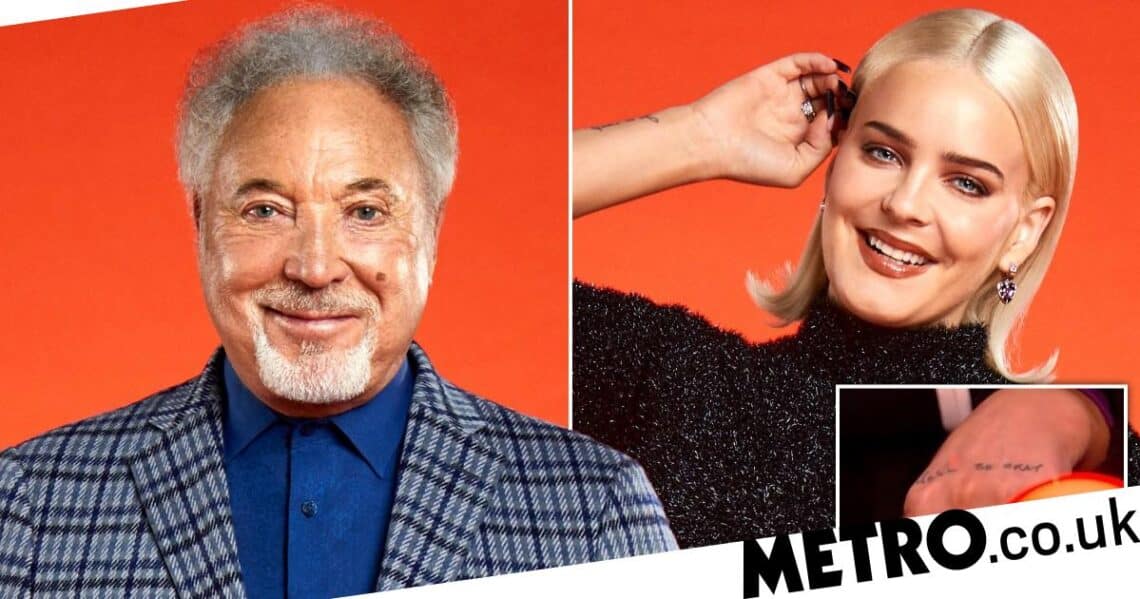 31-year-old chart-topping artist was back with her fellow coaches in the big red seat Olly Murs Sir Tom. Will.i.am Listen out to the top singers of the ITV As the audition rounds progress, there will be competition for members to join their respective teams.

There was plenty of singing and chatting from famous faces. Will.i.am turned his attention towards Sir Tom, asking if he has any tattoos or piercings.

He told his costar he didn’t, saying he didn’t like ‘anything permanent’ while laughing.

Olly and Will.i.am shared they also didn’t have any body modifications before Anne-Marie opened up about hers, including her 28 tattoos.

‘All of my tattoos are written by my friends and what they’ve taught me in life,’ she said, before saying she got Sir Tom to write one for her.

The 2002 hitmaker revealed it says ‘We’ll be okay’, with Tom saying ‘yes, and we will, won’t we?’ to the star as the audience applauded.

Just a few weeks later, the revelation is made public. Anne-Marie was left in tears Lorna recorded Sir Tom singing a song that he sang during the broadcast in memory of his late wife, Melinda Trenchard.

Sir Tom sang a rendition of I Won’t Crumble that he dedicated to Melinda, who died in 2016 after a battle with lung cancer.

He said that the ballad was very important to him before he sang.

‘I try to pick songs that mean a lot to me. And this song is trying to tell you that people that you love, sometimes they need to be backed up,’ he said.

‘You need to give them strength and encouragement.’

Sir Tom was 12 when he met Melinda and wed four years later. Anne Marie saw him shedding some tears after his emotional performance.

He told the audience: ‘My wife, you know, she was dying of lung cancer, so I said, you know, I was always able to fix stuff, to do things if she needed me I was always there.

‘She said, “Don’t crumble with me, don’t fall now, you’ve done everything you can, you must carry on and do what you do.”