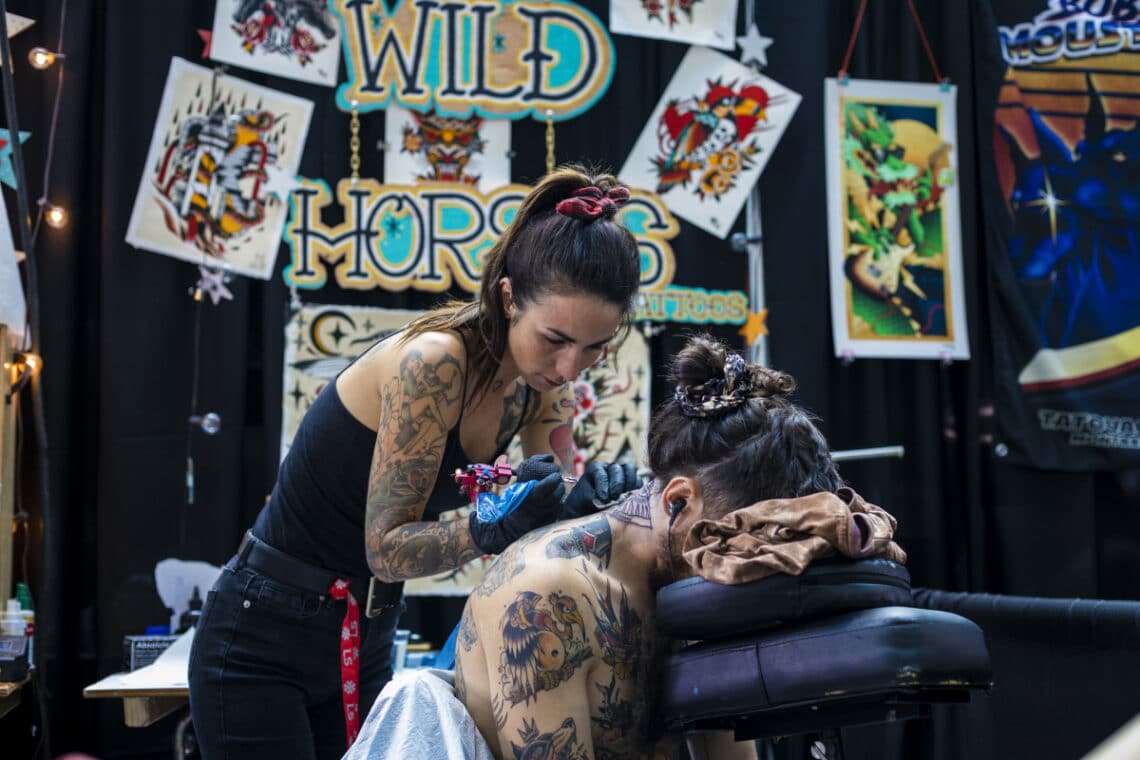 Montreal is a leading city for tattooing thanks to Festival

Montreal’s largest annual tattoo event made its big return last weekend after a two-year hiatus. It was the 18th Art Tattoo Show Montreal edition, which celebrated its 20-year anniversary. 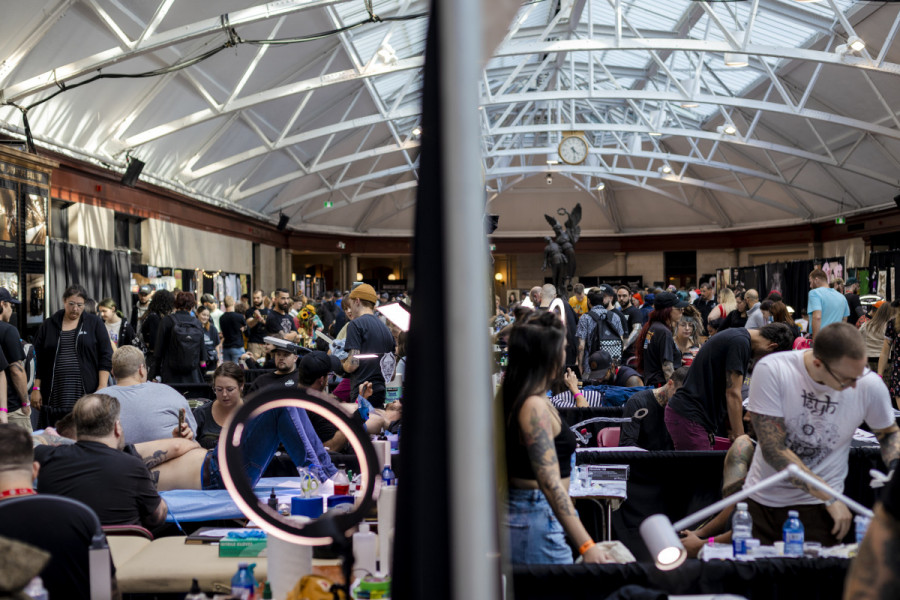 From Friday, Sept. 16th through Sunday, 18th, the event took place downtown at Windsor Station. The event featured artists representing 196 studios worldwide and allowed attendees to practice their craft. There were many options for those who wanted to ink themselves on-the-spot: Nearly every type of tattoo art, including hand-poked Korean and neo-classic colours, was available at the event.

There were tattoos for all budgets as well, with small flashes starting at $120 to $150 and much, much bigger pieces for those who didn’t mind withstanding the curious gazes of onlookers over the several hours that a large tattoo can take. 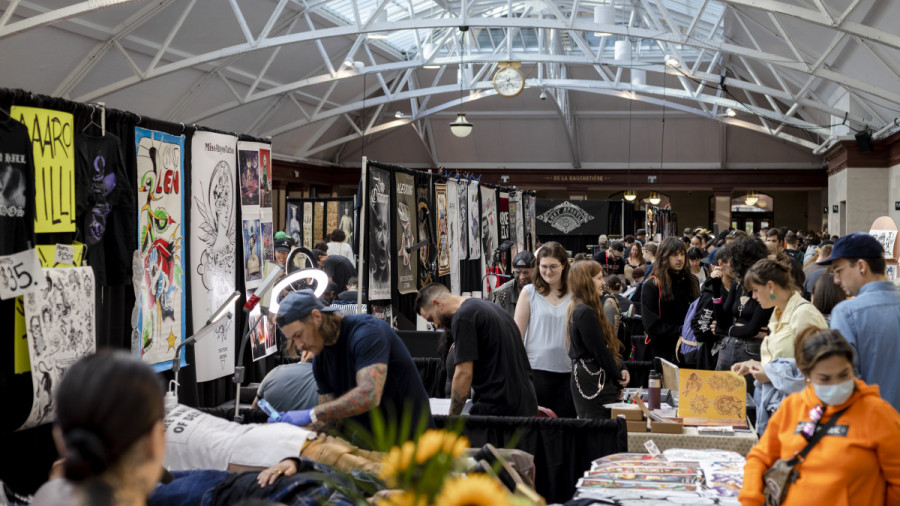 “Normally it’s painful, but with a good vibe like this, with everyone around stalking and watching you, the vibe is really nice for getting tattooed,” said Cedric Guavremont as he proudly showed off a freshly inked eagle on his side rib. “I was half naked all the time, I just had half of my boxer just there and everyone was watching my ass, but I don’t care, everyone has already seen an ass.”

The convention offered more than just new tattoo clients. It was also an opportunity for artists to meet their peers. Sebastian Crow Choi traveled from Ottawa to attend the event. “I had forgotten how much fun a convention is because you get to meet a lot of artists and the atmosphere is great, we all get to see each other’s work up close,” he said. “I’m selling some merch but I don’t really do it for the money, I just want people to know that I’m artistically available for tattoos whenever I come to Montreal.” 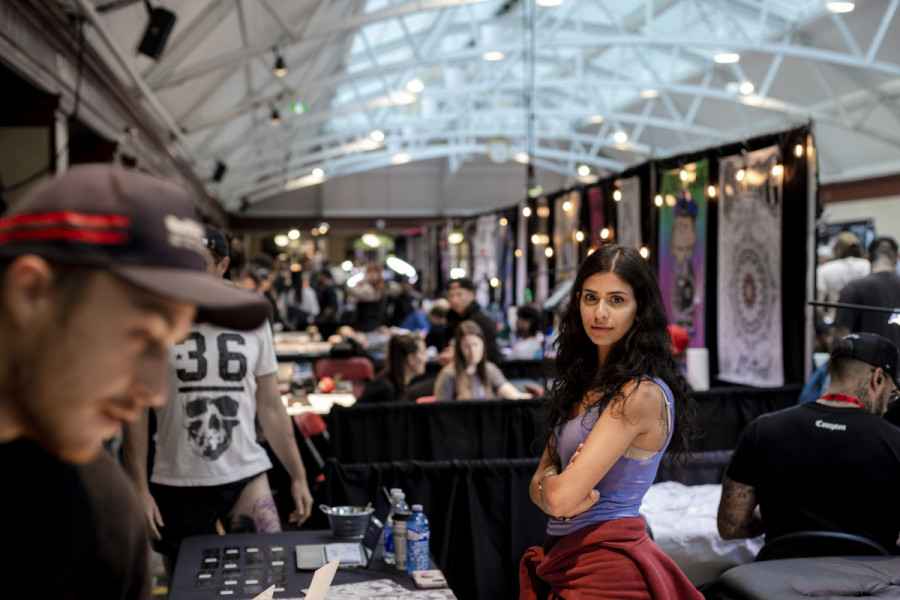 In high numbers, local studios were also represented. Juliette Albeaux of Le Malandrin studio at 282 Rachel St. claimed that she had never met most of the artists in her area and was unable to get to know them all. “There’s a great artistic exchange, people give each other many tips, share a lot, I’d say we consider ourselves colleagues rather than competitors,” Albeaux said.

The last editions were put together by Studio Tattoo Mania at 5335 St. Laurent Boulevard. Valerie Edmond and Pierre Chapelan handpick each exposing artist. “It’s hard [to make that selection] because nowadays, a lot of people are really great, so we have a long waiting list,” said Chapelan . “It’s a huge platform for them because Art Tattoo Montreal is well known in the circuit of conventions, so if you’re able to make it here, it’s kind of cool on your curriculum vitae.” 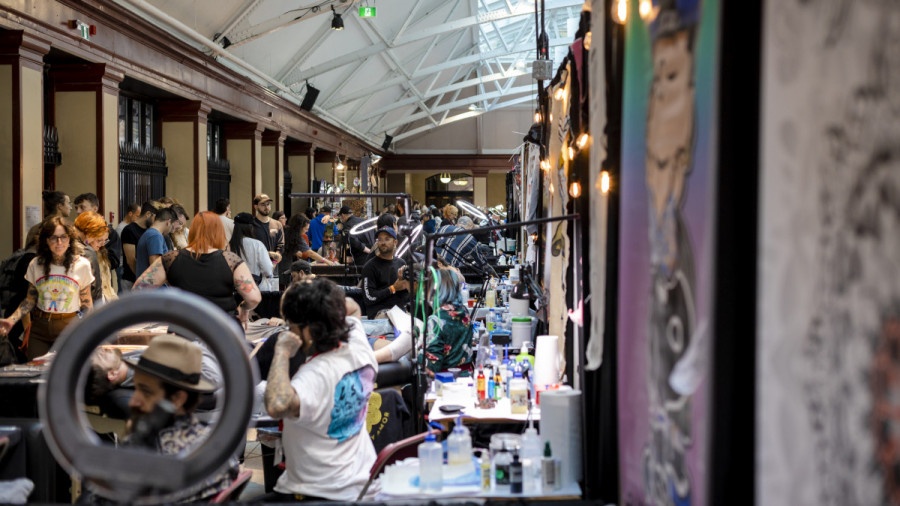 This edition of Montreal’s tattoo art show might be over, but the city’s tattoo scene remains vibrant, alive and well, and will gather again next year for more inking.