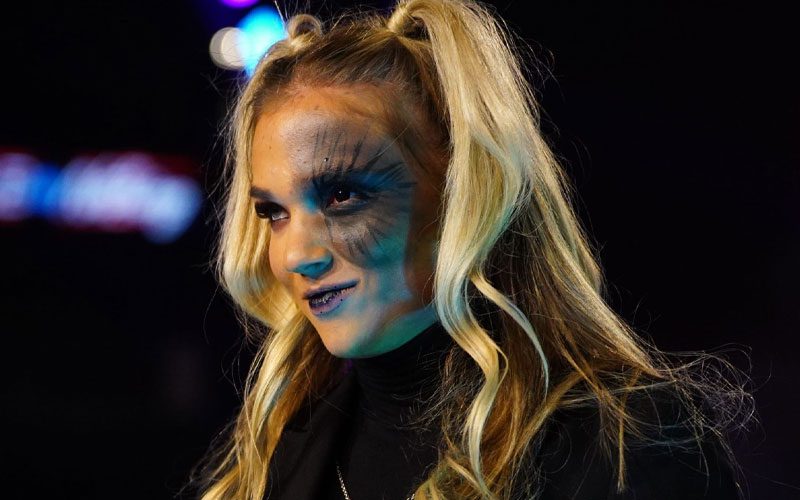 Julia Hart’s in-ring appearances have been sporadic AEW. After being used mostly as a valet by Griff Garrison and Brian Pillman Jr., she has now departed to the House of Black. Hart has recently shown off the latest ink she applied to her skin, which completed her heel turn.

Julia Hart took to recently Twitter Her latest tattoo was displayed. Her tattoo included a snake to show off her gothic taste. Julia also gave Malakai black and Brody King a big shout-out for their full body tattoos, while admitting that it hurts.

Got a tattoo yesterday 😈 honestly don’t know how
@Brodyxking & @malakaiblxck are full-body tattoos. Respect because it makes my skin itch like a bitchhhhh. I love it though and can’t wait to get more one day!🖤

Hart began training in 2019, and it seems that the company is open to Hart’s new dark AEW gimmick. Hart took to Twitter in May show off her dark aesthetics. To enhance her gothic look, the AEW Star wore a black blazer with fishnet stockings.

In May 2021, the former cheerleader lost to KiLynn King (AEW Dark) in her first AEW match. Britt Baker got her the chance to meet her on the subsequent edition of AEW Dynamite on May 5th. On the May 11, episode of Dark, she aligned herself with the Hollywood Blonds. The rest is history. Check out her tweet.