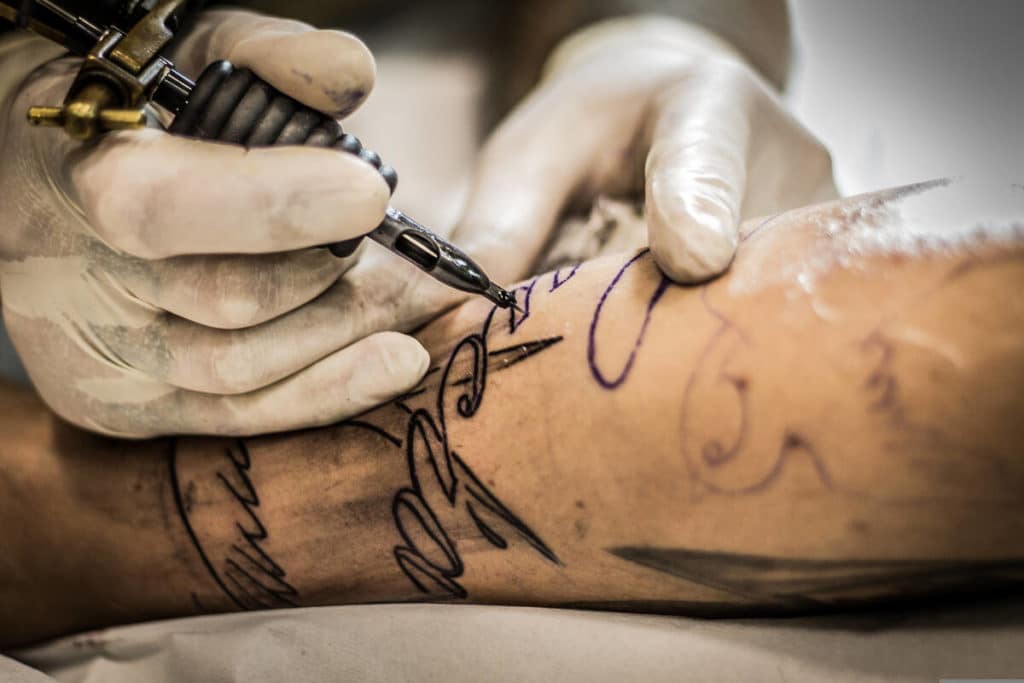 The body art that was once the preserve of sailors, bikers, and counter-culture artists is now embraced by all, professionals included. Riding this new hot wave of activity (pun intended) is Victoria’s Incendiary Tattoos.

“Tattoos are appealing to every segment, all ages, all sexes, all walks of life. The success of reality TV has really helped to usher tattooing into the mainstream,” explained Incendiary’s owner Jim Carter.

“It was once all about ‘bad boys’ and bikers and that sort of thing, but today it can be pretty much anyone. If you don’t have a tattoo today you’ve become part of the visible minority.”

Incendiary Tattoos’ 3200 square foot facility can be found at Suite D, 880 Esquimalt Rd. Incendiary Tattoos was established in 2010 with five members of the team, which also includes himself. The company offers a wide range of body-piercing and tattooing services. “We have a private room for piercing, and an office and storage space. It’s a large open space that has six stations, giving us plenty of room. It’s a really cool environment,” he said.

The world of body modifications has grown exponentially in recent years. This is due to many factors, and not just for women. Carter says that many clients seek his help to express themselves and stand out from others.

“The art is everywhere. The influence of tattooing can be seen everywhere. It’s like we’re in a huge Renaissance period when it comes to tattoos. It’s full force, in your face, everywhere all the time. It’s on the TV, it’s on the radio, it’s in the magazines, it’s in the music and I just love it,” Carter said.

He also suggested that there’s a growing, virtually bottomless need for future practitioners of this distinctive artform – but stressed the world of the tattoo artist isn’t for everyone.

“For those who get into it, tattooing is a lifestyle, not a living. Many people consider tattooing a way of living. It’s in your blood, you don’t fit into the norm, we’re just different,” he explained.

“We have the freedom to work anywhere we want in the world with an artform that is so high in demand that sometimes it just baffles me. Essentially, I’m an illusionist, I draw images on skin, an artist working on a living canvas. I’ve been doing this for 33 years now and can’t imagine doing anything else.”