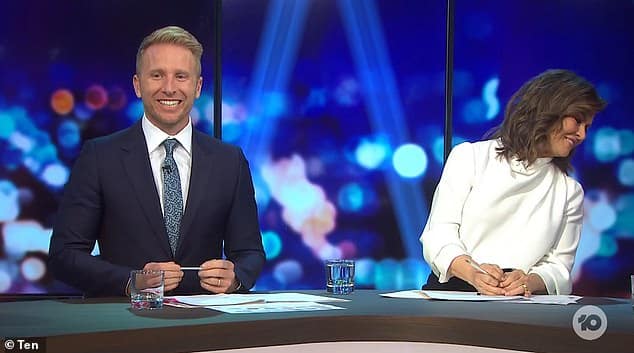 Lisa Wilkinson, The Project’s Lisa Wilkinson, makes an awkward joke when she asks Barry Hall AFL star to show her his secret tattoo on his lower thigh.

Lisa Wilkinson made her fellow stars feel awkward on The Sunday Project.

The panel had been discussing bad tattoos after rocker Joel Madden had appeared to discuss the new season of the show Ink Masters.

Lisa asked her stars if their secret tattoos were hidden. Barry Hall was a guest on the panel and he replied, “You do.” 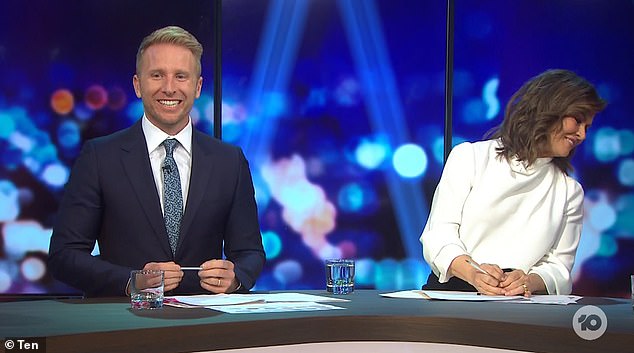 Lisa Wilkinson (right), who tried to examine a tattoo Barry Hall had on her backside, left her co-stars awkwardly during The Sunday Project

‘I’ve got one that everyone knows about… that’s on my arm,’ Barry replied.

“But I also have one, it’s secret and only my wife is aware of it. My right side cheek has the scariest tattoo I have ever seen.

“That is very selfish, because you won’t see it!” Lisa complained and Barry replied that he would never see it. He also said, “It’s very selfish because you will not see it!”. Barry continued: “I will never view it. I suffer from the rapid decline of my nude modelling career.”

“So what’s so bad about it?” Lisa asked. Lisa shot back. 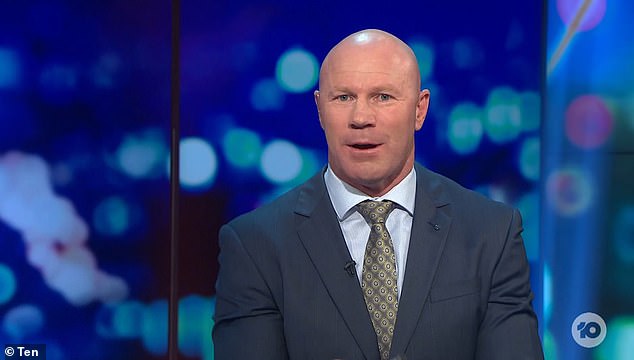 ‘I’ve got one that everyone knows about… that’s on my arm,’ Barry (pictured) replied. But I have another one, which is secret and my wife only knows. My right side cheek has the scariest tattoo you have ever seen

Barry replied, “The colors, it’s purple, yellow, and that’s all it’s about. It’s the shield. I don’t even know what it is, so I’m glad I don’t have to look at them.”

Comedian Susie Youssef then asked, ‘Are you revealing it this evening or…’

Lisa then reached over to Barry’s backside, trying to take a closer look at his tattoo.

‘You almost could… can I reveal what’s happening under the desk tonight?’ As she lean down, she replied. 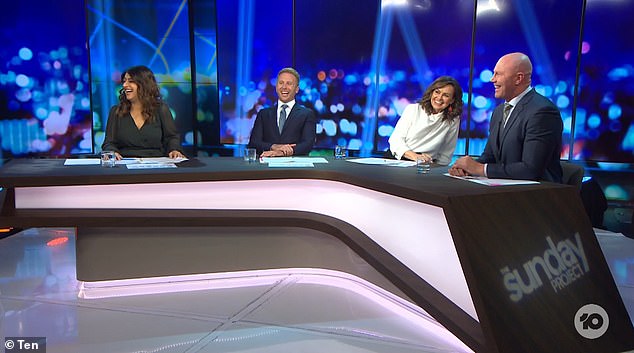 Lisa reached over to Barry’s side and took a closer look at his tattoo. ‘You almost could… can I reveal what’s happening under the desk tonight?’ As she lean down, she replied. Barry complained, “This is becoming strange.”

Barry complained that “this is getting strange.”

Hamish Macdonald, a co-star on the show, tried to stop it and told Barry that he was sorry for his colleague.

Lisa tried again, quipping: ‘Gee I wish everyone could see…’ before finally dropping the awkward subject.

One viewer tweeted that it wasn’t humorous and said: @Lisa_Wilkinson If a man had behaved towards Barry tonight on #theprojecttv, it would be called a misogynist or sexist regardless of how innocent or funny it might have been. 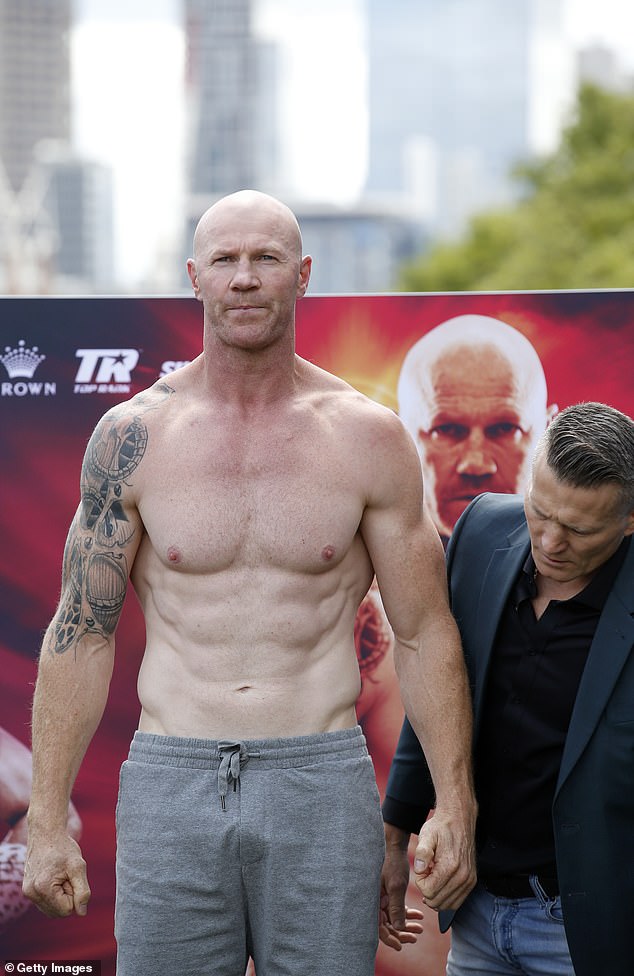