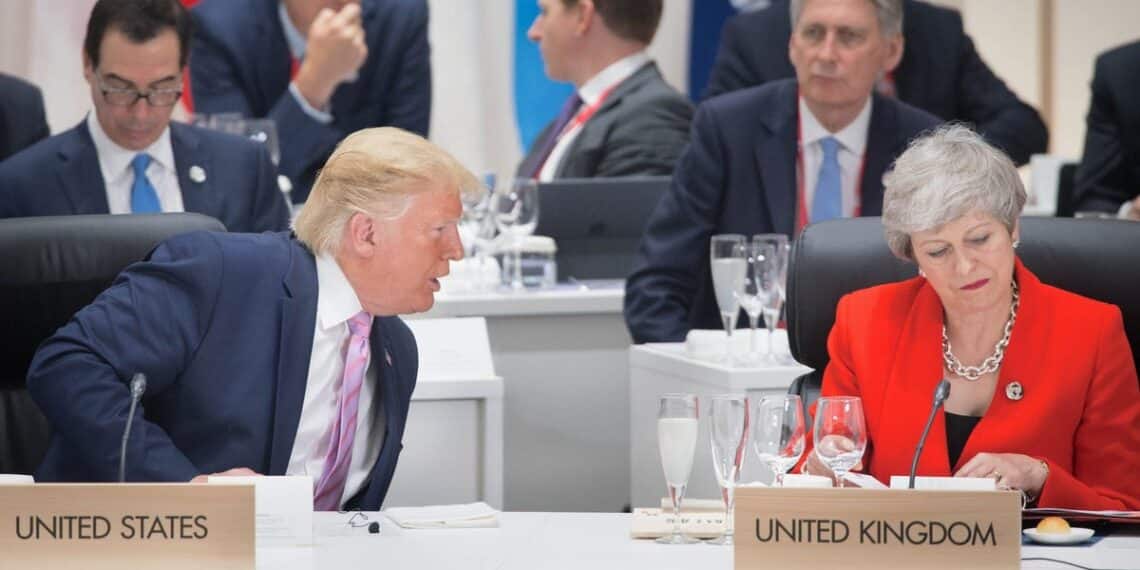 The first time Donald Trump met Theresa May (then Prime Minister) of Britain, they had an intense conversation about the topic.

According to excerpt in The Washington Post of New York Times reporter Maggie Haberman’s forthcoming book, “Confidence Man,” the former president seemed to offer some sympathy to those who are in favor of abortion rights  — though in stark, dehumanizing terms.

According to the book, Trump stated to May that “Some people believe in life, and some are pro-choice.” What if tattooed creatures raped your little girl and you got pregnant?

He also reportedly described then-Vice President Mike Pence — an evangelical Christian — as the “tough one” on abortion.

It is possible that the conversation took place during May’s visit to the United States in January 2017. May was the first leader from the world to meet Trump since he had taken office.

Trump sought out to please his religious base as president. Many of them are opposed to abortion rights. Most significantly, he appointed three conservative Supreme Court justices — Neil Gorsuch, Brett Kavanaugh, and Amy Coney Barrett — who then voted to overturn Roe v. Wade in June of this year the Constitution has been repealed to allow abortion.

Trump was also known to be more open to abortion in the past. stating in an interview Meet The Press, 1999. He stated that he supports “choice in all aspects.”

Ted Cruz, Ted Cruz’s Texas rival during the Republican Presidential Primary 2016 even sought to make it a campaign issue.