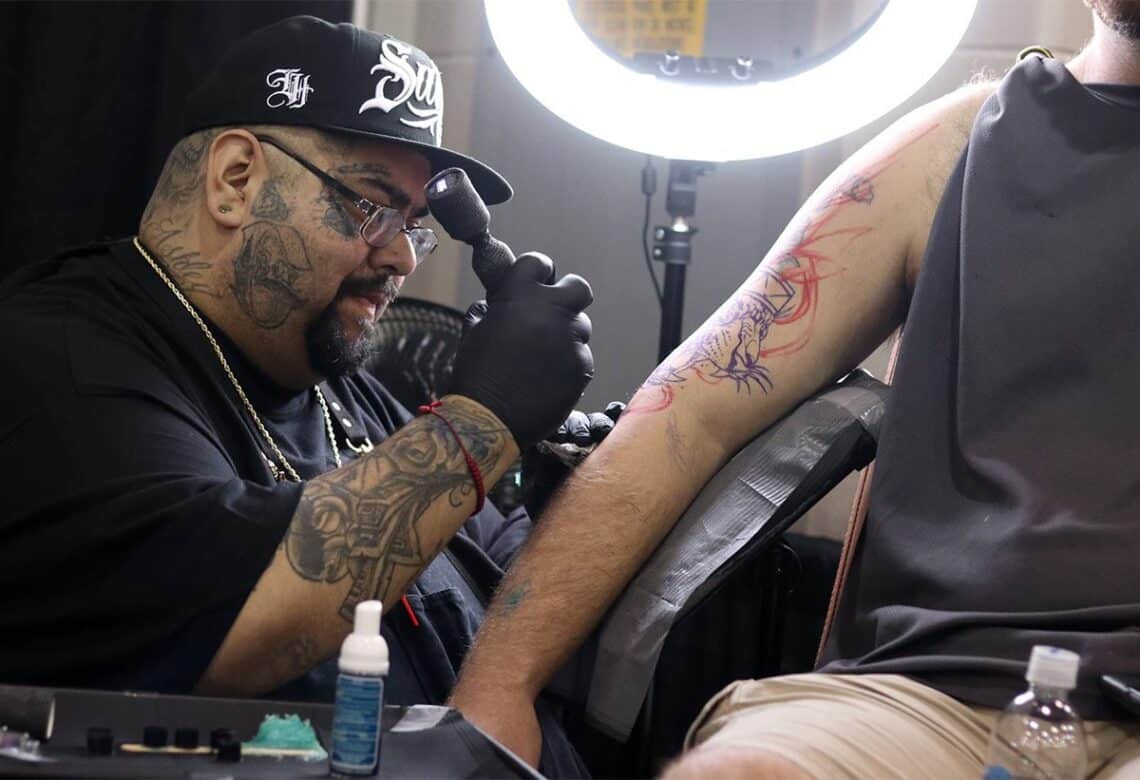 Milwaukee’s largest event dedicated to tattoo art, the Milwaukee Tattoo Arts Festival, returns to the Wisconsin Center Sept. 30 through Oct. 2. Event founder Troy Timpel says this will be their biggest Milwaukee event yet, “with over 400 artists from all over. Artists from all around the US are represented, including those from Italy, England and South America. We have several stars from shows like “Ink Master” “Black Ink Crew” and other tattoo TV celebs.”

Timpel’s tattooing background dates to 1992, when he was going to MIAD and commuting up to Oshkosh on the weekends for a tattoo apprenticeship. A couple years later, Timpel relocated to Philadelphia, where he began working “for the world famous ‘Philadelphia Eddie,’” Timpel explains. “Eddie’s crew kind of finished my apprenticeship off, and I was able to learn from great people in Philly.”

“Philadelphia Eddie” retired in 2002 and Timpel took over organizing his Philadelphia Tattoo Convention, quickly expanding the event, and used his connections to start a Milwaukee convention in 2005. Villain Arts Tattoo Conventions, Timpel’s event company, now does similar events in about two dozen other cities around the country.

In addition to the mass gathering of tattoo artists, Timpel says there will be entertainment from circus sideshow and burlesque entertainers, including local group Dead Man’s Carnival.

“We also do live human suspension where people hang from hooks pierced through their bodies,” Timpel explains. “You’ll see stuff you have never seen before.  We also have a lot of great vendors selling artwork, clothing and jewelry, mostly handmade items.”

Whether you’re covered in ink or looking for your first, Timpel says the convention is a great place to connect. “You can meet the top local talent at the event, and book future appointments with them, if you’re not quite ready to get one this weekend,” Timpel says. “All of the artists on the site have contact info to advance book appointments, or just walk in and get tattooed by available people at the show.”