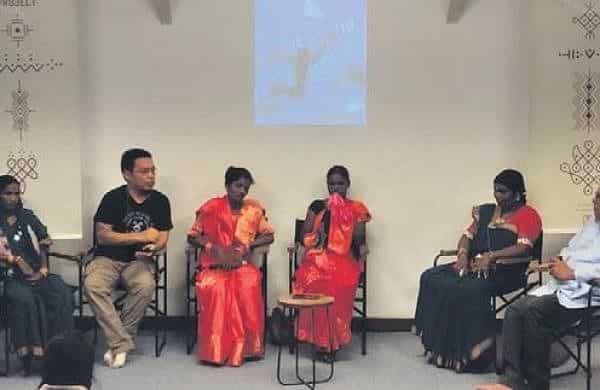 In the slew of stereotypes prevalent in society, the stigma associated with body art is not new. However, tattoos have remained a part of all cultures. Indigenous tattoos have multiple connotations—many denote personal or religious beliefs, some can be used as identifying markers, and there are many who ink for self-expression while some are done as evidence of a crime committed.

Sahana Rao (a local arts practitioner, researcher and artist) will be hosting The Godna Project to give an overview of a few traditional hand-poke tattooing styles. This two-day festival, which ends today, is intended to raise awareness among urban viewers about tattoo techniques and styles at Khuli Khirkee Studio.

The spark of an idea

The idea came to Delhi-based Rao—a master’s in ancient history and archaeology—after she met city-based tattoo artist Moranngam Khaling aka Mo. “Until [I met Mo, and others like him]I was not aware of the diversity and significance of tattoos, their meanings and the importance they have to communities and individuals.

Also, I found it was a fast-vanishing art in indigenous communities. However, urbanization is starting to revive this form of art. This is why I decided to do The Godna Project.” 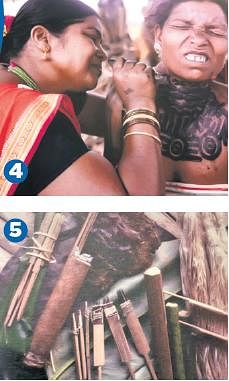 Even though it was raining, many people were still eager to interact with artists and learn about native art forms. Participants were also able to have their tattoos done by the artists. When we spoke to a beaming Mangala Bai, she said with a smile, “Hum pushto se karte aa rahe hai; abhi toh yaha fashion hai (While we have been doing this for generations now, the indigenous tattoo is a fashion statement among youngsters).”

Giving us his take on the event, Mo concluded, “Events like The Godna Project help indigenous artists spread awareness of the art all while creating a space where we can share, learn, exchange, and keep our traditions and culture alive.”