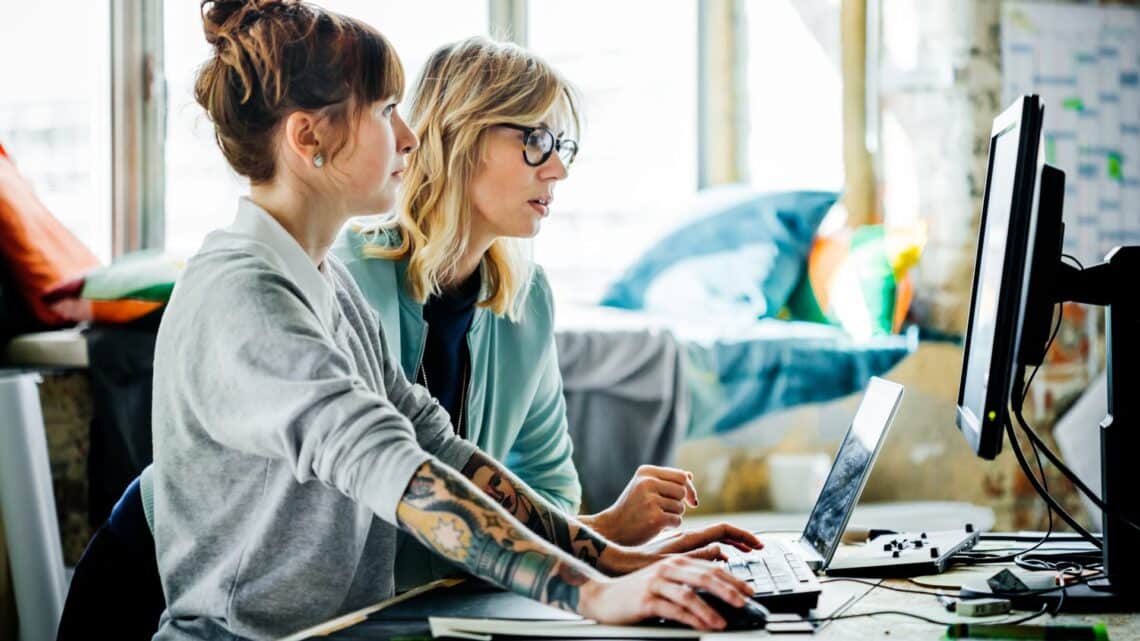 Although research is not exact, recent polling has shown that nearly half of Americans aged 40 and under have tattoos. This could impact the employment market.

The growing battle to attract and retain workers has led employers to adjust longstanding workplace and hiring policies, from embracing hybrid and remote work to eliminating college degree requirements. Another policy that is changing is visible tattoo display on employees.

Some companies like Virgin Atlantic, UPS, and Disney have made it easier for employees to wear their tattoos to work. Many of these moves were made during the last two years, when the labor market was tighter than before Covid and became more competitive in the wake of the pandemic.

Long-term Home Depot CFO Carol Tomé was named CEO of UPS Many of her initial efforts to shake-up the global package delivery company were focused on increasing job satisfaction for the 534,000 employees. Some of these initiatives were focused on style and dress restrictions at the company.

We did not permit facial hair. If you were African American, and wanted an afro, twist, or braid, it was not allowed. Our tattoo policy was more restrictive than the U.S. Army,” Tomé told CNBC last year.

UPS is well-known for its uniformed brown uniforms and strict dress codes for drivers. However, it acknowledged the need to change. Christopher Bartlett (UPS vice president for people and culture) said that UPS needed to create “a modern workplace that allows our employees to bring their authentic selves into work.”

UPS began by looking at its policies regarding hair and beards. In the past, UPS prohibited men from having any hair beyond their collars. This revised policy was released in November 2020. It now allows beards, mustaches, and a range of natural hairstyles. However, the policy states that employees must maintain an appearance appropriate for their work and workplace. It also stipulates that beard length and hairstyles cannot be considered a safety risk.

Different views about tattoos at work

Bartlett explained that after this policy was widely accepted, UPS began to look at changing its tattoo policy. Previously, the company barred employees from showing any visible tattoos — workers with tattoos had to cover them with long sleeves or pants, or skin-colored coverings.

UPS came up with a policy in April 2021 to allow employees to display their tattoos, provided that they do not contain offensive images or words. Also, workers are not permitted to tattoo their heads, neck, or hands.

Bartlett stated that tattoos are important to people. “While there were times when people might get a tattoo out of whim or fervor, tattoos now matter more to them; they’re part of their identity.” “We wanted people feel that they can bring themselves to work in any job, but also as they think about their future career.”

Disney’s parks division underwent a similar shift in April 2021, updating its dress and style code to allow workers to show their tattoos, which it said was part of a wider effort to make its employees and guests feel more welcome at its theme parks.

Josh D’Amaro is the chairman of Disney Parks, Experiences and Products. The policy change allows for more freedom in personal expression around gender-inclusive hairstyles and jewelry. wrote in a blog post Visit Disney’s site.

D’Amaro explained that they are updating the cast to ensure their relevance in today’s workplace and to allow them to express themselves better at work.

According to Disney’s cast member handbook visible tattoos are limited to an extended hand. Only facial, head and neck tattoos are allowed. Employers can have matching fabric sleeves for larger tattoos that are on an arm or leg. All tattoos which depict or use offensive, inappropriate, or nude language or that violate company policies or are prohibited by the company are also forbidden.

U.S. Army took similar steps in June, rolling out an updated directive that expanded the U.S. Army’s tattoo allowance to include tattoos on hands as well as the back of your neck. In 2015, Army had relaxed the restrictions that restricted how many tattoos recruits or soldiers could place on their arms or legs.

According to Maj. Gen. Doug Stitt (Director of Military Personnel Management), “We constantly review our policy to ensure that the Army remains an option for as many people who wish to serve,” Army’s news service. “This directive is sensible for Soldiers in active service. It also allows more talent to have the opportunity now to serve.

The United States Army Training and Doctrine Command reports that 41% of all 18-to-34-year-olds have at minimum one tattoo.

Enrica Rubgs, associate professor at University of Houston C.T. According to Enrica Ruggs of the University of Texas C.T., there has been a long history of negative attitudes towards tattoos. This stemmed back from biker culture and an assumption that those who were rebellious got tattoos. It was also reflected in corporate culture. For example, hiring managers may stereotype applicants who have visible tattoos. Or employers might worry that tattooed employees would be a turnoff to customers.

However, Ruggs said recent research found that most tattoos now reflect a sense of belonging – for example, in-memorial images, callouts to their culture or profession, or a tattoo that matches one on a loved one.

Ruggs carried out an experiment that measured the customer’s reaction to employees with temporary tattoos. Although customers may still hold negative views about tattoos in general, employees with tattoos had twice as many sales than those without them. Customers did not perceive the company negatively because of negative stereotypes. Ruggs’ research revealed that tattooed workers in creative and white-color jobs were more valued by customers than employees who weren’t.

Ruggs stated that part of the argument was that the policies would hurt the company, which could lead to a change in a customer’s buying behavior. If service is the core of your business, it’s impossible to change. However, allowing some policies to be relaxed can increase employee morale, and allow you more people to work for you, which could improve employee performance. Employees who are satisfied and happy with their employees will be more productive.

New York City Council is currently considering a bill which would curb discrimination in workplaces against those with tattoos. It would allow tattoos to be added to existing discriminatory categories, such as sexual orientation or race. Employers would be able to require that their employees have tattoos covered, but they would need to demonstrate that the tattoos are not a bona fide occupational qualification.

Bartlett stated that, after UPS had changed their policy, several UPS employees started posting UPS-themed tattoos to the company’s message board.

After a 25-year career as a driver here, I think it matters that someone places a UPS logo over their face. It shows the company cares about them.” he stated. “This isn’t a P&L play here, but this is about inclusion and bringing your authentic self to work.”

What does the Joker tattoo mean on TikTok and why is it trending?