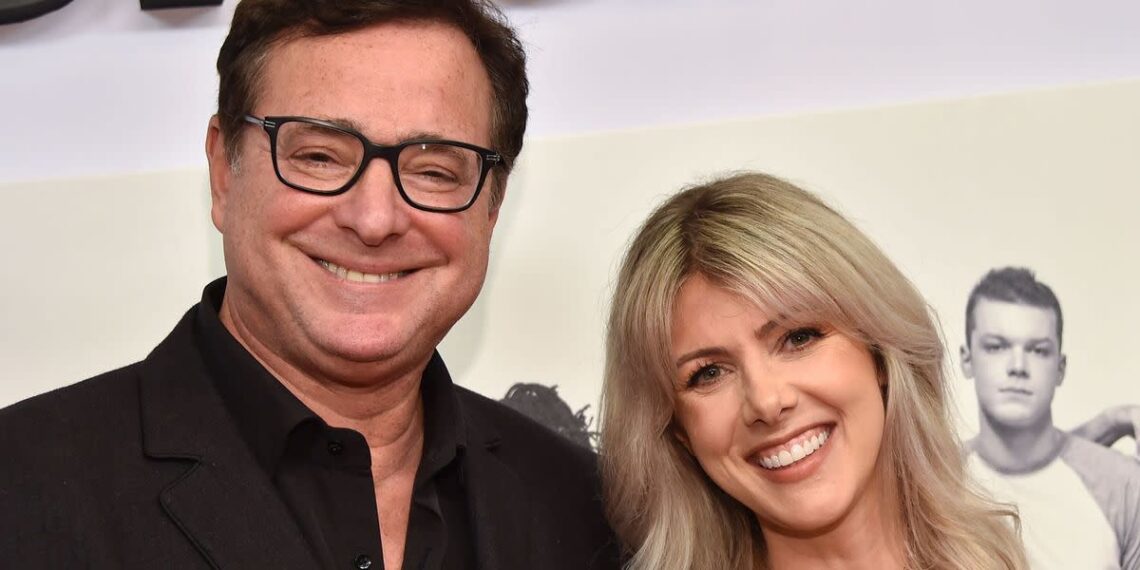 Kelly Rizzo paid tribute to her husband Bob Saget with a tattoo that was a tribute to his favourite drink, the martini.

“My tattoo for Bob,” Rizzo captioned a black-and-white photo of the ink she reshared on her Instagram story Sunday. Original photo shared by the tattoo’s artist, Rick Coury.

“He loved his martinis so much,” Rizzo added of Saget.

The entertainer previously noted the “Full House” star’s love of the classic cocktail in a post on what would have been Saget’s 66th birthday in May.

“Honey, everyone loves you so damn much,” Rizzo wrote at the time. “You are one of a kind and you certainly made my world go ’round. I love you more than anything and miss you every minute.”

“Your girls and I will hold on tight to each other today,” she added. “And I know you’d want me to get a martini tonight, so I’ll oblige. Happy birthday, honey.”

Saget began their relationship in 2015, and they were married three-years later. He is survived by his three daughters, Aubrey, Lara and Jennifer, whom he shares with ex-wife Sherri Kramer.

Saget was found dead in his hotel room in Orlando, Florida, on Jan. 9, just after performing a standup set as part of his new comedy tour.

The comedian’s family later confirmed that his cause of death was related to an accidental head injury.

Get Ready To Suit Up With These Gundam Tattoos