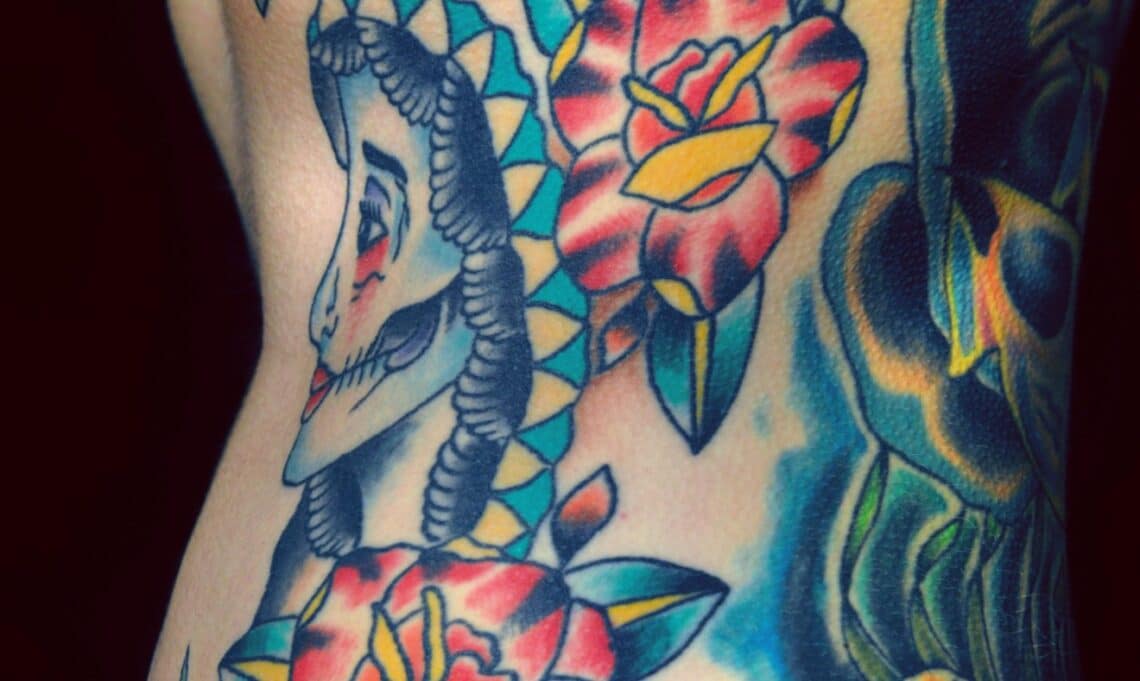 The 2022 Savannah Tattoo Festival takes place from Oct 21 to 23, at the Savannah Convention Center.

It will feature between 300-400 tattoo artists from both the local community and internationally, with some stars of Ink Master.

Villain Arts brings the tattoo conventions to locations across the country.

Troy Timpel, the promoter and owner of Villain Arts and the organizer, is responsible for all conventions including the Savannah one. The company was founded by Timpel in 1999.

“I started the company, and it was kind of a side project for me. I’ve been a tattoo artist for 30 years and decided to kind of do a side project back then. The clothing label was my first venture. Philadelphia Eddie started the first Philadelphia Tattoo Convention, which I managed until 2003. He retired and I took control of Philadelphia’s Tattoo Convention with Villain Arts. Then I just started to expand into other markets, and every year we’ve grown in another city or show over the last 25 years,” said Timpel.

“Philadelphia Eddie” is a very famous tattoo artist who passed away six years ago.

“It’s an opportunity for tattooers to travel, interact with each other, learn, see the new equipment, and tattoo the public. It allows the public to get tattooed by artists from all over the world that they would no longer otherwise have access to,” said Timpel. 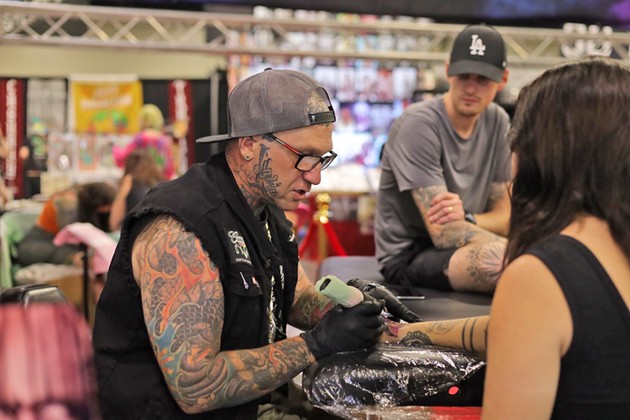 Timpel said that although there will certainly be international artists at the event, Timpel and his company are committed to supporting local artists.

“We promote the local environment and encourage local artists to participate in our events as well,” said Timpel.

Villain Arts was contacted by a large number of tattoo artists who participated in the event.

“I’m friends with a lot of the guys that were on the show Ink master, before and after they were on the show. It’s a good show, and it shows the public what tattooing is really capable of. I think it expanded people’s interpretation of what tattoos are. It’s a positive thing. Good art is something I enjoy. There are a couple of other, random TV show people that pop in and out of our events,” said Timpel.

Tattoo artists are independent contractors who charge different prices. It’s a competitive marketplace for getting a tattoo, with a large group of quality artists.

You can make an appointment online or walk in to the studio. You will find a number of different vendors at this event.

“We have a lot of handcrafted art vendors. Handmade jewelry, clothes, accessories and other handmade items are all available. It’s kind of like an art fair built into the tattoo festival. There is also a great selection of world-class entertainment. We have Guinness Book of World Record holders, sword swallowers, and live human suspension, where people pierce their bodies and hang from the ceiling, for the public’s entertainment. There is a lot going on. A lot of really, really cool, interesting entertainment,” said Timple.

“We have a juggler and a lot of really cool entertainment all weekend long, all family-friendly. Bring the kids, get tattooed, kids can’t get tattooed, but you can certainly bring them and enjoy the event. To get tattooed, you must be at least 18 years old. It’s a really interesting, fun event. You’ll see things you’ve never seen before. You know, at 20 bucks, you’re losing money not coming.”

Timpel is thrilled to be bringing his convention to Savannah. The convention will then travel to Tampa, Florida and Asheville North Carolina.

“I like Savannah. Savannah is a small, charming town. It was a cool place where I met friends several years ago. I said, ‘wow, this place is great, I should do an event here,’ and a couple of  years later, here we are,” said Timpel.

You can find more information about the event and purchase tickets at www.villainarts.com