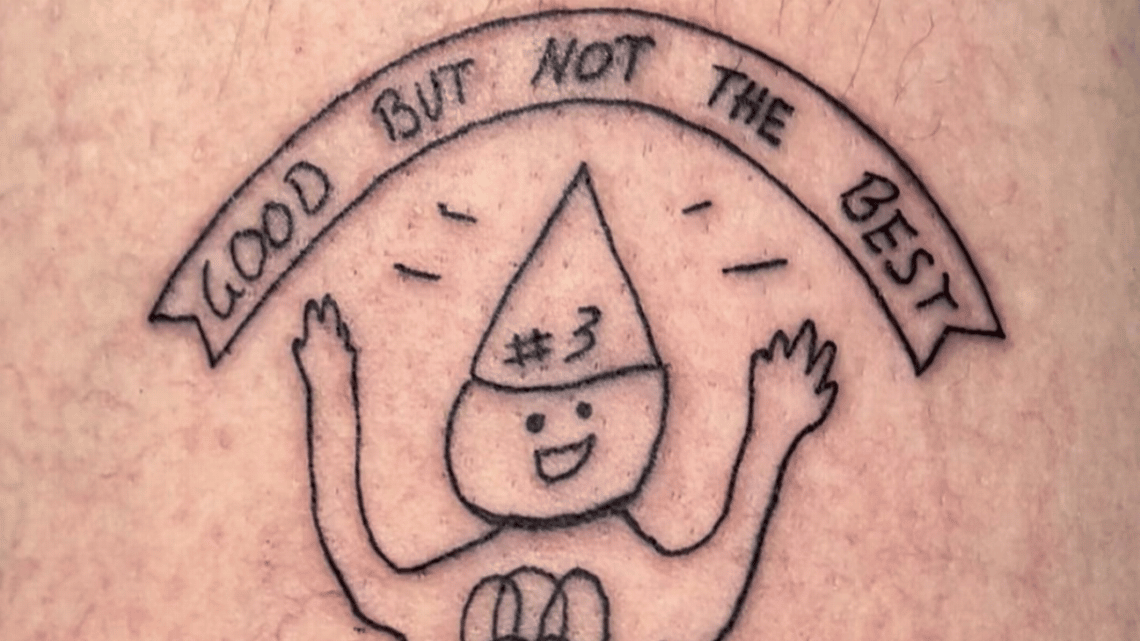 Jan Scherrer, the Swiss snowboarder, made an agreement to his wife Sasha before he went to Beijing in February for his third Olympics. He would need to have any tattoo that she wants if he won a Beijing medal, which he had not done in his two previous Olympic Games.

Scherrer shared this in an Instagram video last week.

Scherrer won the bronze medal at the halfpipe. He was 28-years-old now and fulfilled his promise to his wife eight months later. As any decent partner would, Sasha got to enjoy the “whatever” portion of this bet.

Sasha used all her artist skills to draw the tattoo of Scherrer. The image depicts Scherrer in a noseless, pantsless — but undeniably joyous — snowboarder sporting an Olympic-themed sweater with #3 and a party cap that says “Good but no the best.” You can frame this at the Louvre.

For the rest of Scherrer’s life, Scherrer will have this hilariously perfect masterpiece permanently on his right leg. Sasha saw the tattoo firsthand in a video. Wow.”

Diehard Phillies Fan Gets Tattoo Tribute, Thanks to 2 Players